Halston Sage –A popular American actress and model who gained recognition for her flawless role as Grace on the Nickelodeon Television series, ‘How to Rock’, in 2012.

Who is Halston Sage?

Halston Sage is an American actress and model known for her role as Grace on the Nickelodeon TV series, ‘How To Rock’ in 2012. She began working as a model at the age of fourteen before she became prominent. Prior to this, she was a competitive equestrian as well, she has appeared in various horse riding competitions as well. However, her love for acting moved forward when she auditioned for ‘How to Rock’, which went on to become a huge commercial success.

Thereafter, she worked in a number of movies and TV series in the next couple of years. Additionally, she has worked in the film named “Paper Towns”, which was aired in 2015 in which she appeared as Lacey. She also portrays Brooke in the 2014 film ‘Neighbors’, Taylor in the 2015 film ‘Goosebumps’, Alison Hewitt in the 2017 film ‘You Get Me’ and Dazzler in the 2019 film ‘Dark Phoenix’. Apart from film and television, Sage has appeared in a couple of music videos as well.

Halston Sage is the stage name given to her. Her real name is Halston Jean Schrage. She was born on 10 May 1993 in Los Angeles, California, United States. Sage was the eldest child born to Lenny and Tema Schrage and was raised alongside two siblings, Max and Kate. She is currently 27 years old with a Taurus zodiac sign.

Halston Sage holds an American nationality and follows a Jewish religious background. She has a banana-shaped body type with a dark brown pair of eye color and blonde hair color. Besides this, she stands 5 feet and half inches (1.66m/166cm) tall and weighs around 55kg (121lbs). Her body measures 32C-24-34 inches.

Halston Sage loved acting even as a young child and often acted in school plays. She also wrote short stories. During high school, she decided to become a professional actor and started auditioning. There is limited information about Halston Sage’s schooling and education. However, she was an excellent at equestrian events in school and was also an editor for her school newspaper. Sage started modeling early in her career and was an accomplished model when she was just 14. Also, she shares strong bonding with her younger brother and sister and loves spending her leisure time with them.

Halston Sage was in a relationship with James Maslow from 2012 to 2015. The couple meets each other on the sets of ‘How to Rock’ and started dating early in 2012. However, they decided to break up in 2015 on good terms. They continue to remain good friends. After their break up, Sage was rumored to be dating her ‘Neighbors’ co-star Zac Efron, but neither Sage nor Efron confirmed anything. Finally, in September 2018, Halston posted a photograph of cuddling up with Charlie Puth, a singer and musician. The media had long speculated the relationship between the two, and the uncaptioned photograph confirmed the news. However, neither Sage nor Puth has commented on their relationship. 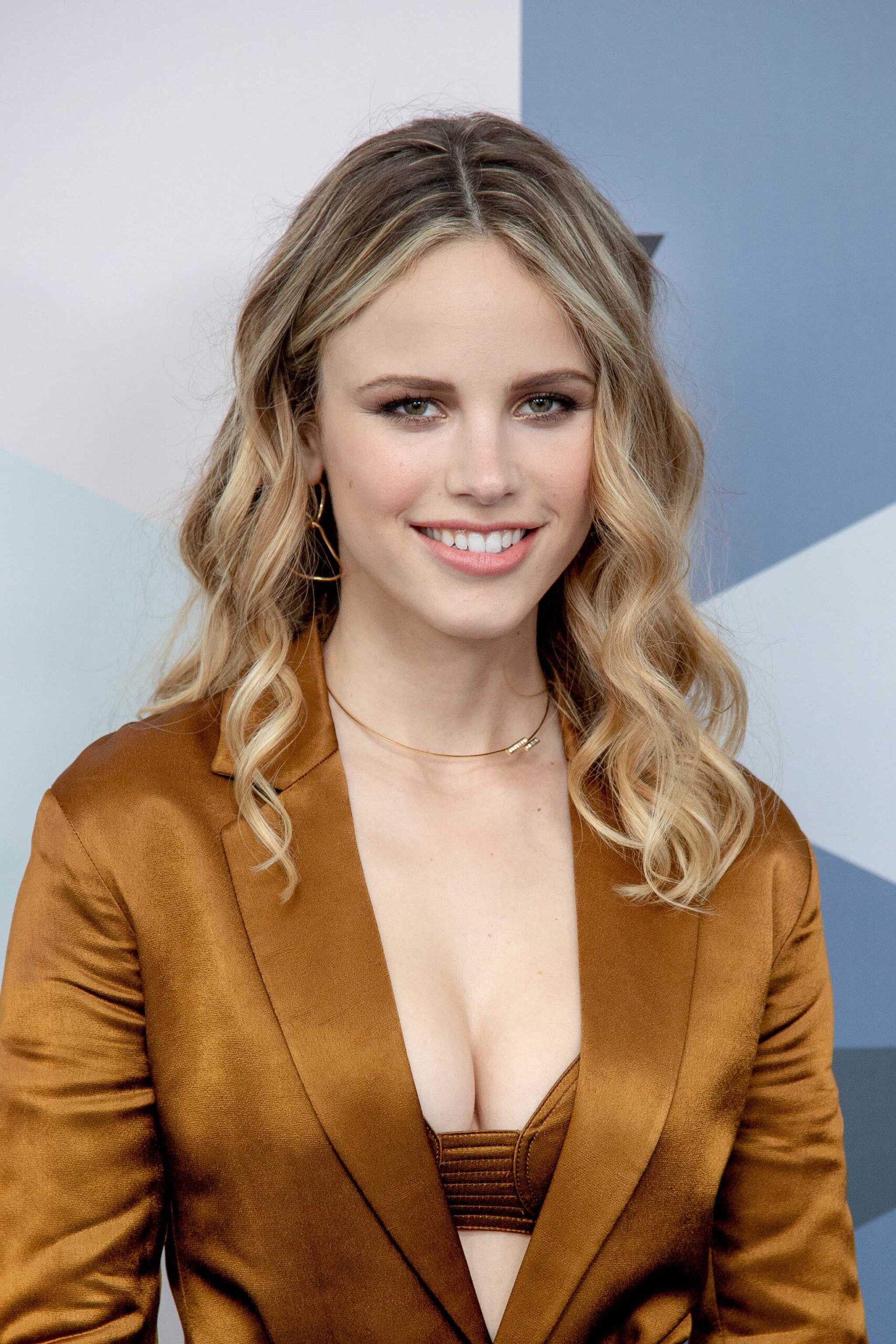 Halston Sage came to the limelight when she was cast as Grace King in the Nickelodeon TV series ‘How to Rock’. She was cast as one of the main characters in the show and made an appearance in 25 episodes in 2012. The show ran for a single season and was a commercial success. This series served her as a ladder to her career in the entertainment industry.

Her another appearances in 2012 was in the TV series ‘Victorious’ as Sadie, she portrayed as a guest star in ‘Bucket & Skinner’s Epic Adventures’, and as Briana in the teen drama movie ‘The First Time’. She was also a panelist for four episodes of the child game show ‘Figure It Out’. Additionally, in 2014 she was cast to play the lead character of Amber Fitch in the American drama series ‘Crisis’. She acted alongside Dermot Mulroney, Lance Gross, Rachael Taylor, and Joshua Erenberg, among others. The short-lived NCB thriller show earned her critical acclaim.

Likewise, she began shooting for the science fiction series, ‘The Orville’, in 2016 which was premiered on Fox in 2017, September 10. She played the recurring character of Alara Kitan who is Orville’s young chief of security. Though the show was popular, it was not critically successful but was renewed for a second season. She also did ‘Magnum P.I.’ as Willa and as the main role Ainsley Whitley in ‘Prodigal Son’ in 2019.

Apart from the TV series, she also appeared in films. She appeared as Brianna in the 2012 teen drama ‘The First Time’. In 2013, she appeared in ‘The Bling Ring’ as Amanda alongside Emma Watson in the Sofia Coppola directed the film. Though a minor role, the movie’s star-studded cast ensured it was well covered by the media. She also starred in the movie ‘Grown Ups 2’ alongside Adam Sandler and Chris Rock. Similarly, in 2014 she was seen in the movie ‘Poker Night’ and in the comedy film ‘Neighbors’ which starred alongside Zac Efron and Seth Rogen. 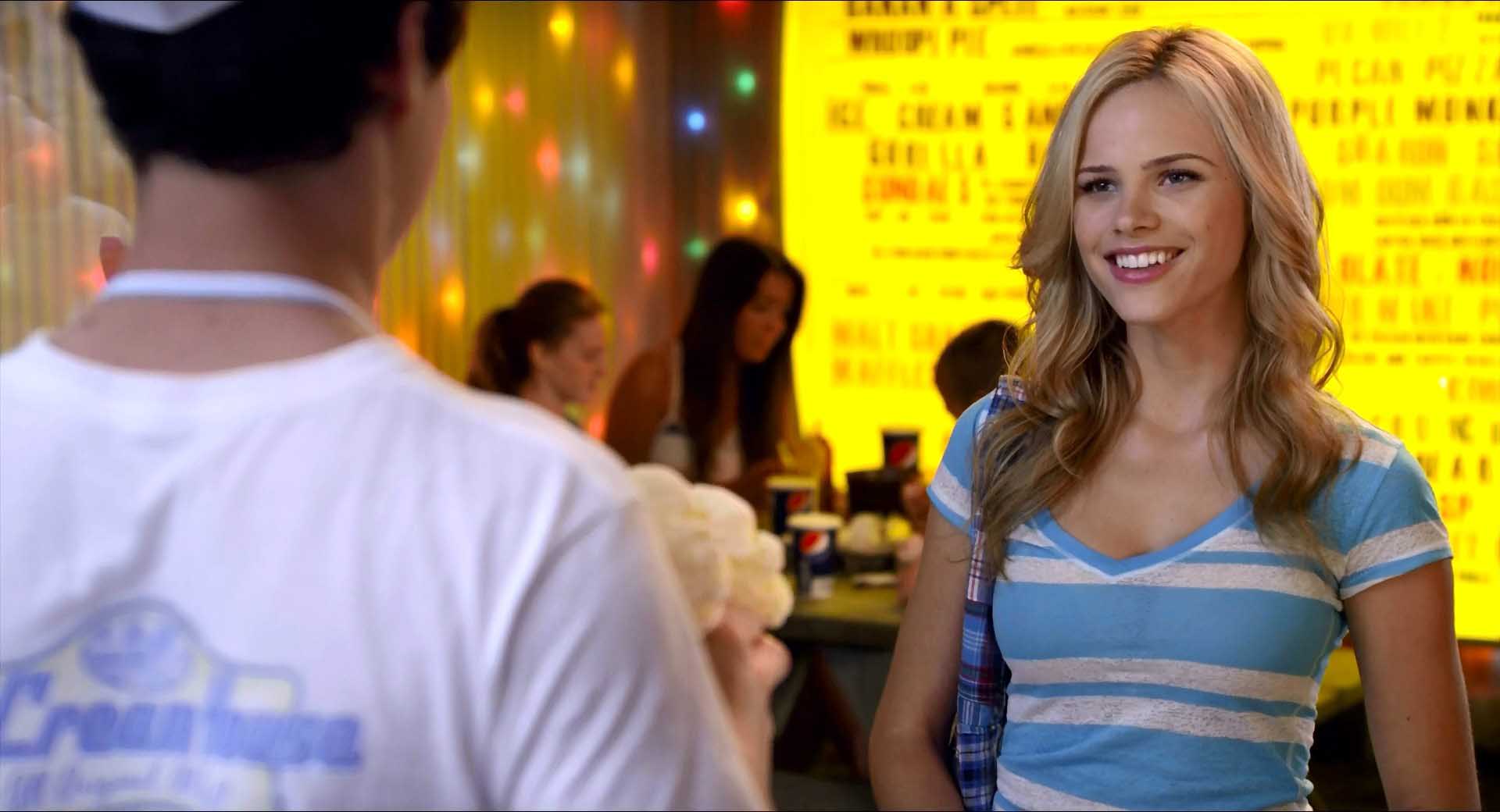 Furthermore, in 2015 Sage played in the film adaptation of ‘Paper Towns’ as Lacey Pemberton, the female protagonist’s best friend. The movie was directed by Jake Schreier and starred Cara Delevigne and Nat Wolff. The film was both commercially and critically successful. In the same year, she also appeared in the movie ‘Goosebumps’ where she starred alongside Jack Black. She also played the role of Kendall in ‘Scout’s Guide to the Zombie Apocalypse’. Both movies were with big production houses, which gained her more fame and fans.

2017 was her year, she was roped in to play Lindsay Edgecomb in the movie ‘Before I Fall’ opposite Zoey Deutch. She was also seen as Tasha in the dramatic comedy ‘People You May Know’. In addition, she was also cast in the lead role for the Netflix film ‘You Get Me’, which was released in the LA Film Festival in 2017 June. It starred other stars like Bella Thorne and Taylor John Smith. Her recent movies in 2019 are ‘The Last Summer’, ‘Late Night’, and ‘Dark Phoenix’.

Apart from TV series and films she also was seen in music videos, her first music video was ‘Begging on Your Knees’ with Victoria Justice in 2011. Her second music video was with Zac Brown Band in 2015 titled ‘Loving You Easy’.

Halston Sage earned a nomination for the MTV Movie Award “Best Kiss” for her onscreen kiss with co-star, Rose Byrne in ‘Neighbors’ in 2015.

Halston Sage has been working steadily over the years. Her story serves as an inspiration for those who look up to her and others who plan to pick a career in the entertainment industry.  As of 2020, her net worth is estimated at $3 million.

Eleanor Tomlinson- An Actress and Singer, Who Has Been Active In The Industry Since 2005