John Beilein – A Professional Basketball Coach, Head Coach of The Cleveland Cavaliers, Who Started His Career by Playing for The Wheeling Jesuit University from 1971 to 1975

Who is John Beilein?

John Beilein is among the famous celebrity who has made him name focussing on his professional career. John is a basketball coach. Presently, he is a head coach of the Cleveland Cavaliers. Before, he has coached to several clubs and teams, including “Michigan Wolverines,” “Richmond Spiders,” “Le Moyne College,” and “Nazareth College.” Moreover, in total, John has won 829 games, including his junior years. Furthermore, John is famous for his wins at four different levels; NCAA Division I, NCAA Division II, NCAA Division III, and junior college.

John Beilein was born on February 5, 1953, in Burt, New York, as John Patrick Beilin. He was born to his father, Arthur J. Beilein, and his mother, Josephine Niland. Arthur was a policeman. Furthermore, he grew up along with his eight siblings. He has the star sign of Aquarius, and the zodiac animal is Serpent. As of 2020, he is 67 years old. 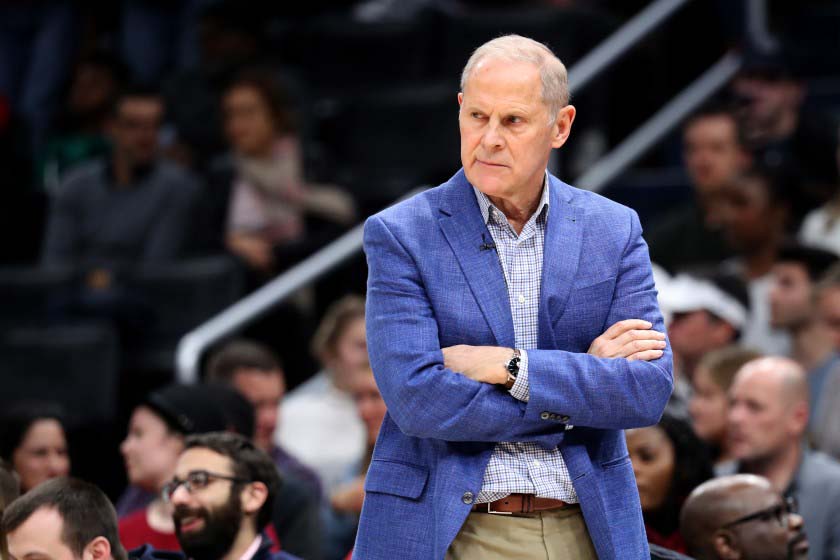 Besides, he holds an American nationality, and as per ethnicity, he belongs to White. Standing an average height and weight, he has maintained his body fit and healthy. Also, his grey hair color and white face make him look even more attractive.

John grew up in an environment where his family worked in a mill and were an apple farmer. However, his two uncles served as basketball coaches in Western New York.

Eventually, from 1982 to 1983, he worked at Nazareth College. Being experienced as a head coach, he started getting more offers for his work. Subsequently, Beilein joined Le Moyne College in 1983. There, he worked for 9 years, withdrawing in 1992. 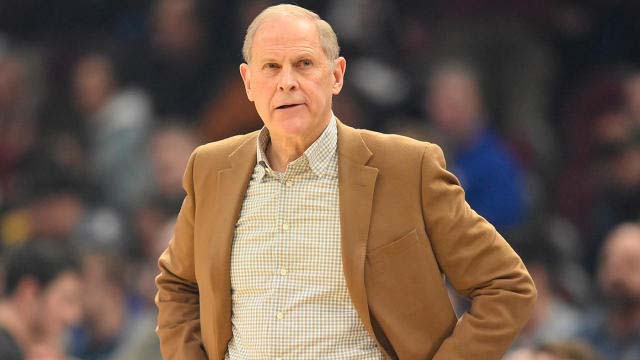 Beilein’s incredible work as a head coach was much respected, and eventually, Canisius Golden Griffins hired him at a Division I post. He coached the team for about five years, relinquishing in 1997. Likewise, he coached Richmond Spiders form 1997 to 2002, following West Virginia Mountaineers from 2002 to 2007. He worked for the longest time from the year 2007 to 2019, for Michigan Wolverines. Besides, he became the 16th head coach of Michigan. Moreover, slowly successful in attaining goals, he finally became the head coach of the Cleveland Cavaliers of the NBA (National Basketball Association). He signed a contract with the team for five years.

John Beilein is a married man. He tied a knot to his longtime girlfriend, Kathleen Griffin. The couple tied a knot on October 14, 1978. Moreover, the couple is blessed with four children; three sons, Patrick Beilein Mark Beilein, Andrew Beilein, and a daughter, Seana Hendricks.

Furthermore, his elder son, Patric, followed his father’s footsteps being a basketball coach at Niagara University. John’s other two sons, Mark and Andrew, are taking responsibility for Altro Steel and Business Roundtable, respectively. 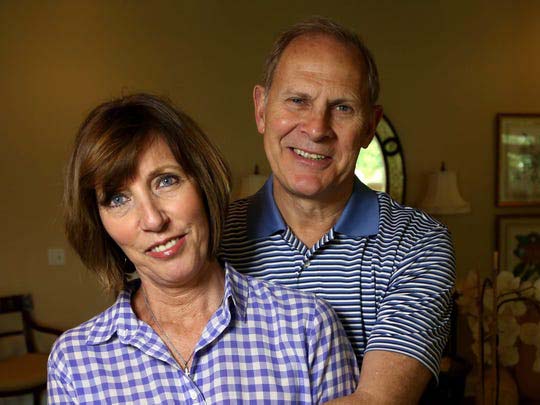 John and Kathleen are living a happy family life, along with their children.

John Beilein has gained massive popularity from his professional career. Likewise, along with gaining name and fame, he has gained a decent amount of money. His net worth is estimated to be about $8 million as of 2020.

Drew Carey – An American Remarkable Actor and a Comedian, Gained Attention after Hosting The Show “Drew Carey Show”, Who Competed in The “Star Search” in 1988

Chaka Khan – A Professional Singer, Considered as The “Queen of Funk” in The Industry, Who Became a Member of The Group Rufus in 1972

Chaka Khan - A Professional Singer, Considered as The "Queen of Funk" in The Industry, Who Became a Member of The Group Rufus in 1972