Who is Drew Carey?

Drew Carey is a famous celebrity who is well-known for his fascinating acting skills. He is a remarkable actor and a comedian from America. Also, he has made his name as an established celebrity being a sports executive, and game show host. He started getting attention after hosting the show “Drew Carey Show“, and “Whose Line Is It Anyway”. Furthermore, starring in numerous movies and TV shows, he gained several achievements.

Moreover, Drew had an obsession with taking photos of the United States National Team Soccer games. Besides, he is also a co-owner os the MLS club, Seattle Sounders. Likewise, he also published an autobiography, named “Dirty Jokes and Beer: Stories of the Unrefined”. 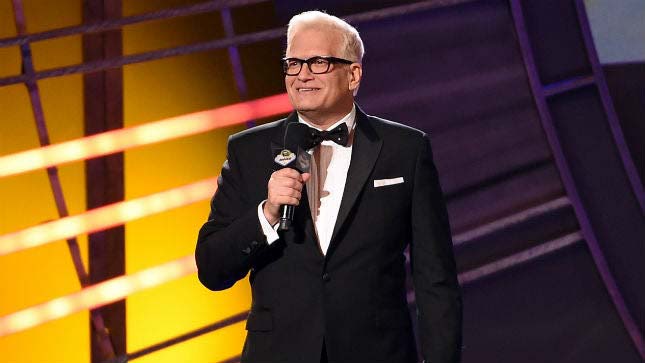 Drew Carey was born on May 23, 1958, in Old Brookly, Cleveland, Ohio, United States, as Drew Allison Carey. He was born to his father Lewis Carey, and his mother Beulah Carey. Moreover, he grew up with his two elder brothers; Neil Carey and Roger Carey. He has the star sign of Gemini.

Drew had to suffer from grief at an early age as his father died when he was just eight years old, because of a heart attack. So, his mother raised him and his brothers.

For his education, he attended James Ford Rhodes High School. In 1975, he certified by the school. Then, he joined Kent State University. During the university, he enrolled at Delta Tau Delta Fraternity. However, he had low performance due to which he became suspend for two times. Later, after three years he dropped the college.

Drew became discouraged during his early age and also attempted to suicide, however, he rebounded reading funny books and playing board games. Then, in 1979, he recruited in the US Marine Corps Reserve. There he served four years and then removed to Las Vegas. While in Las Vegas, he served as a bank teller and a waiter. During the time, he became able to come back on the right track.

Drew Carey started driving towards his career writing jokes for his friends. He came to the attention of audiences after winning the “Open Microphone Contest”. Then, he worked at the Cleveland Comedy Club. Drew worked in several comedy clubs in Cleveland and Los Angeles. Likewise, he competed in the “Star Search” in 1988, where his performance became loved by numerous critics.

Drew starred on the television show for the first time from the show named “Late Night with David Letterman“. He started getting self-confidence seeing his work been loveable. So, he started attempting to write his own stand-up comedy. His first stand -up comedy named “Drew Carey: Human Cartoon” released on Showtime. People cherished his comedy which made him gain the Cable AEC Award for Best Writing. 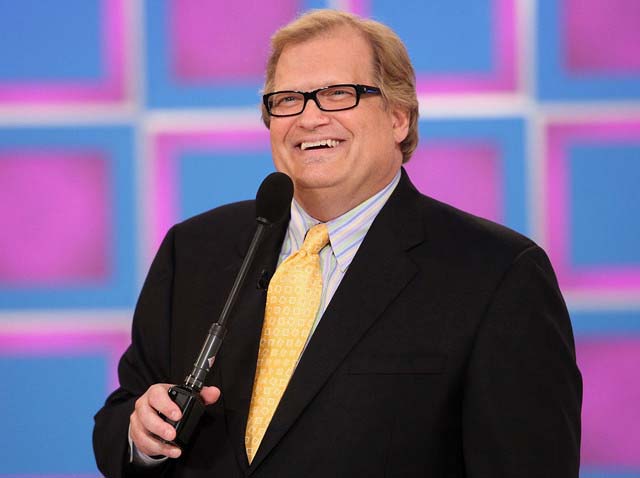 Subsequently, Drew started getting roles for the television series. In 1994, he appeared on “The Good Life” along with John Caponera. Then, he worked as an expert for the TV Show “Someone Like Me”. In the next year, the shows which named himself, “The Drew Carey Show” released. The show became successful and ran for nine years with 233 episodes.

Winning the hearts of many people from his comedy, Drew began his own comedy show in 1998, named “Whose Line is it Anyway”. The show released 200 episodes for eight years. Moreover, as of 1998, he became the 24th highest-paid entertainer. Eventually, he starred on the show “Drew Carey’s Green Screen Show”, and also co-produced the show.

Drew had incredible shows and experiences from his career. Regarding his works, in 2011, he started hosting a show “Drew Carey’s Improv-A-Ganza”. Before, in 2007, he hosted many game shows. Furthermore, he repeatedly appears in the commercials. His commercials involved “A&W Food Services of Canada”, “The Great Root Bear”.

Drew Carey earned several honors and achievements for his work. His remarkable skills made him gain numerous awards. He earned his first award in 1994 as Cable Ace Award for Best Writing. He got the award for his writing skills on “Drew Carey: Human Cartoon”. Then, in the next year, he enlisted in the 10 Hottest New Faces.

Likewise, he gained Satellite Award in 1998, for the category of Best Actor. Drew gained the People’s Choice Award in 2000 as a Favourite Male Television Performer, which became the biggest achievement for him. Moreover, for the “Best Advocacy Journalism”, he won as an award in 2011.

About his personal life, Drew is linked up with two women in his life. Firstly, he dated Nicole Jaracz, and also father her son, Connor. In 2007, the couple also had an engagement. However, they separated in 2015. 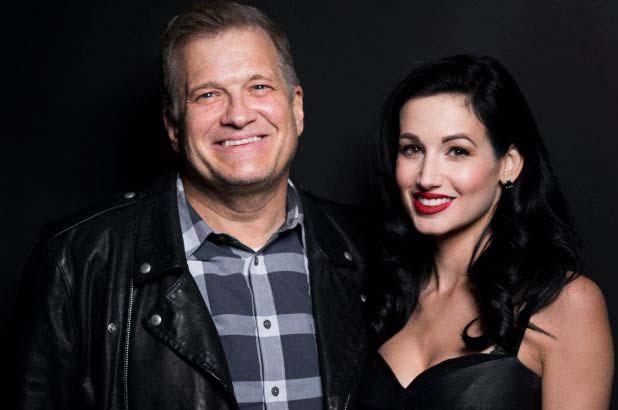 Later, he had a romantic relationship with Amie Harwick. Amie worked as a therapist. Moreover, breaking news aired in 2018 when Drew purposed Amie for a marriage. This time also the couple separated.

Drew Carey has gained massive popularity from his professional career, Likewise, along with gaining name and fame, he has also accumulated a handsome amount of money. His net worth is estimated to be about $165 million. He earns about $8.5 million per year.