Who is Katherine Waterston?

Katherine Waterston is a well-known American actress who became hit from her debut film ‘Michael Clayton.’ Initially, she started her acting career working in theatre and stages. Her popularity spin-off when she was cast in the Harry Potter film series ‘Fantastic Beasts and Where to Find Them’ in 2015. Along with acting in person, she is also a voice actor where she lent her voice to Tina in a lego themed action-adventure video game, ‘Lego Dimensions’ in 2016.

Katherine Waterston holds American and British nationality. She is of English and Scottish descent. Besides this, she has a slim body type. She stands 5 feet and 11 inches (1.82m/182cm) tall and weighs 60 kg (132lbs). Her body measurements are 34-24-33 inches respectively. She had a pair of brown coloured eyes with brown hair colour complimenting her voluptuous body figure.

Katherine Waterston attended the Loomis Chaffee School and graduated in 1998. She later earned her BFA in acting from Tisch School of the Arts at New York University.

Before appearing in TV and films, Katherine worked in the stage. Her first stage performance was in 2003 in ‘Smashing’ which took place in The Play Company. Likewise, her next stage program was in topic ‘Kindness’ where she portrayed as Frances in 2008. Then, she appeared in ‘Bachelorette’ in 2010 as Gena in McGinn/Cazale Theatres. She also appeared in the theatre named Classic Stage Company for two performances named ‘Dreams of Flying Dreams of Falling’ in 2011 and ‘The Cherry Orchard’ in 2012.

Katherine Waterston made her small screen debut in 2004 named ‘Americana.’ She then appeared in five episodes of ‘Boardwalk Empire’ as Emma Harrow from 2012 to 2013. Her upcoming series is ‘The Third Day’ in 2020. 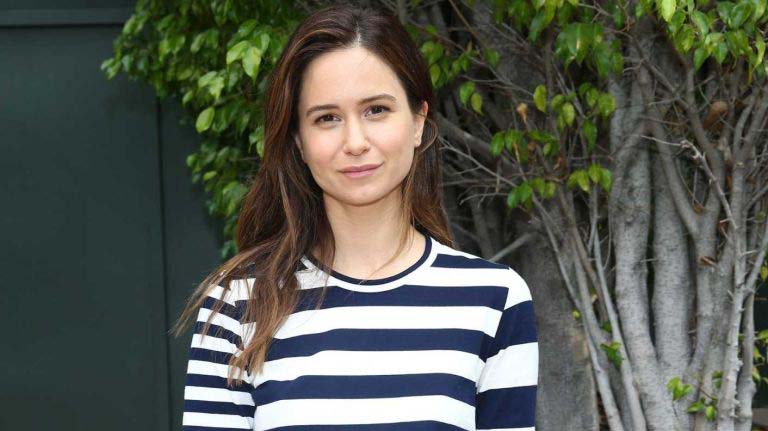 Katherine Waterston made her film debut in the 2007 legal thriller film ‘Michael Clayton’ which became a commercial hit. It also received critical acclaim and won several awards and nominations. She also was noticed and was offered many roles in the films. She then featured in several movies like ‘Good Dick’ in 2008, ‘Talking Woodstock’ in 2009, ‘Enter Nowhere’ in 2011 ‘Robot & Frank’ and ‘Being Flynn’ in 2012 and ‘Night Moves’ in 2013. Later in 2014, she appeared in the film ‘Inherent Vice’ where she portrayed the character of Shasta Fay. Though the film commercially flopped, her acting was praised. Similarly, her film ‘Steve Jobs’ in 2015 received positive reviews and her popularity was also raising.

Furthermore, Katherine got more fan following from worldwide when she did the fantasy film ‘Fantastic Beasts and Where to Find Them’ in 2016. She played as one of the major role named Porpentina Goldstein. The film became a huge hit in the box office and also nominated in Oscar. The next year she featured in the films like ‘Alien: Covenant’ and ‘Logan Lucky,’ and both became commercially and critically successful. Likewise, in 2018 she played as Dabney in ‘Mid90s.’ The same year she also played in the sequel film ‘Fantastic Beasts: The Crimes of Grindelwald’. Her recent project in the film is ‘Amundsen’ in 2019 where she portrayed the role of Abigail.

Katherine Waterston has been honoured with Film Independent Spirit Award in 2015 for her film ‘Inherent Vice.’ 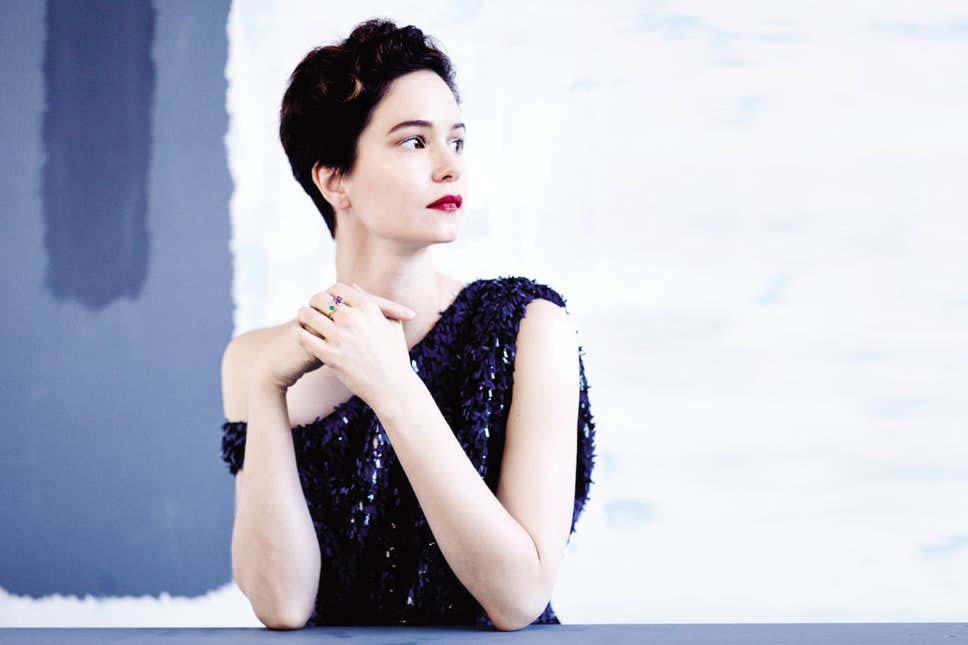 Katherine Waterston was in a six-year relationship with American director Adam Rapp. However, they ended taking a break. On November 2018, she revealed that she is pregnant and gave birth to a son.

Katherine has not joined any social media accounts to date.

Net Worth of Katherine Waterston

Katherine Waterston is an excellent actress who has earned the name, fame as well as money. She has an estimated net worth of about $1.5 million, as of 2020.