Who is Zoe Saldana?

Zoe Saldana is a well-known American actress and dancer who have been part of many blockbuster movies in Hollywood. Along with actress, she is also a trained ballet dancer. Before entering into Hollywood she used to perform as a theatre artist. Her versatility in acting made her enter in Hollywood from which she rose to fame. She has done many films including many notable movies like ‘Pirates of the Caribbean: The Curse of the Black Pearl,’ ‘Star Trek,’ ‘Star Trek into Darkness’ and ‘Avatar.’ Apart from the industry, she is also a businesswoman who owns several restaurants and also has her own line of fragrance, clothing and her own brand of vodka. 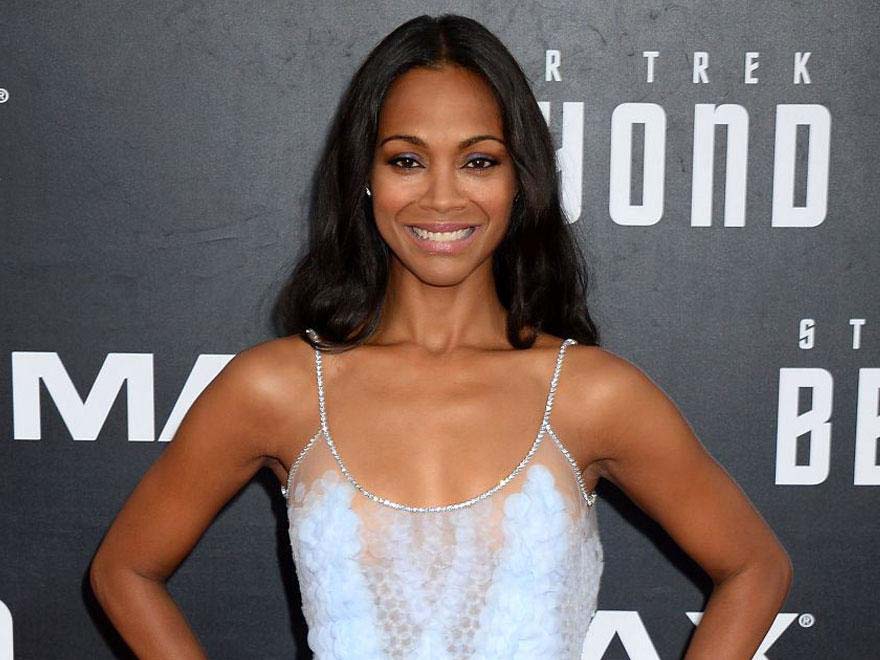 Zoe Saldana birth name is Christened Zoe Yadira Saldana Nazario. She was born on June 19, 1978, in Passaic, New Jersey to father Aridio Saldana and to mother Atsalia Nazario. She has three siblings: two sisters Cisely and Mariel and a half-brother, Nipo. Presently, the actress is 42 years old with Gemini sun sign.

Zoe Saldana holds American and Dominican nationality. She is of Dominican, Puerto Rican, Lebanese and Haitian in ancestry. Besides this, she stands 5 feet and 6 and a half inches (1.69m/169cm) tall and weighs 54 kg (119lbs). Her body measurements are 33-25-32 inches respectively. She had a pair of black coloured eyes with dark brown hair colour.

Zoe Saldana spent most of her childhood years in Jackson Heights, Queens, New York. As a child, she used to speak fluently in English and Spanish languages. Her father died in a car accident when she was nine years old and she along with her family shifted to live with her grandparents. She did her schooling from ECOS Espacio de Danza Academy where she was taught ballet dance form. She graduated from Newton High School.

Zoe Saldana joined FACES theatre group in Brooklyn in 1995 after her graduation. She began to play in theatres and stages. Thereafter, in 1999 she made her debut on the TV Series ‘Law and Order’ in an episode called ‘Merger.’ Then after three years she again cast in ‘Law and Order: Special Victims Unit’ which is a crime drama TV series for NBC. Likewise, Zoe appeared in five episodes of the series named ‘Six Degree’ as Regina from 2006 to 2007. In 2013, she appeared in an episode of ‘Comedy Bang! Bang!’ Lastly, her recent venture till date in TV series is in 2014 which is based on the novel name ‘Rosemary’s Baby.’ She was also the producer of the show and played the main lead of Rosemary Woodhouse. 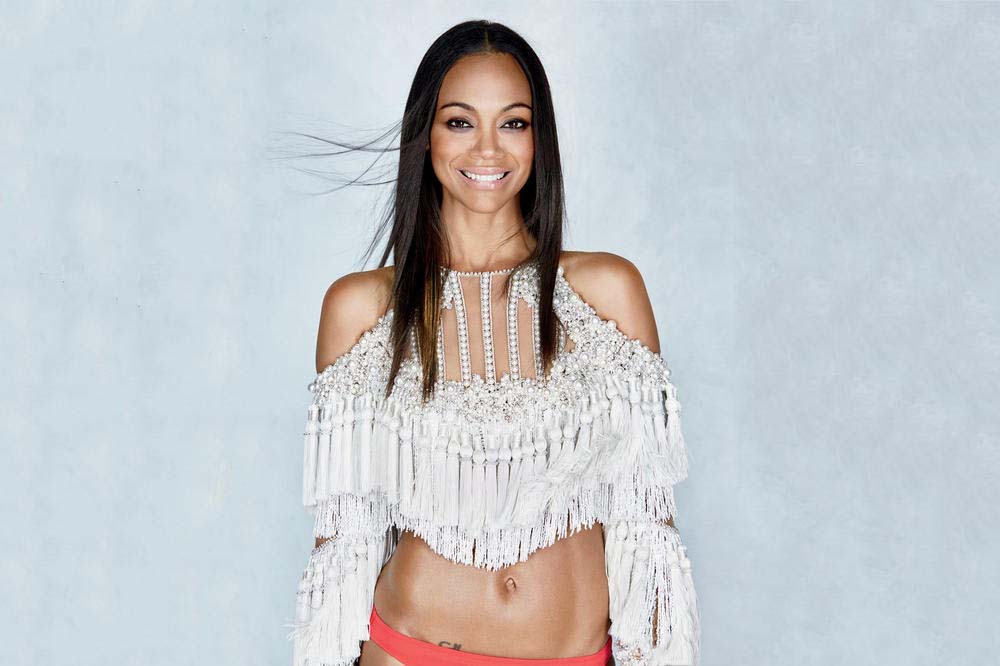 Zoe Saldana was a perfect ballet dancer, this helped her to gain her role in the big screen. In 2000, she starred in the film ‘Center Stage’ which was her debut film. She played the role of a talented and determined ballet student named Eva Rodriguez. Likewise, she featured in ‘Crossroads’ and ‘Drumline’ in 2002. Zoe came in limelight and got more fame when she did ‘Pirates of the Caribbean: The Curse of the Black Pearl’ as a female pirate Anamaria. This film was a blockbuster movie which did pretty good in the box office as well. After her blockbuster film she got an offer in many movies like ‘Heaven,’ ‘The Terminal’ and ‘Temptation’ in 2004, ‘Constellation,’ ‘Guess Who’ and ‘Dirty Deed’ in 2005.

Furthermore, Zoe’s career took a huge turn in 2009 when she did the films ‘Star Trek’ which collected about $385 million at the box office and ‘Avatar’ which crossed the collection of $2.788 billion. She again reprised her role of Nyota Uhura in the sequel ‘Star Trek Into Darkness’ in 2013 which collected $467 million worldwide. Her acting skills in these movies were much praised and appreciated by the audiences as well as critics. Moreover, in 2012 she did movies like ‘The Losers,’ ‘Takers’ and ‘Burning Palms.’ The next year she featured as Cataleya in ‘Colombiana.’

Additionally, in 2014 she appeared in another hit movie named ‘Guardians of the Galaxy’ as Gamora and also lent her voice as Maria in ‘The Book of Life.’ She again reprised her voice role in 2017 in ‘Guardians of the Galaxy vol. 2.’ During 2018 and 2019 she again played as Gamora in ‘Avengers: Infinity War’ and ‘Avengers: Endgame.’ Both of this movie gained a huge hit in the box office. It is said that she is reprising the role of Neytiri for the sequel ‘Avatar 2’ and ‘Avatar 3’ which is her future projects.

Zoe Saldana won her first award by Boston Society of Film Critics’ Awards for the film ‘Star Trek.’ Likewise, for her role in the film ‘Avatar’ she has won various awards in 2010 like  Academy Award of Science, Fiction, Fantasy & Horror Films, Empire Awards, Saturn Awards and Teen Choice Movie Actress Award in Sci-Fi. She has also been honoured with Teen Choice Movie Actress – Action award for ‘Columbiana.’

Zoe Saldana dated Keith Britton, an actor and CEO of My Fashion Database. They two engaged in 2010 and ended their 11 years of relationship the next year. Likewise, she was in a relationship with an actor Bradley Cooper from December 2011 to January 2013. After her break up with him, she again started dating an Italian artist Marco Pergo in March 2013. They tied the knot in June 2013. Moreover, the couple is blessed with twin sons, Bowie Ezio and Cy Aridio, in November 2014. 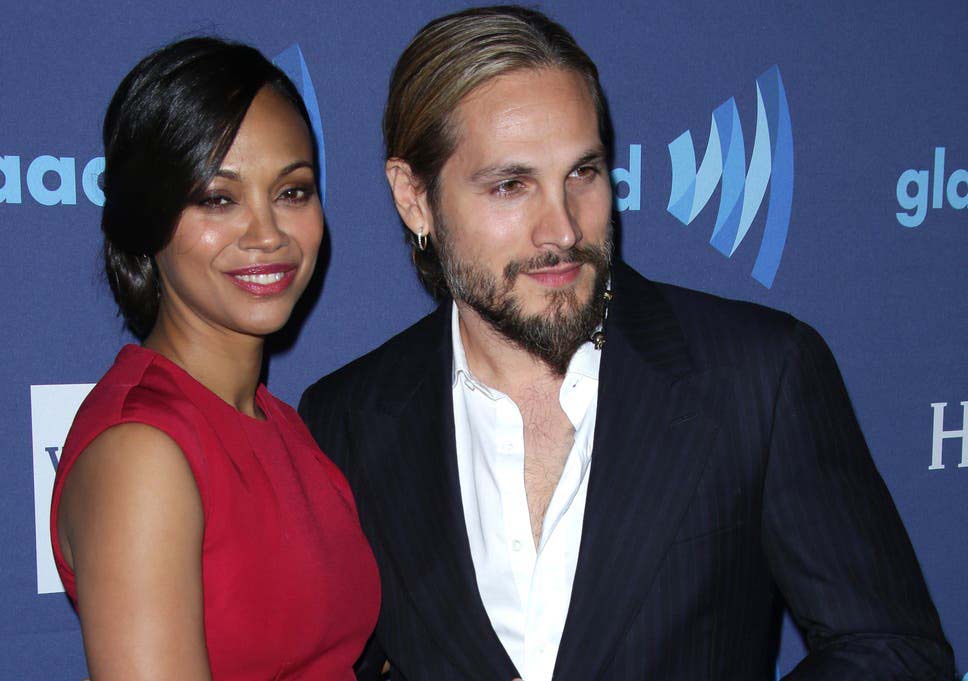 Net Worth of Zoe Saldana

Zoe Saldana is an amazing actress who has earned massive fame, popularity and money. Her net worth as of 2020 is $275 million.