Kyle Miyata Larson is an Asian-American Professional stock car racing driver. He was born on the 31st of July, 1992 in Elk Grove, California. 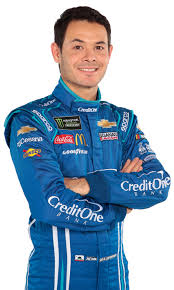 The Career of Kyle Larson

Larson started racing at the age of seven in outlaw karts in Northern California. He raced open-wheel cars, including United States Auto Club (USAC) midget, Silver Crown and sprint cars and competed for Keith Kunz Motorsports and Hoffman Racing. He also raced in World Outlaws sprint cars and his first sprint car race win was at Placerville Speedway as the youngest drivers to ever compete. Larson holds the sprint car record at Ocean Speedway in Watsonville, California in 2010. He won six USAC National Midget races including the Turkey Night Grand Prix in 2012.

Larson signed for the 2012 racing season as part of the team’s driver development program by Earnhardt Ganassi Racing (EGR). At the Pete Orr Memorial Orange Blossom 100 at New Smyrna Speedway in February of 2012, he made his first start in a full-bodied stock car and won the race, leading only the final lap. He won again during the World Series of Asphalt at the speedway a week later. Larson drove for Rev Racing and ran full time in the NASCAR K&N Pro Series East. 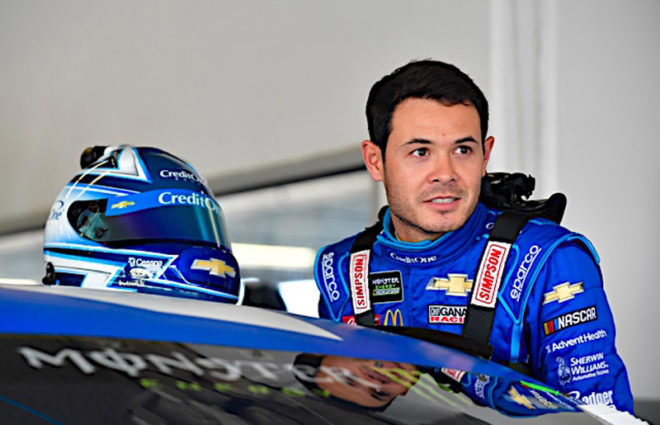 His first K&N Pro Series East win was at the Gresham Motorsports Park in Jefferson, Georgia and his second career win was at New Hampshire. Larson made his ARCA Racing Series debut at the Michigan International Speedway driving for Eddie Sharp Racing on the 15th of June, 2012 and finished 13th at the event. He was the winner of the NASCAR K&N Pro Series with two wins and 12 top tens in 14 races and was also named the rookie of the year. He won his first ARCA win at Pocono Raceway from the pole on the 7th of June, 2014.

Larson made Camping World Truck Series debut in 2012 at Kentucky Speedway. He won his first truck series at Rockingham Speedway in April of 2013. Larson moved full-time driving No. 32 for Turner Scott Motorsports to the NASCAR Nationwide Series in 2013. He was into a violent crash at the Daytona International Speedway. Larson hurt several spectators in the stands despite himself being unharmed. He won his first Nationwide Series win at Auto Club Speedway on the 22nd of March, 2014.

Larson won his first win for HScott Motorsports at Homestead-Miami Speedway in 2015. He ran a few Xfinity races in 2017 like one at Auto Club Speedway. He also won at Richmond International Raceway and at Dover. 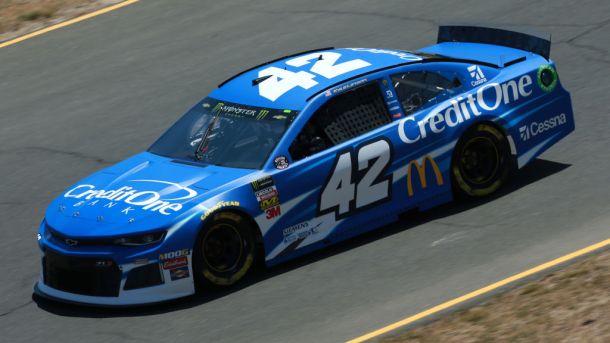 Larson then made it to the playoffs of the Monster Energy Cup Series by staying consistent with five second-place finishes, eight top-five and 13 top-tens. He got into elimination from the round of 12 despite he finished third after the Kansas Falls race. Larson lost his primary sponsor DC Solar and started the season 2019 with a 7th place finish at Daytona. He also got sponsorship by McDonald throughout the 2019 season. Larson became only the third driver to win both the Monster Energy Open and the All-Star Race in 2019. He won the pole for the Toyota Save Mart 350 at Sonoma on the 22nd of June, 2019 for the third year straight.

Larson hence married Katelyn Sweet and have two children together; a son and a daughter. He also owns a World of Outlaws Sprint car team. The team hence fields a car for Carson Macedo and drives for Keith Kunz Motorsports and Paul Silva on a limited Schedule.