Leonardo DiCaprio- A Renowned American Actor and Producer, Who Achieved International Fame As A Star In The Epic Romance ‘Titanic’ in 1997

Who is Leonardo DiCaprio?

Leonardo DiCaprio is a popular American actor and producer known for his good looks and renowned acting skills. He started his acting career through television with ‘Santa Barbara’ in 1991. Then, the actor went to act in a film starting through a horror flick ‘Critters 3’ and continued with many more like ‘This Boy’s Life,’ ‘Titanic,’ ‘The Man in the Iron Mask,’ and others. Leonardo became internationally famous when he was cast in James Cameron’s epic drama ‘Titanic’ in 1997. Moreover, he also received his first Golden Globe Award post ‘Titanic.’ He is an amazingly versatile actor playing every genre of movie ranging from romance, historical and period drama, thriller, and even science fiction.  Apart from being a producer and an actor, he is also a philanthropist. His concern for the society and the environment is clearly evident from the donations he makes towards wildlife and conservational environment groups. 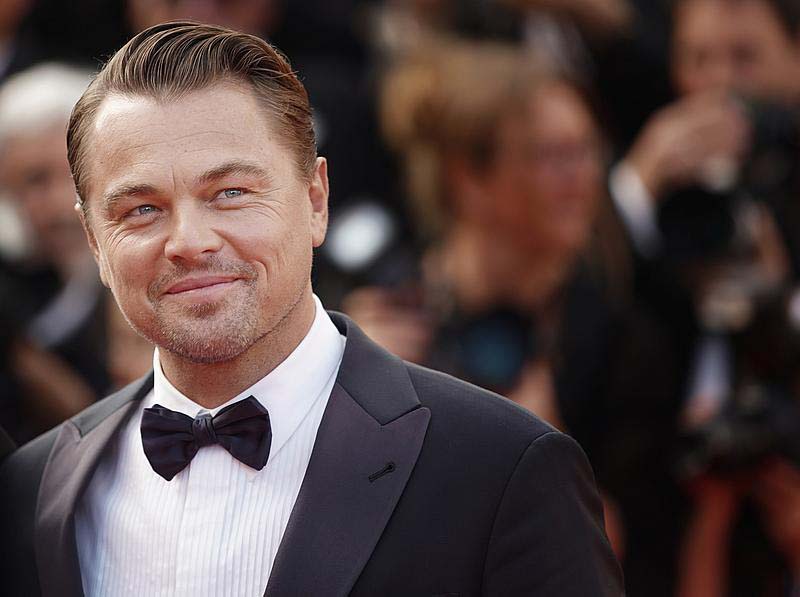 Leonardo DiCaprio’s birth name is Leonardo Wilhelm DiCaprio was born on November 11, 1974, in Los Angeles, California. He was the only child to father George DiCaprio, who was a comic artist, producer, and distributor of comic books and to mother Irmelin, a legal secretary by profession. He is currently 45 years old with a Scorpio sun sign.

Leonardo DiCaprio holds an American nationality. He grew up in a Catholic family due to his German and Italian background but now involved in Buddhism and Judaism. Besides, he stands 6 feet (183 cm/1.83 m) tall and weighs around 75 kg (165 lbs). He has a pair of blue coloured eyes with blonde hair colour.

Leonardo DiCaprio’s parents divorced when he was still a toddler. He was mostly raised by his mother, who changed several residences to earn a living. Despite his parents’ early divorce, DiCaprio remained close to his father, who urged him to explore the creative side of his personality.

He attended Los Angeles Center for Enriched Studies for four years, after which he joined the Seeds Elementary School. He joined the John Marshall High School, which he eventually left after three years and ended up attaining only a general equivalency diploma (GED).

Leonardo DiCaprio loved acting from an early age. He used to imitate people, play pranks with his parents, and perform self-created skits. At the age of five only, he was at the sets of the television series for children called ‘Romper Room’ which he could not carry for long due to being troublesome at such a tender age. At the age of 14, he started making small appearances in commercials and educational films, the ad for Matchbox Cars. Likewise, in 1990 he made his debut in a TV through a short series based on a comedy movie ‘Parenthood’ for which he earned a nomination for the Young Artist Award for Best Young Actor too. Later on, he also made appearances in shows such as ‘The New Lassie’ and ‘Roseanne.’

A significant turning point in his career came in 1991 when he participated in the family comedy ‘Growing Pains,’ where he played the role of Luke Brower, a homeless boy who is taken in by the Seaver family. The same year he made his film debut with the horror movie ‘Critters 3’ where he was the stepson of an evil landlord. In 1993, he did ‘This Boy’s Life’ film opposite Robert De Niro, which was a movie based on disturbed relations between a son and a stepfather. This performance of his became widely acclaimed even by critics. Furthermore, the next feather in his cap came with the movie ‘What’s Eating Gilbert Grape,’ a comic-tragic odyssey of a dysfunctional Iowa family in 1993. 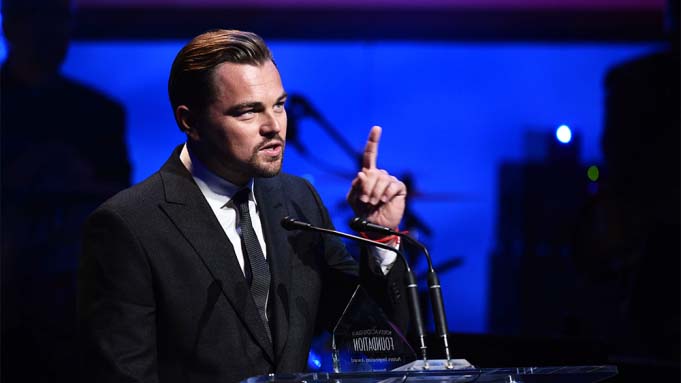 He starred as the intellectually disabled brother of Johnny Depp in the movie. Similarly, after 1995 his career grew exponentially with his films on diverse subjects like ‘The Basketball Diaries’ and ‘The Quick’ and The Dead. Moreover, in 1996 he played the role of Romeo opposite Claire Danes as Juliet. The project grossed $147 million worldwide and earned him a Silver Bear for Best Actor at the 1997 Berlin International Film Festival.

Leonardo DiCaprio achieved international fame as a star in the epic romance ‘Titanic’ in 1997, which became the highest-grossing film at that point. It was a tragic love story that helped his career to a new level.  His portrayal of the impoverished artist Jack Dawson in the movie captivated the audience and catapulted DiCaprio to superstardom. The film received mainly positive reviews from film critics and became a mega commercial hit.  It crossed a budget of over $200 million, thereby becoming the most expensive film ever made. With the grand success of the film, Leonardo proved his capabilities in handling lead roles in Hollywood.

Likewise, his performances in ‘The Aviator’ in 2004, ‘Blood Diamond’ and ‘The Departed’ in 2006 were well acclaimed and received Academy Award nominations. Leonardo also wrote a documentary in 2007 with the environment as its main subject. He has partnered with Netflix for the production of more such documentaries.

In 2011, Leonardo DiCaprio performed in a biographical drama ‘J. Edgar’ with a lot of research to make his performance better. He portrayed the FBI director J. Edgar Hoover in the film and received much appreciation for his subtle and persuasive performance. Similarly, in 2013 he played in the black comedy film ‘The Wolf of Wall Street’ as former stockbroker Jordan Belfort. His other hit released in 2015, The Revenant. He portrayed Hugh Glass, an American frontiersman and explorer. The film received positive reviews, mostly for its performances, direction, and cinematography, and earned DiCaprio several prestigious awards.

Apart from acting, he also owns a production company, Appian Way Productions. His recent films are ‘Before the Floods’ in 2016′ Ice on Fire’ and ‘Once Upon a Time in Hollywood’ in 2019, alongside cast Dakota Fanning, Brad Pitt, Margot Robbie, and others.

Leonardo DiCaprio has received 168 nominations and 54 awards in total. His film ‘Titanic’ received 14 Academy Award nominations out of which the film won 11. His popularity was appreciated, and he entered the People magazine’s list of ’50 Most Beautiful People’ in 1997 and 1998. Similarly, he won the Satellite Award for Best Supporting Actor for his work in The Departed. Leonardo DiCaprio also won an Academy Award for the best actor and Critics’ Choice Movie Award for Best Actor in 2016 for the movie, The Revenant. 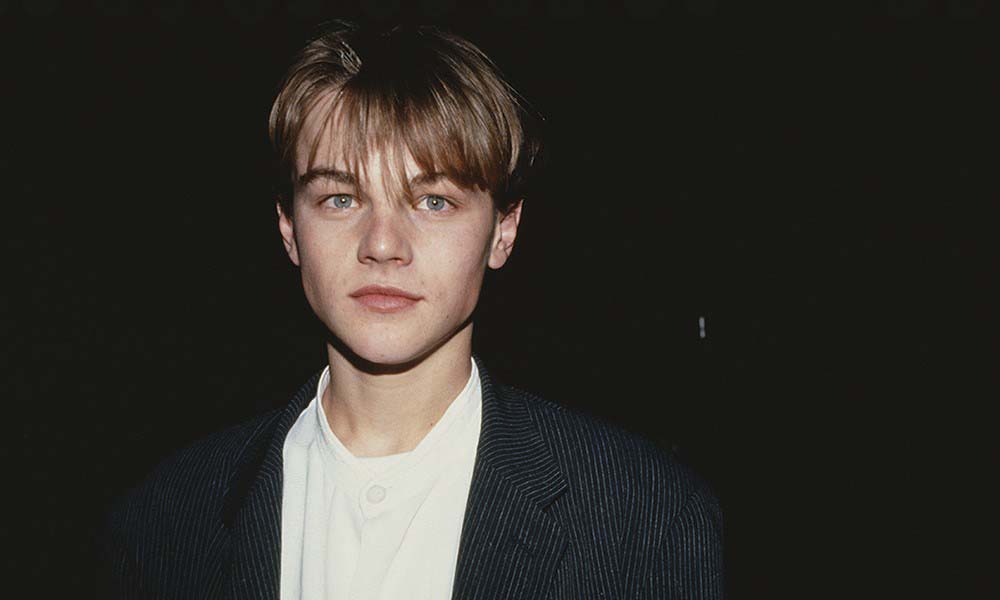 Leonardo DiCaprio underwent a severe facial injury in the year 2005 when a model Aretha Wilson, hit him with a broken bottle. Likewise, his private life has always been in media in the limelight due to the number of affairs he had.  The actor was in a relationship with the actress Blake Lively, Erin Heatherton, Toni Garrn, and many more. He is currently dating Camila Morrone from 2018.

Apart from that, he is also involved in humanitarian work. He made a donation of $1 million to the Wildlife Conservation Society in November 2010. Being a gay rights activist, he donated $61000 to GLAAD. He also gave $35000 for “Leonardo DiCaprio Computer Center” at Los Feliz branch of the Los Angeles Public Library in 1998 and $1 million for the relief work after the Haiti earthquake in 2010.

Leonardo DiCaprio earns from his acting career. He has appeared in numerous films. His primary income comes from working in the entertainment industry. As of 2020, his net worth is approximately $260 million.