Nicholas Gonzalez is a big name in the entertainment industry who started working in this field in 1998. He is a professional actor. He is mainly famous for his role in ‘The Good Doctor’ as Dr. Neil Melendez. This 45-year-old actor has been in the acting industry for more than 20 years. He is married to Kelsey Crane and has a beautiful daughter named Ever. 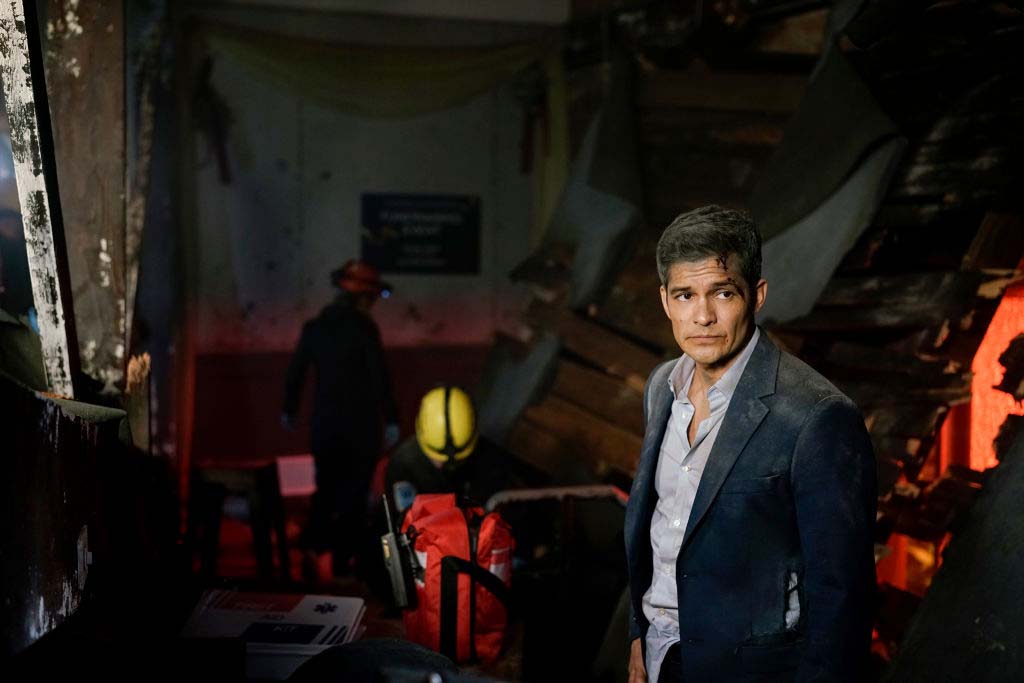 Where was Nicholas Gonzalez born?

On the 3rd of January, 1976, Nicholas was born with the name Nicholas Edward Gonzalez in San Antonio, the second-most populous city in Texas, United States. He is the son of Sylvia Mosier and John Gonzalez. Further details about his parent’s background or profession are unknown.

Furthermore, he has one sibling, a brother named John Joseph Gonzalez. He grew up in a bilingual household. Nicholas holds American citizenship. As per his ethnicity, he is White. Moreover, he belongs to Mexican descent. Talking about his religion, he has not publicly confirmed his religious views.

Where did Nicholas receive his education?

Talking about his educational qualifications, Nicholas is a University graduate. He attended the Central Catholic High School located in his hometown during his early years. He graduated in 1994 from high school. Furthermore, he attended Stanford University to pursue an English degree. Nicholas then attended Oxford University for two years. He completed his university study with a bachelor of arts degree in English in 1998.

Nicholas stands 5 feet and 10 inches in height. His weight is around 77 kilograms. Besides, he has an average body type. Moreover, his chest size is 40 inches, and his waist is 31 inches. Furthermore, he has a beautiful pair of dark black eyes with dark shading hair.

Is Nicholas active in social media?

Who is Nicholas Gonzalez’s wife?

Gonzalez and Kelsey Crane met each other in 2011 and started dating almost immediately. In 2015, Nicholas surprised Kelsey with a sweet engagement event while on a vacation in Capri. The couple then married on the 16th of April, 2016.

Together, they gave birth to their first child, a beautiful daughter, in 2017. She is named Ever Lee Wilde Gonzalez by her parents. 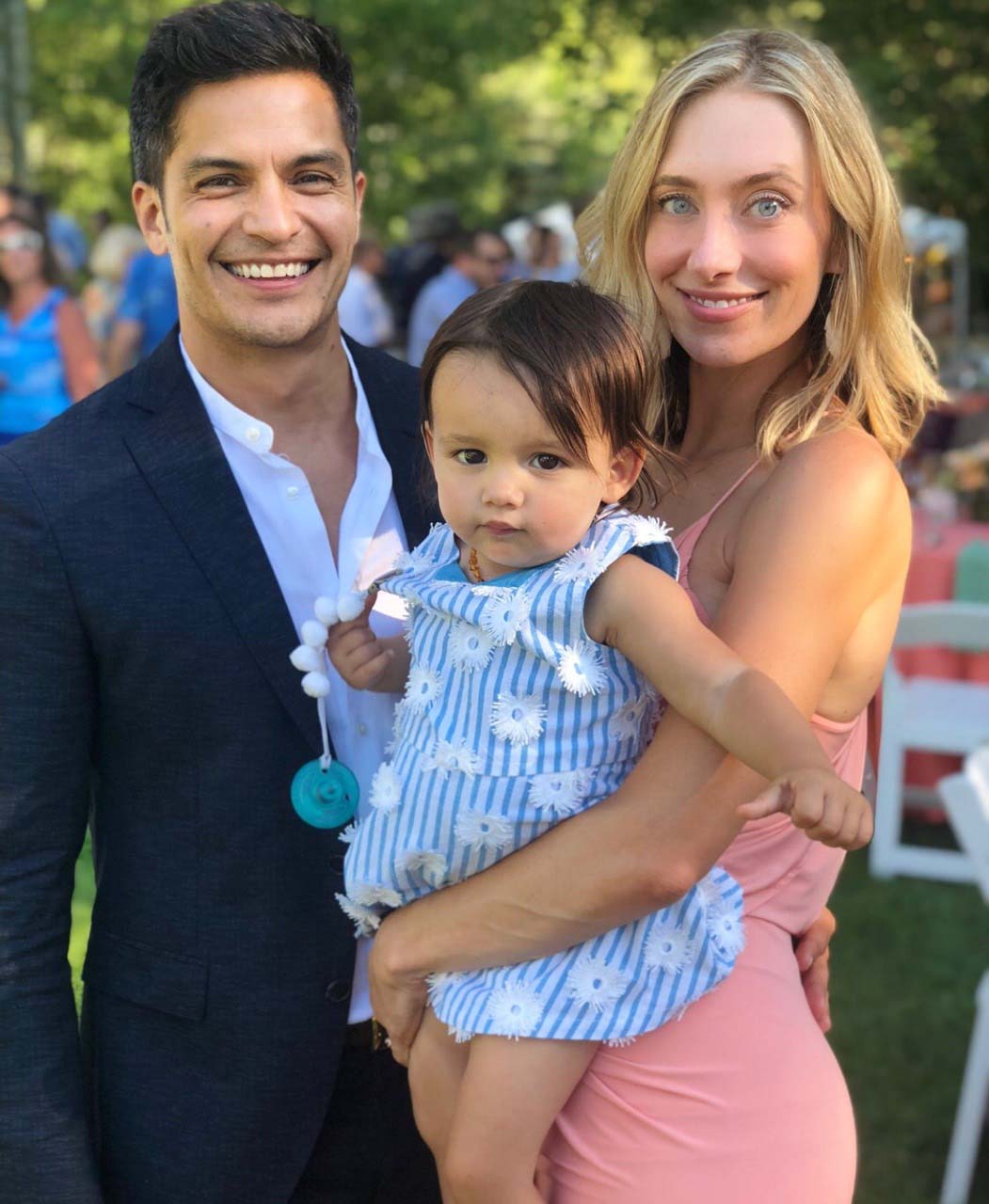 How did Nicholas Gonzalez begin his career?

Nicholas started his acting career in film in 2001. He began with the movie Scenes of the Crime as Marty, which was released in 2001. The next year, the actor played in two movies titled Marco Polo: Return to Xanadu and Spun for the voice role of Young Marco and Angel’s role, respectively. Two years later, he played in the movie Anacondas: The Hunt for the Blood Orchid as Dr. Ben Douglas. Then, in 2005, he played the role of Officer Rodriguez in the movie Dirty. Finally, he played the role of Lt. Robert James in the movie Behind Enemy Lines II: Axis of Evil in 2006. 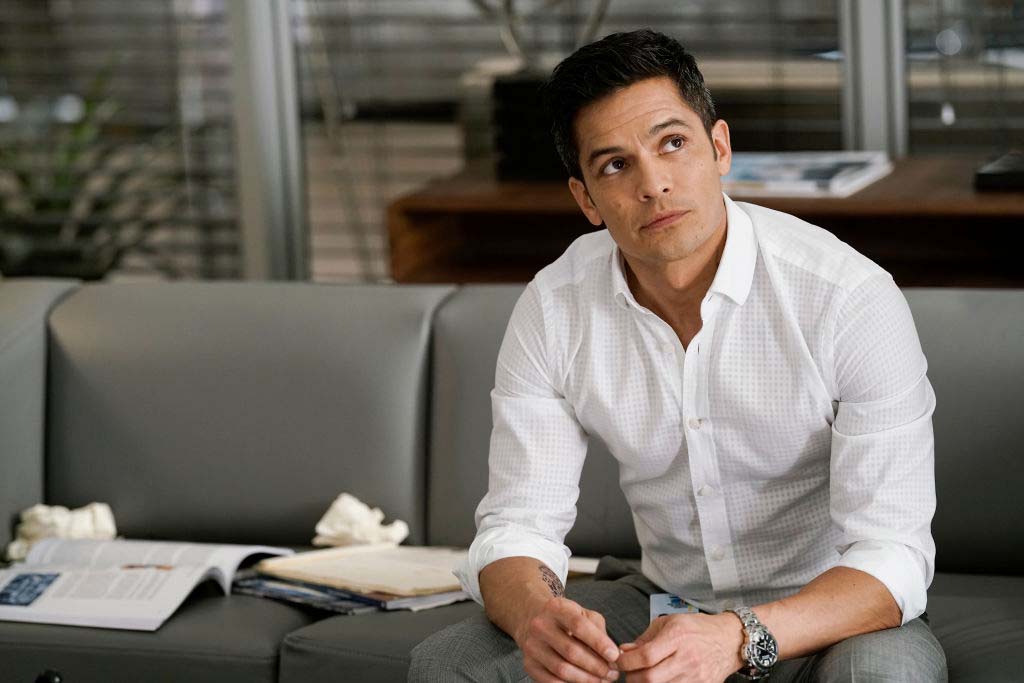 His next leading role in a series came in 2009 in the series Mental, where he played the role of Dr. Arturo Suarez for 13 episodes. Gonzalez then played another primary role of Detective Rodriguez in the series Melrose Place for 8 episodes in 2009-2010. Finally, in 2010, he played minor roles of Marc Torres and Eugene Gibbs in the series The Closer and Television Film After the Fall.

Nicholas played Mateo’s recurring role in the medical drama Off the Map for 9 episodes in 2011. He also played minor roles of Raphael Dominga, Dominic, and Roman Stone in the series The Glades, Memphis Beat, and Charlie’s Angels, respectively, for one episode each in the same year. Furthermore, he also played Raul’s role in the television film We Have Your Husband in 2011.

Gonzalez appeared in the American fantasy police procedural drama television series Grimm as Ryan Showalter in 2012. From 2012 to 2013, he played the recurring role of Keith Powers in 4 episodes of Underemployed. He then appeared in the television film Left to Die as Alex. Furthermore, in 2013, he played the recurring role of Detective Luke Morales in 6 episodes of Sleepy Hollow till 2014. In 2013, he also played the roles of Anthony and Hunter Lowell in the series Witches of East End and the television film Christmas Belle respectively.

Furthermore, Nicholas played minor roles in the Resurrection, BoJack Horseman, and Modern Family in 2014 as Deputy Connor Cupit, Cartel Man, and Diego. Later, he played the role of Marco Esquivel in 3 episodes of Jane the Virgin from 2014-15. His next recurring role was in the series The Flash as Dante Ramon for 3 roles in 2015-16.

Nicholas played the leading role of Ernesto Gonzalez, J.C. Gonzalez, and the voice role of Pablo Barracuda in the series Bordertown in 2016. In addition, he appeared in one episode of Bosch, Lucifer, and N.C.I.S. in 2016. In the same year, Gonzalez played the recurring role of Ted Cardenas in Frequency for 3 episodes. He also appeared as Detective Marco Furey in 12 episodes of Pretty Little Liars. Furthermore, in 2017, the actor played recurring roles in 3 series titled How to Get Away with Murder, Being Mary Jane, and Narcos. His last played series is ‘Undone’ in 2019 where he played the role of Tomas.

He then played the role of Dr. Neil Melendez in the series The Good Doctor from 2017 till 2020 that stars actors like Freddie Highmore, Anotinai Thomas, Chuku Modu, Beau Garrett, Hill Harper, Richard Schiff, Will Yun Lee, Tamlyn Tomita, Fiona Gubelmann, Paige Spara and Jasika Nicole. Also, from the show, she became famous as Dr. Nicholas Gonzalez. Unfortunately, in the season 3 finale, the Dr. died from major internal injuries moments after his love confession to Dr. Claire Browne.

What is the net worth of Nicholas Gonzalez?

Nicholas Gonzalez is a celebrity known to many for his various acting roles. It is estimated the Nicholas Gonzalez has a net worth of $10 million as of 2021. He is a self-established actor who started from the bottom and gained prominence. However, his primary source of income is his professional career.

He earns money from his different acting roles in movies and series. Moreover, he also makes money from sponsorship, paid promotion, and brand endorsements.