Who is Rainn Wilson?

Rainn Dietrich Wilson is a professional American actor, director, scriptwriter, and producer. He is best known for his brilliant portrayal of Dwight Schrute in the US version of the famous British sitcom, “The Office.” Before becoming famous, Rainn struggled for a decade without a proper platform to prove his talent and eventually landed small roles in television series like “Six Feet Under,” “Law & Order,” “CSI: Crime Scene Investigation,” “Entourage.” He has also appeared in movies like “House of 1000 Corpses,” “Almost Famous,” “America’s Sweethearts,” etc. He is also widely known for his quirky style of acting and distinctive screen presence. Rainn directed three episodes of “The Office.” He got more opportunities to prove his talent with projects like “The Rocker,” “Monsters vs. Aliens,” “Bonzai Shadowhands,” etc. He then appeared in the Fox crime drama “Backstrom,” which he played the lead role of “Everett Backstrom.” 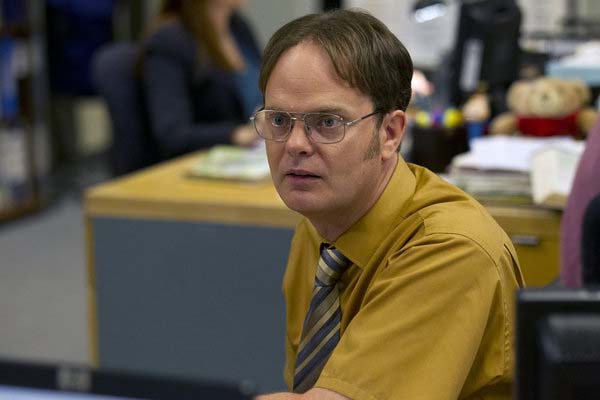 Rainn was born on January 20, 1966, with the name Rainn Dietrich Wilson in Seattle, Washington, United States. He is currently 54 years old and has the star sign of Aquarius. He is a son to Shay Cooper, who is a yoga teacher and actress and Robert G. Wilson, who is a novelist, artist, and business consultant who wrote the science fiction novel “Tentacles of Dawn”. He lived with his father and stepmother since three years of age in Nicaragua before they returned to Seattle after their divorce.

Wilson attended Kellogg Middle School and Shorecrest High School in Shoreline, Washington, where he played the clarinet and bassoon in the school band. He then transferred to and graduated from New Trier High School after his family moved to Wilmette, Illinois, to serve at the Baha National Center. Wilson graduated with a bachelor’s degree in drama at the University of Washington in 1986. He enrolled in New York University’s Graduate Acting Program at the Tisch School of the Arts, where he graduated with an MFA in acting. Wilson drove a moving van to make ends meet while acting in theatrical productions in New York City.

Wilson worked in the theatre in his early career, performing with the Public Theater, Ensemble Studio Theatre, among others.

Wilson is American by nationality and is of the white race. He belongs to both English and Norwegian ancestry. He follows Baha I Faith religion.

Wilson struggled at the start of his career, and lack of opportunities forced him to take up odd jobs. In 1997, his struggle came to an end when he landed a supporting role in “One Life to Live”. He continued to fall in minor roles in movies like “Galaxy Quest” in 1999, “Almost Famous” in 2000, “America’s Sweethearts” in 2001, etc., and also in television series like “Charmed” and “CSI: Crime Scene Investigation”. Furthermore, He established himself as an actor in 2003 with “House of 1000 Corpses”. He was noticed for his inventive, quirky, eccentric, and distinctive style and technique by producer Greg Daniels. At the time, Daniel was looking for a perfect cast for the American adaptation of the famous British sitcom, “The Office” alongside John Krasinski, Ed Helms, and others. 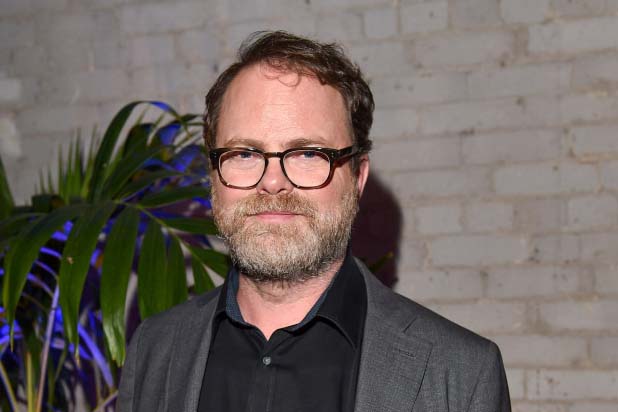 Wilson was hired to the project and was cast to play the role of Dwight Schrute. In the 2000s, he appeared in films like “Sahara” in 2005, “My Super Ex-Girlfriend” in 2006, “The Last Mimzy” and “Juno” in 2007. Eventually, in 2007, he played a lead role in the comedy film, “The Rocker”. He voiced the villainous alien overlord “Gallaxhar” in the computer-animated science-fiction comedy film “Monster vs. Aliens” in 2009. Subsequently, in the same year, he co-wrote and co-produced “Bonzai Shadowlands.”

From 2010 onwards, Wilson has appeared in many uncanny roles and has mostly contributed as a voice actor in movies like “Peep World” in 2010, “Cooties” in 2014, “Army of One” in 2016, “Smurfs: The Lost Village” in 2017, “The Death of Superman” in 2018 and “Batman: Hush” in 2019. In 2015, he was cast to play the lead role of Everett Backstrom in “Backstrom”. He has also had recurring roles in CBS sitcom “Mom” and web series “Star Trek: Discovery” and also guest-starred in “Roadies” in 2017 and “Room 104” in 2018. Eventually, in 2019, he played as Michael in the drama film “Blackbird”. In the following year, he voiced Lex Luthor in the adult animated science fantasy superhero film “Justice League Dark: Apokolips War.”

Rainn Wilson has been associated with the film industry for a long time and has contributed to a lot of films and series. He has been nominated in many awards and has won several of them. In 2005, he had won Screen Actors Guild Awards from Six Feet Under. He also won the same award in 2007 and 2008 from “The Office,” respectively. Wilson earned the TV Land Future Classic Award in 2008 from “The Office.”

Wilson married writer Holiday Reinhorn, on the Kalama River in Washington in 1995. The couple had met in an acting class at the University of Washington, where Reinhorn had relocated to Seattle to attend the university from her native Portland, Oregon. The couple has a son named Walter, who was born in 2004. They have a home outside of Sisters, Oregon, and a house in Los Angeles. Wilson stated he had adopted a vegan diet since taking pigs. 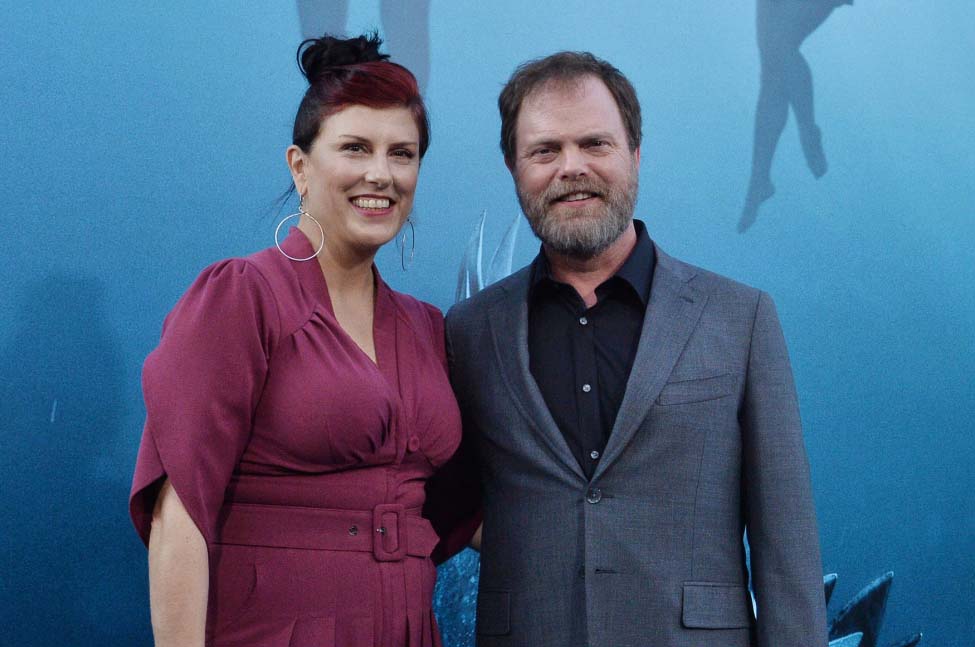 Rainn is living a luxurious life with his family. He is a famous actor who has earned a lot of money as well as fame. Wilson currently has about $14 million approximately.

Laura Bailey- Voice Actress and Voice Director, Who is Famous For Providing Her Voice For English Language Versions of Anime, Animation, and Video Games