Roman Reigns is an American professional wrestler who is currently in a contract with WWE and performs on the SmackDown brand. He has also shown his presence on ‘WWE Raw’ or ‘Monday Night Raw’ and has been known as the superstar wrestler of WWE. Initially, he started his career as a football player who played for CFL (Canadian Football League). He then retired from sports and joined wrestling in 2008. He already had an athletic body, which became easy for him to take training as a wrestler. 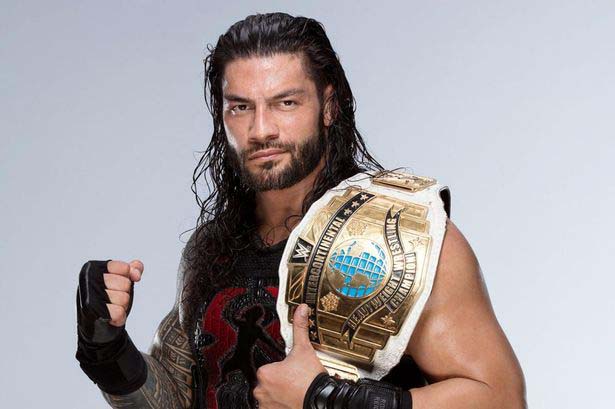 Where was Roman Reigns born?

Roman Reigns real name is Leati Joseph’ Joe’ Anoaʻi who was born on May 25, 1985, in Pensacola, Florida, United States. He was taken to his parents, Leati ‘Sika’ Anoaʻi, and to his mother Patricia A. Anoaʻi. His father was also a former American Samoan professional wrestler.

Likewise, he has two sisters and a brother named Vanessa Anoa’i, Summer Anoa’ I, and Matthew Anoa’i. His brother is also a wrestler who is also known by his ring name Rosey. Roman is currently 36 years old with a Gemini sun sign. Roman Reigns holds an American nationality and follows Christianity. He is half Samoan and half Italian descent.

Where did Roman receive his education?

Roman Reigns grew up in a wrestler family, which influenced him a lot. Unlike his family, he had an interest in football and also had training for it. He attended Pensacola Catholic High School and Escambia High School, where he played football in both schools. Likewise, he has also won several inter-school competitions. Later, he enrolled at the Georgia Institute of Technology, where he was team captain of the football team in his senior year.

What is Roman Reigns’ height and weight?

How did Roman Reigns begin his career?

During his university days, he was signed by ‘Minnesota Vikings’ in 2007. Likewise, in 2008, Edmonton Eskimos of the Canadian Football League (CFL) signed him. He played for CFL in five games in the first season. He also became famous when he played against Hamilton Tiger-Cats in September. After his contract was over, he decided to retire from football and decided to pursue his career in wrestling. 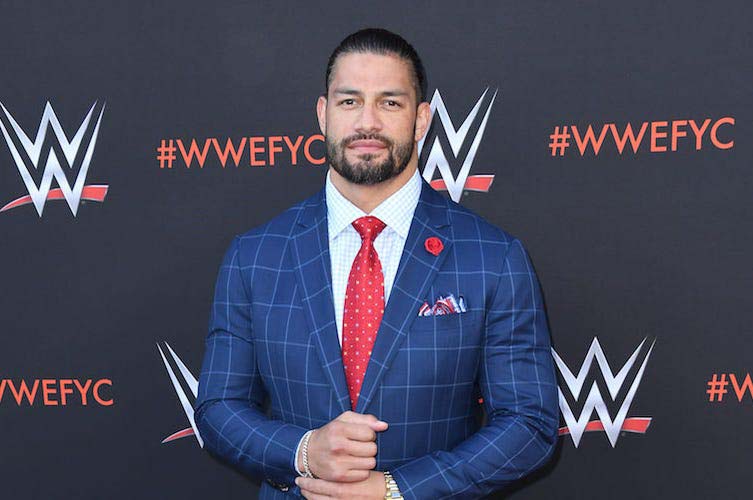 Roman Reigns was his ring name, which was given to him in WWE. He signed his contract for WWE in 2010 and made his debut match against Richie Steamboat in which Richie defeated him. After losing some more games, he finally showed his victory against Fahd Rakman. He then entered a 30-man ‘Grand Royal’ competition but eliminated. Also, the wrestler entered FCW Florida Heavyweight Championship, but he could not win the final match.

He then formed a trio group with Dean Ambrose and Seth Rollins and then made his roster television debut on18th November 2012. The trio was thus named ‘The Shield’. This trio group showed their victory in various matches. Roman and Seth also won the ‘WWE Tag Team Championship’ after defeating “Team Hell No.’ This trio team split and went to pursue a solo career in 2014. He then went to play solo wresting, and in 2014, June 16, he won Battle Royal to qualify for WWE World Heavyweight Championship. But he was not able to bag the title winner. He also won the title of ‘WrestleMania’ and ‘Hell in a Cell’ after defeating Daniel Bryan and Wyatt.

Furthermore, he won the ‘WWE World Heavyweight Champion’ first time in his career by defeating Ambrose. He also won the same title a second time with a match against Sheamus. Though he won the same title for the third time against Triple H, he became suspended for violating the rules. Along with his victories, he has also lost several matches like ‘Survivor Series,’ ‘Royal Rumble,’ and ‘Extreme Rules.’ On 2020, August 23, he made his victory over Braun Strowman and won the ‘WWE Universal Championship.’

Apart from wrestling, he has also appeared in films like ‘The Jetsons & WWE: Robo-WrestleMania!’ where he lent his own voice in 2017. He has also appeared in the 2019 film ‘Fast & Furious Presents: Hobbs & Shaw’ as Mateo Hobbs. Recently, he can also be seen in the 2020 romantic comedy film ‘The Wrong Missy.’

What are Roman Reigns’ achievements? 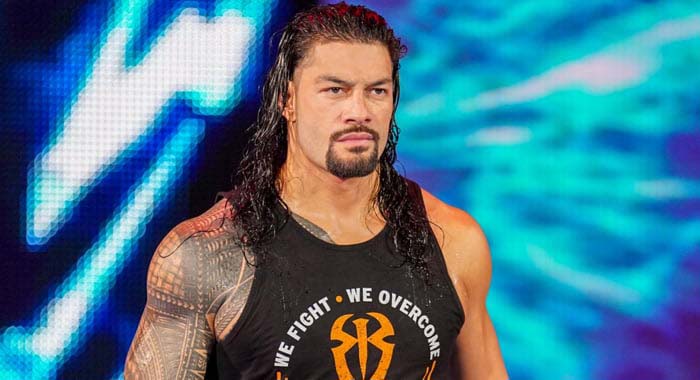 Who is Roman Reigns wife?

Roman Reigns married his long-time girlfriend, Galina Joelle, a fitness model in December 2014 at Disney’s Castaway Cay Bahamas. They are blessed with twin boys in 2017, a daughter in 2008 named Joelle Anoai, and another twin in 2020.

Moreover, he has also gone through surgery on his nose for two months as his nose broke during the wrestling match against Sheamus.

Is Reigns active in social media?

What is the net worth of Roman Reigns?

Roman Reigns is one of the most polarizing WWE superstars. He has achieved fame, name, and earned a handsome amount of money through his wrestling career. His net worth as of 2021 is $12 million.