Who is Rose McGowan?

Rose McGowan is an American actress, director, and singer who have been actively involved in this field since 1990 to date. She is best known for her role in the dark comedy thriller film ‘The Doom Generation’ as Gregg Araki. Through her performance, she has been honored with several awards and nominations as well. She has not only ventured her work in acting but also in directing. Her debut directional is a short film named ‘Dawn’ in 2014. Apart from acting, she is also an activist, singer, and author. She is the avid supporter of the LGBT group and has also formed a website named ‘Rosearmy.com’ in which people can come together and speak the truth. Moreover, she has also appeared in music videos with various artists. She has also recorded the song for the film ‘Dead Awake’ in 2010. 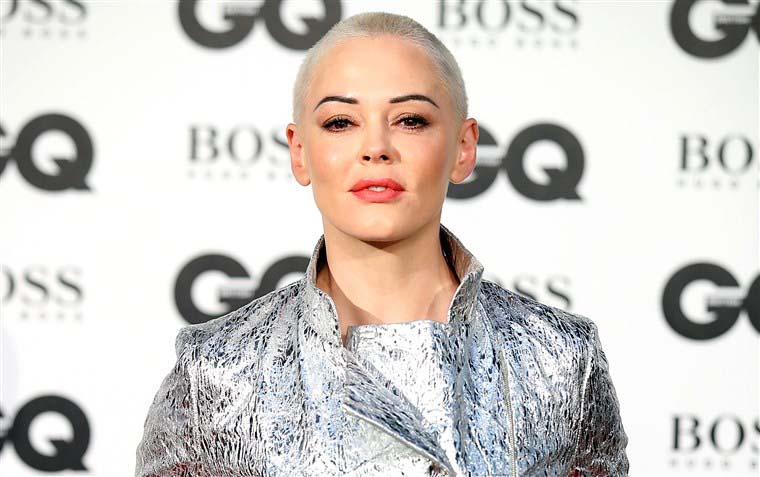 Rose McGowan’s full name is Rose Arianna McGowan. She was born on September 5, 1973, in Florence, Tuscany, Italy, to father Daniel McGowan and to mother Terri. Her father was an activist while his mother was a writer. She grew alongside her two half-siblings. She is currently 46 years old with Virgo star sign.

Rose McGowan holds an American nationality and has Irish, French, and English ancestry. Though she grew up in an Italian chapter of God/Christian family but now seems to be an atheist. Besides this, she stands 5 feet and 3 inches (160cm/1.60m) tall and weighs 56 kg (123lbs). Her body measures 34-24-33 inches, respectively. She has a pair of brown-colored eyes with blonde hair color.

Rose McGowan attended Roosevelt High School and Nova High School. Since her father was well known to art contacts, she was a child model and appeared in many Italian magazines. After she moved to the USA, she also started working in McDonald’s and later moved to Los Angeles to pursue her career in acting. 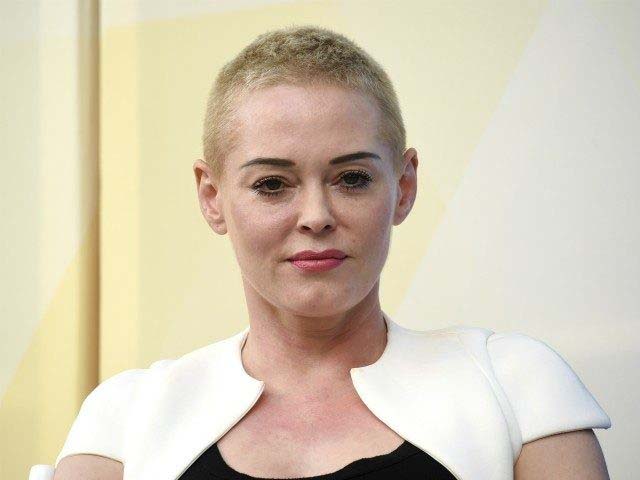 Rose McGowan landed her debut small screen appearance in ‘True Colors’ in 1990 as Suzanne. Then after eleven years, she made a comeback in ‘What About Joan’ in 2001. She also had a leading role in supernatural fantasy series ‘Charmed’ as Paige Matthews. This series ran till 2006 with a total of 178 episodes and 8 seasons. Meanwhile, in 2005 she was seen in a miniseries named ‘Elvis.’ She also appeared in five episodes of ‘Nip/Tuck’ in 2009 and in an episode of ‘Law & Order: Special Victims Unit’ in 2011.

The next year, she became a cast as a guest judge in an episode of the reality competition TV show ‘RuPaul’s Drag Race’ and in two episodes of ‘Once Upon a Time.’ She also had a leading role in the 2014 series ‘Chosen,’ where she played as Josie Acosta. She also lent her voice in the series ‘Ultimate Spider-Man’ as Medusa in 2018. Her recent works are ‘Citizen Rose’ in 2018 and a judge in cooking television game show ‘Chopped’ in 2019.

Rose’s debut film was in ‘Encino Man’ as Nora in 1992. She then appeared in the dark comedy film ‘The Doom Generation’ in 1995. She received her breakthrough moment in the 1996 film ‘Scream,’ where she portrayed the role of Tatum Riley. In the film, she starred alongside David Arquette, Bella Thorne, Courteney Cox, Matthew Lillard, Neve Campbell, Skeet Ulrich, and Drew Barrymore. It also received positive reviews from the critics and was a commercial success. Then in 1997, she featured in various films like ‘Going All the Way,’ ‘Nowhere,’ ‘Lewis and Clark and George’, and ‘Seed,’ which is a short film.

Likewise, in 1999 she appeared in the black comedy film ‘Jawbreaker’ as Courtney Shayne. The other stars were Rebecca Gayheart and Julie Benz in the main lead. The film was a critical failure, and financial was also not successful. In between 200 to 2010 she did various movies among which the notable ones are ‘Ready to Rumble,’ ‘Monkeybone,’ ‘The Black Dahlia,’ ‘Grindhouse – Planet Terror,’ ‘Grindhouse – Death Proof,’ ‘Fifty Dead Men Walking’ and ‘Dead Awake.’ Likewise, she also made in direction and directed a short film named ‘Dawn’ in 2014. Furthermore, we can also see her in the 2016 horror film ‘The Tell-Tale Heart’ as Ariel. Recently, she featured as Kelly Johansen in 2017 independent Canadian psychological thriller film ‘The Sound’.

Rose McGowan won Family Television Awards in 2005 for her work in ‘Charmed.’ She had also won the San Francisco International Film Festival Award in 2009. Similarly, in 2018 she has been honored with Alliance of Women Film Journalists Awards for the category Outstanding Achievement by a Woman in the Film Industry. 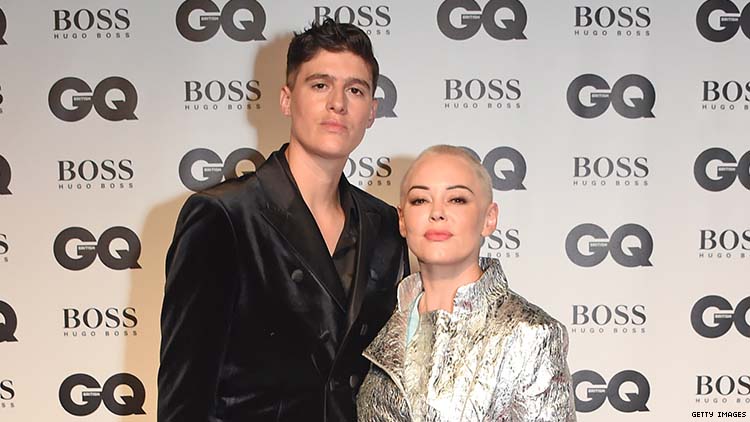 Rose McGowan previously dated media personalities Robert Rodriguez and Marilyn Manson. Later, she engaged to Davey Detail, and after a few months, she married him in 2013. Sadly they also ended their marriage in November 2016.

Rose McGowan is active in her social media platforms. Her Instagram and Twitter account (@rosemcgowan) have 744 thousand followers and 1 million followers, respectively. Her Facebook page has 647.4 thousand likes and 642.7 thousand followers. Moreover, she also has her YouTube channel with her own name, with 12.5 thousand subscribers.

Rose McGowan is an amazing actress, activist, and singer who have contributed very much in this field to date. Her net worth as of 2020 is estimated to be $5 million.