Who is Taylor Schilling?

Taylor Jane Schilling is an American actress. She is well-known for her role on the Netflix original comedy-drama series “Orange Is the New Black” as Piper Chapman. Her role her got her nominations in the Primetime Emmy Award for “Outstanding Lead Actress in a Comedy Series” and two Golden Globe Award nominations for “Best Actress- Television Series Musical or Comedy” and “Best Actress- Television Series Drama”. Taylor starred as debut character in the drama “Dark Matter” in 2007. She also starred in the short-lived NBC medical drama “Mercy” as Nurse Veronica Flanagan Callahan. Schilling’s other film includes “Atlas Shrugged: Part 1,” the romantic drama “The Lucky One,” the comedy “Take Me” and the science fiction thriller “The Titan.”

Schilling was born on July 27, 1984, in Boston, Massachusetts, United States. She is currently 35 years old. Her zodiac sign is Leo. She is a daughter to mother, Patricia (nee Miller) who is an MIT administrator and to father, Robert J, Schilling who is a former prosecutor. She has a younger brother named Sam Schilling. As her parents got divorced, she grew up in West Roxbury and Wayland, splitting her time between her parents. 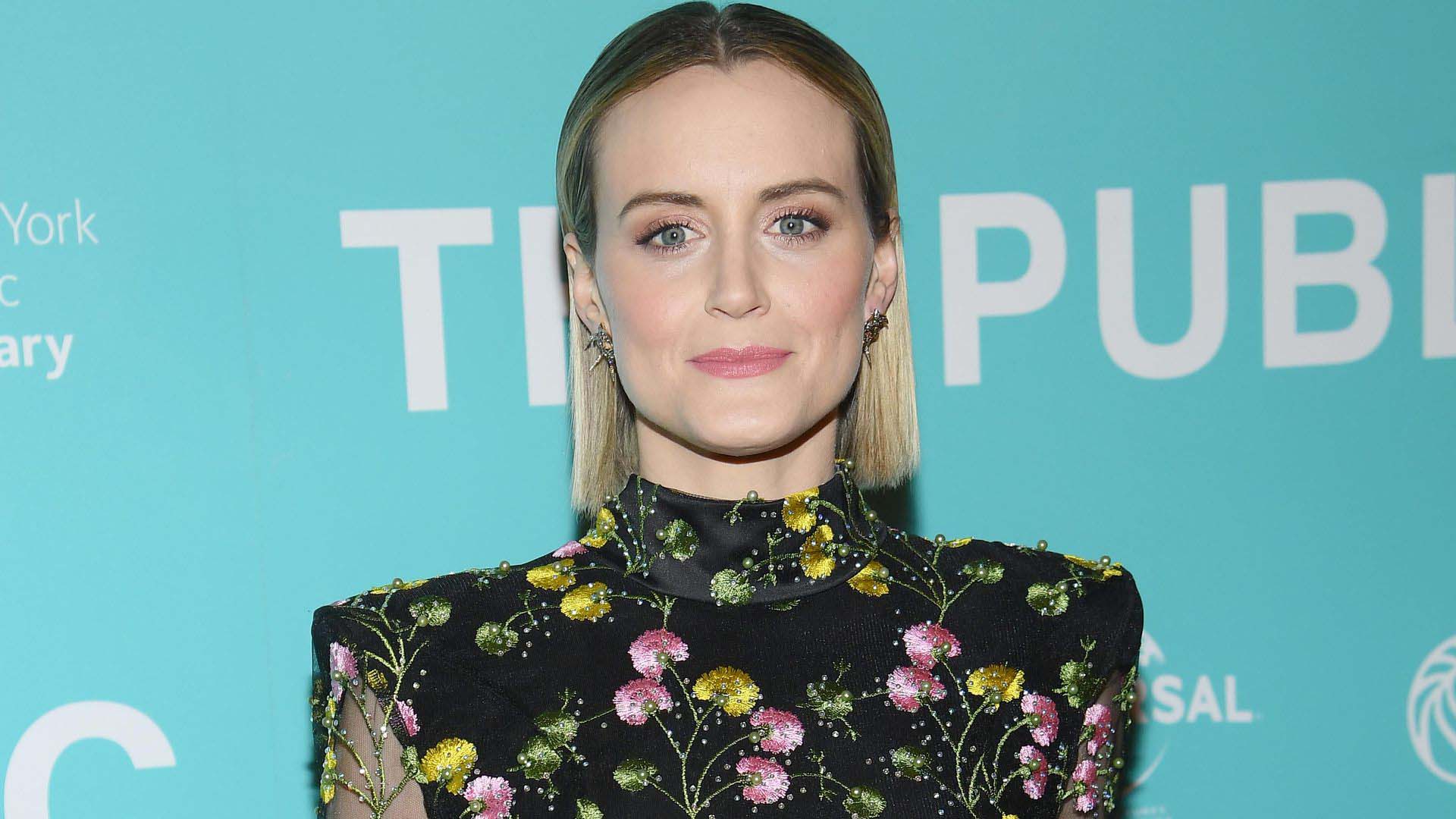 Schilling studied in Wayland High School in 2002. After graduation, she attended Fordham University’s campus at Lincoln Center. During her youth, she was a fan of the NBC medical drama “ER” and eventually started acting in her young age being inspired by that drama. She became active in her middle school’s theatre program when she appeared in a stage production of “Fiddler on the Roof” and continued to take part in stage productions while earning her “Bachelors of Arts” in 2006. Schilling then entered the graduate program at New York University’s Tisch School of the Arts to continue her studies but eventually, she left it in the second year. She supported herself by working as a nanny for a Manhattan-based family while she was attempting to break acting.

Schilling is American by nationality with the white race. Her height is 5 feet 8 inches (1.73 m) and her weight is around 55 kg (121 lbs). She has a slim body type with a body measurement of 33-25-34 inches.  Additionally, her hair color is blonde and eye color is blue.

Schilling dated Carrie Brownstein who is a musician and actress in 2015. They were found getting cozy in Portland which hit the internet in March 2015. The couple split later in the same year. She may be bisexual or homosexual. 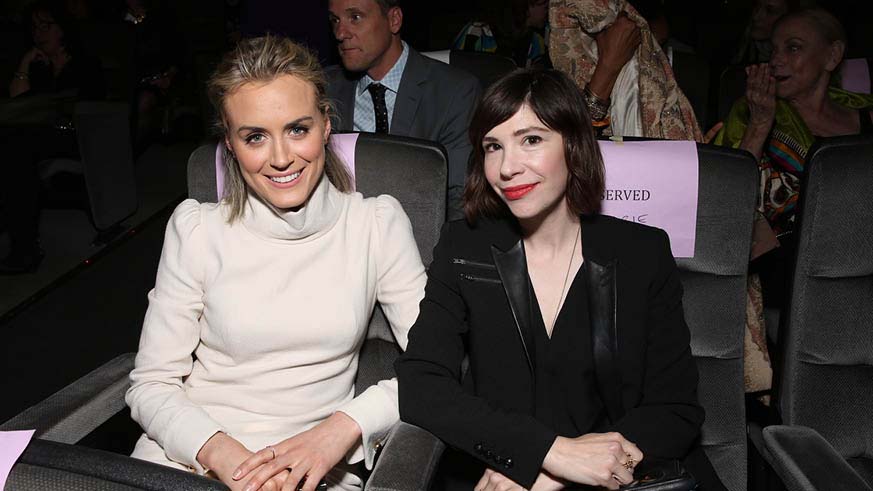 Schilling started her career by acting in the theatre program. She won the Emerson College Playwright’s Festival Outstanding Performance Award. Taylor made her feature film debut with a supporting role in the independent film “Dark Matter” in 2007. Furthermore, she appeared as a tough Iraq war veteran and former military nurse-turned- medical practitioner in the NBC medical drama “Mercy” in 2009. It ran for one season from September 2009 to May 2010.

In 2011, Schilling portrayed as Dagny Taggart in the film “Atlas Shrugged: Part I.” Eventually, in the following year, she co-starred with Zac Efron in the romantic drama film “The Lucky One” and also appeared in the film “Agro.” Subsequently, in 2013, she starred in the Netflix original series “Orange Is The New Black” as Piper Chapman in which the story is based on the Piper Kerman memoir “Orange Is The New Black: My Year in a Women’s Prison.” In the same year, she also played the film “Stay” as Abbey alongside cast Naomi Watts, Ryan Gosling, Kate Burton.

In 2015, Schilling appeared as Emily in “The Overnight”. She played as Emily Warren Roebling in the 2016 series “Drunk History” in the episode: “Landmarks.” She also starred as Anna St. Blair in “Take Me” and as Samantha Ford in the film “Phil” in 2017. Eventually, in the next year, she played “The Public” as Angela, “The Titan” as Dr. Abigail Janssen and “Family” as Kate Stone. Taylor appeared as Sarah Blume in “The Prodigy” in 2019. 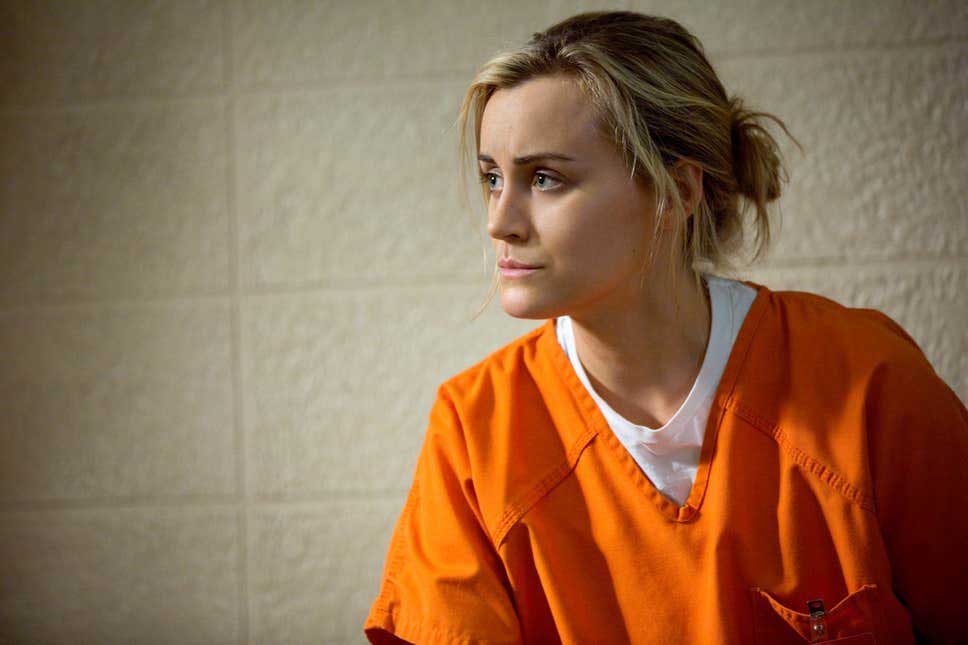 Schilling has been associated in the entertainment industry since her young age and has contributed different movies with significant roles for which she has been nominated in numerous awards and also has won several of them. Schilling has won the “Best Cast” in Hollywood Film Festival from “Agro” in 2012. Subsequently in the next year, 2013, she won the title “Best Actress- Television Series Musical or Comedy” and “Best Cast- Television Series” in Satellite Awards and Webby Awards for “Best Actress” from “Orange Is The New Black”.

Schilling is living a luxurious life. She is a famous actress who has earned a lot of money as well as fame. Taylor currently has about $1.5 million USD approximately.