David Thewlis is an English actor, director, screenwriter, and author who has been associated with the entertainment field since 1985. He is one of the Hollywood film industry’s versatile actors in various films and series. This actor is famous and best known for his portrayal of Remus Lupin in the Harry Potter film series.

Apart from acting, he has also ventured into filmmaking, directing, and writing the movies’ script. Moreover, he is also an author who has published a book called ‘The Late Hector Kipling’ in 2007. David is also a voice actor who has lent his voice in different films, series, and the 2010 video game called ‘World of Warcraft: Cataclysm.’ 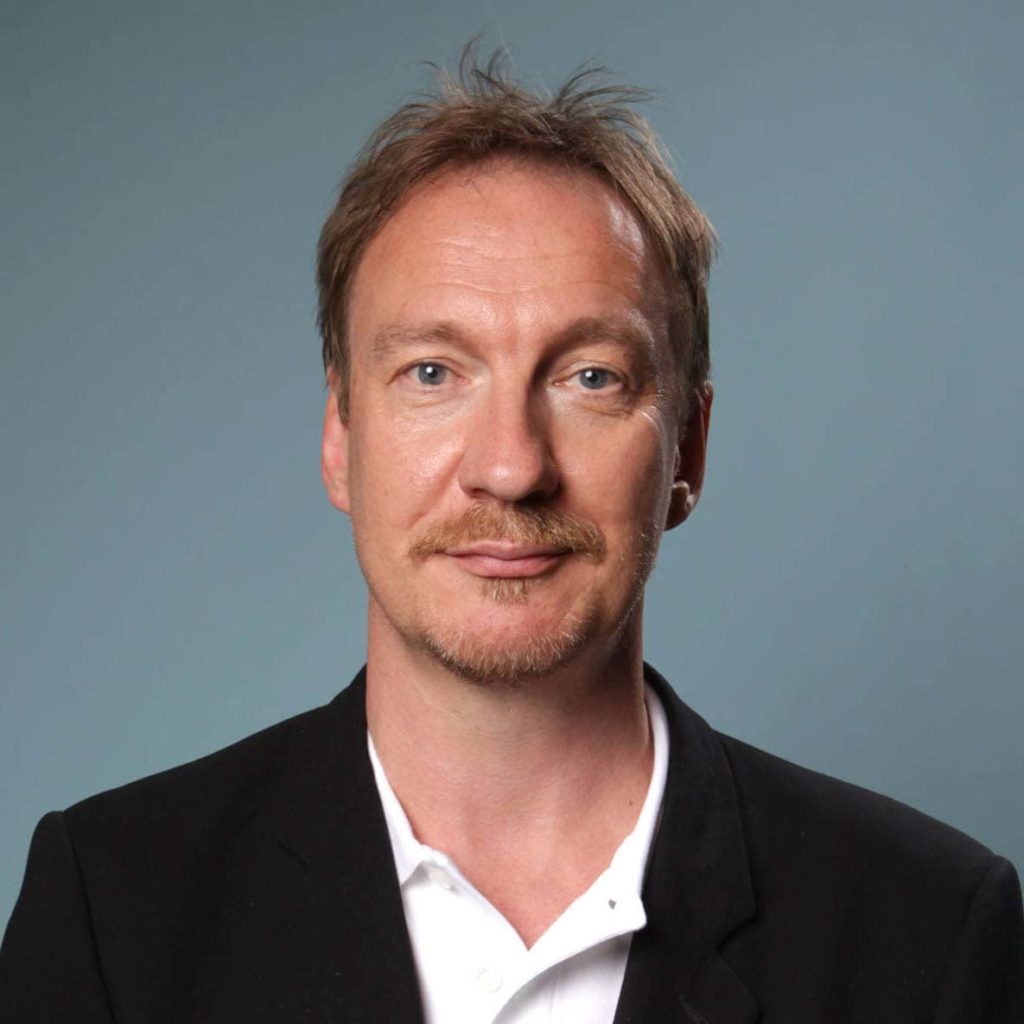 Thewlis’s real name is David Wheeler, born on 20 March 1963 in Blackpool, Lancashire, England. He was born as the second child to Alec Raymond Wheeler and Maureen Wheeler, who worked in their shop. Likewise, he grew alongside his two siblings. Additionally, he is currently 58 years old with an Aries star sign.

David Thewlis completed his secondary education at Highfield High School. During his school time, he was interested in playing guitar and music. Likewise, he also moved to London to pursue his career in music. But later enrolled at Guildhall School of Music and Drama in London. He then graduated in 1984.

David Thewlis holds British nationality. As per his ethnicity, he belongs to White. Furthermore, he has not publicly spoken about his religious views.

David Thewlis is married twice. He first married actress Sara Sugarman in 1992, and two years later, they got divorced. Likewise, he then dated actresses like Kate Hardie and Anna Friel in 2001. David and Anna gave birth to daughter Gracie in 2005, who is also an actress. Sadly, they broke up in 2010.

Moreover, his second marriage is with a French artist in 2017, whose name is not revealed yet. This couple currently resides in Sunningdale, Berkshire. 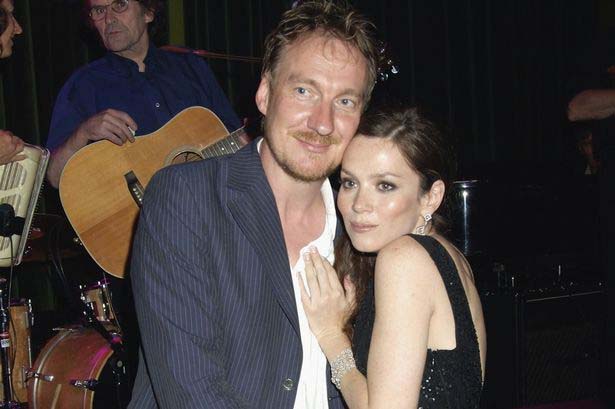 Similarly, in the late 2010s, he appeared in ‘Family Guy’ where he had a voice role, ‘ An Inspector Calls,’ a television film, and ‘Fargo’ in 2017. In this series, he played the role of V. M. Varga, who suffers from bulimia nervosa. This disease made his teeth deteriorated. Moreover, from 2018 to 2019, he voiced over for the series ‘Big Mouth’ as Shame Wizard. His recently played series are ‘The Feed’ in 2019 and ‘Barkskins’ in 2020. 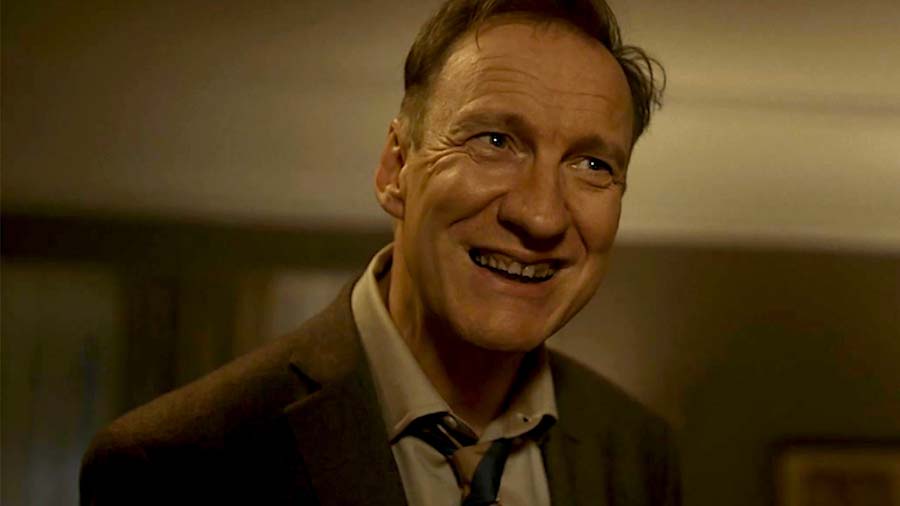 Talking about David’s film, his debut film was ‘Road’ and ‘The Short and Curlies’ in 1987. Between 1988 to 1995, he appeared in many other movies like ‘Little Dorrit,’ ‘Naked,’ ‘Life Is Sweet,’ ‘Afraid of the Dark,’ and ‘Total Eclipse.’ Likewise, he also directed and wrote in the 1995 film ‘Hello, Hello, Hello.’ In 1996, he played in two fantasy films, ‘James and the Giant Peach’ and ‘Dragonheart.’ Similarly, he ended the year with the horror science-fiction ‘The Island of Dr. Moreau’ as Edward Douglas. Some of his other notable film roles are Peter Aufschnaiter in ‘Seven Years in Tibet’ in 1997, ‘Whatever Happened to Harold Smith?’ in 1999, ‘ The Miracle Maker’ in 2000, ‘Goodbye Charlie Bright’ in 2001, and ‘Cheeky’ in 2003 where he directed and wrote the film.

Meanwhile, his other film was ‘Mr. Nice’ in 2010, ‘The Inner Life of Martin Frost’ in 2007, ‘The Lady’ and ‘Anonymous’ in 2011. He also became cast in the biographical romantic drama film ‘The Theory of Everything, where he played Dennis Sciama in 2014. Moreover, the next year he portrayed himself as King Ducan in Shakespeare’s play inspired by the film ‘Macbeth.’ Michael Fassbender, Marion Cotillard, Paddy Considine, Sean Harris, Jack Reynor, and Elizabeth Debicki were the stars of the film. Furthermore, his other movies are ‘Justice League’ in 2017, ‘The Mercy’ in 2018, ‘Guest of Honor’ in 2019, and ‘I’m Thinking of Ending Things’ in 2020. Likewise, he is currently filming for his upcoming film ‘Avatar 3’ in 2024.

David Thewlis has received different awards for his film ‘Naked’ in 1993, like the Cannes Film Festival Award, London Film Critics’ Circle, National Society of Film Critics, etc. Likewise, he has also received various awards for his film series ‘Harry Potter’ like the British Independent Film Award in 2008 and Scream Award in 2009. Likewise, his last won award is the Alliance of Women Film Journalists Award in 2016 for his ‘Anomalisa.’

Net Worth of David Thewlis

David Thewlis is a versatile actor with a huge fan base and popularity. Along with his popularity, he also earns a good amount of money. His estimated net worth as of 2020 is $800 thousand.