Who is Benicio del Toro?

Benicio del Toro is a Puerto Rican actor and producer who has actively worked in the industry since 1987. This actor is well-known for his portrayal of Javier Rodriguez in the 2000 film ‘Traffic’ which also led him to various accolades. He initially studied business but as his interest in acting grew, he dropped out of his business class and studied acting. Likewise, he began his acting career from television and eventually landed in playing films. Moreover, he is also one of the youngest actors to become cast as a Bond henchman at the age of 21. Apart from acting, he has also voiced over various characters in different movies and also acted in the theme park attractions in 2017. 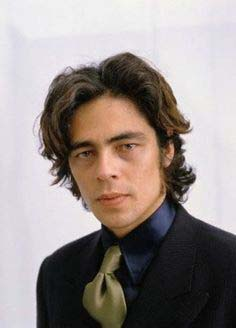 Benicio del Toro holds the nationality of three countries;  Puerto Rican, Spanish, and American. As per his ethnicity, he is of mixed race of white and Hispanic. He has Spanish, Catalan, Basque, Italian, and Indigenous American ancestry. Moreover, his religious views are Christianity. Besides this, he stands 6 feet and 2 inches (1.88m/188cm) tall and weighs around 90 kg (198lbs). Additionally, he has a pair of hazel-colored eyes and dark brown hair color.

Benicio del Toro attended two schools named Academia del Perpetuo Socorro (The Academy of Our Lady of Perpetual Help) and Mercersburg Academy. He then enrolled at the University of California and studied business. But as his interest grew in his elective drama course, he dropped out of the business classes. Likewise, he then joined acting classes at the Stella Adler Conservatory of Acting in Los Angeles, and the Circle in the Square Theatre School in New York City.

Benicio del Toro is not on any social media platforms.

Talking about Benicio’s personal life, ha has dated different women in his life. Previously, he dated Clarie Forlani, Alicia Silverstone, Chiara Mastroianni, Lindsay Lohan, Kimberly Stewart, etc. Likewise, he also has one daughter named Delilah with Kimberly Stewart though he is not married. 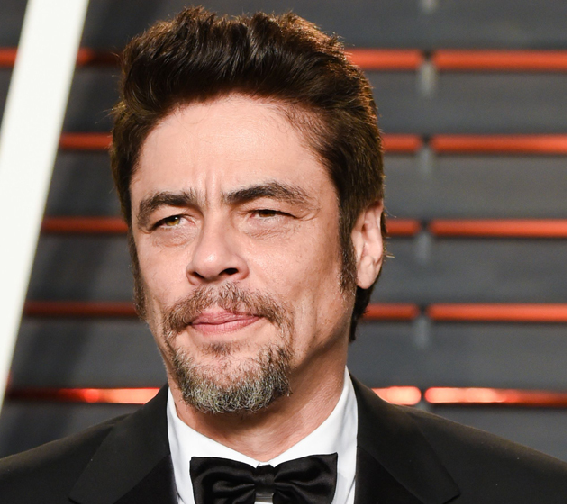 Benicio del Toro landed his debut film role in the 1988 film ‘Big Top Pee-wee’ where he played the role of Duke. The next year, he appeared in ‘V’ as Dario. Likewise, he also played in the Sean Penn directional film ‘The Indian Runner’ in 1991. He also starred in ‘Christopher Columbus: The Discovery’ in 1992, ‘Fearless,’ and ‘Golden Balls’ in 1993. Toro also played in ‘China Moon’ and ‘Swimming with Sharks’ in 1994. He then became director, writer, and producer for the short film ‘Submission’ in 1995. Moreover, his other 1990s films were ‘Cannes Man,’ ‘Basquiat,’ ‘Joyride,’ ‘Excess Baggage,’  and ‘ Fear and Loathing in Las Vegas.’ In 2000, he became one of the casts of the crime drama film ‘Traffic’ where he played the role of Javier Rodríguez. This role earned him the Oscar award.

Similarly, he also played in ‘The Pledge’ in 2001, ’21 Grams,’ and ‘The Hunted’ in 2003, ‘Sin City’ in 2005,  and ‘Things We Lost in the Fire’ in 2007. He then produced the 2008 film ‘Che’ and the 2010 film ‘The Wolfman.’ Likewise, he then had a voice role in ‘The Upsetter’ as the narrator in 2011. The next year, he appeared in ‘Savages’ and directed the film ‘7 Days in Havana’ the same year.  Moreover, he also had an uncredited cameo role in ‘Thor: The Dark World’ in 2013. The next year, he appeared in a Marvel productions superhero film ‘Guardians of the Galaxy’ as Taneleer Tivan / The Collector. It starred stars like Chris Pratt, Zoe Saldana, Dave Bautista, Bradley Cooper, Michael Rooker, Lee Pace, etc.

Benicio del Toro landed his debut acting role in the television series. He first played ‘Shell Game’ as Pedroza in 1987. The same year, he also played in ‘Miami Vice’ as Pito and ‘Private Eye’ as Carlos. After three years, he again portrayed the role in the mini-series ‘Drug Wars: The Camarena Story’ as Rafael Caro Quintero. Likewise, his next TV appearance happened in Tales from the Crypt’ in 1994 and ‘Fallen Angels’ in 1995. Furthermore, his last played series is ‘Escape at Dannemora’ where he played as Richard Matt in 2018. 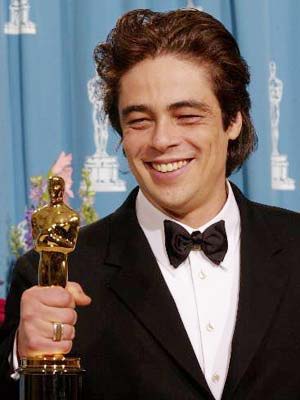 Benicio del Toro has received a total of 33 awards out of 64 nominations. He has received the Academy Award for his role in ‘Traffic’ in 2001. He has also won the Berlin International Film Festival Awards, British Academy Film Awards, Golden Globe Awards, Screen Actors Guild Awards, National Society of Film Critics Awards, and many more awards for the same film. Likewise, he has also won the Hollywood Film Awards in 2015, Independent Spirit Awards in 2004, and American Latino Media Arts Awards in 2001.

Net Worth of Benicio del Toro

Benicio del Toro is a versatile American actor who has gained huge fame and name. He has an estimated net worth of $45 million as of 2021.