An English actor who is well-known for his role in black comedy film 'American Psycho' where he played as Patrick Bateman.

Who is Christian Bale?

Christian Bale is an English actor who has vigorously worked in the entertainment field from 1982 to date. This actor is known for his versatility and artistic acting skills which makes the audience, as well as critics, mesmerized. Likewise, he is well-known for his role in the back comedy film ‘American Psych’ where he played the role of a serial killer named Patrick Bateman. Bale has also been listed as the most influential people in the world by ‘Time 100’ in 2011. Talking more, he has also received various prestigious nominations and awards for his acting roles. Apart from acting, he is also a supporter of different environmental groups like the Sea Shepherd Conservation Society, Greenpeace, and the World Wildlife Fund. 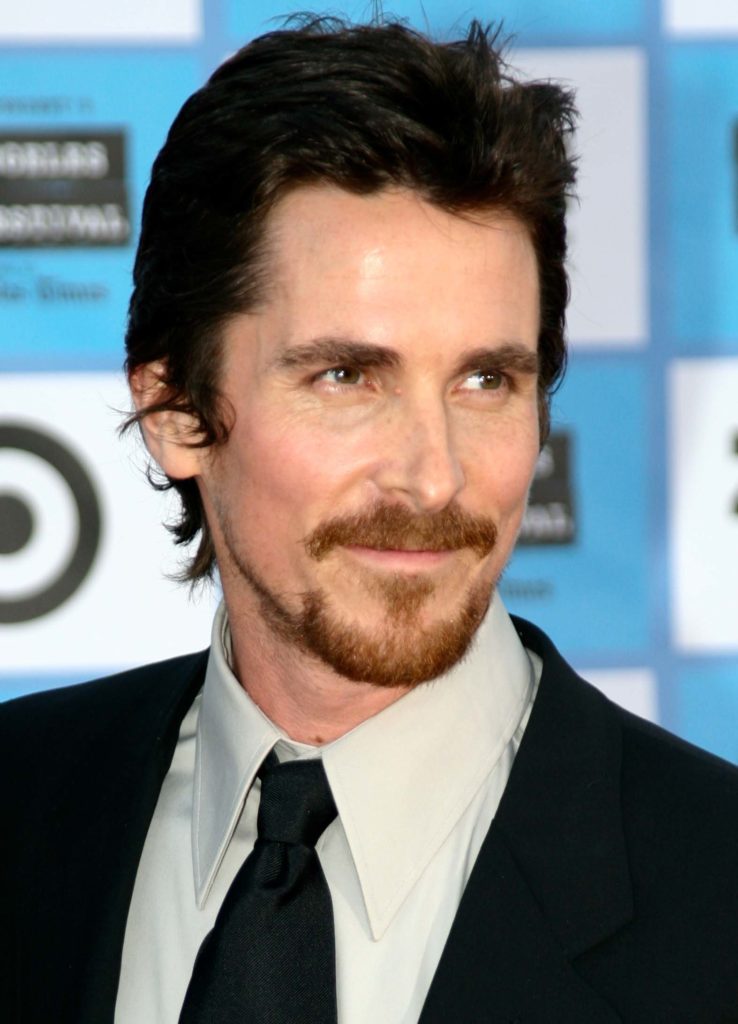 Christian Charles Philip Bale was born on 30 January 1974 in Haverfordwest, Pembrokeshire. His father David Bale is an entrepreneur while his mother, Jenny James worked as a circus performer. Likewise, he grew alongside his three sisters named Louise Bale, Erin Bale, and Sharon Bale. Sadly, his parents separated in 1991 and he moved with his father to California. While his sister Sharon moved with her mother. Additionally, he is currently 46 years old with an Aquarius star sign.

Christian Bale holds a British nationality and as per his ethnicity, he is White. He has South African ancestry from his father and English descent from his mother. Though he is non-religious, he often visits Church. Besides this, he stands 6 feet (1.83m/183cm) tall and weighs around 80kg (176lbs). Moreover, he has a pair of hazel-colored eyes and dark brown hair color.

Christian Bale attended a boy’s grammar school named Bournemouth School. He dropped out of his studies at the age of 16 to pursue an acting career.

This actor likes to keep his personal life private which is why he is not active on any social media platforms.

Christian Bale previously dated actress Drew Barrymore in 1987, Samantha Mathis in 1994, and Anna Friel in 1998. Likewise, he then married a former Serbian-American model named Sibi Blazic in 2000. This couple gave birth to a daughter named Emmeline Bale in 2005 and a son named Joseph Bale in 2014. 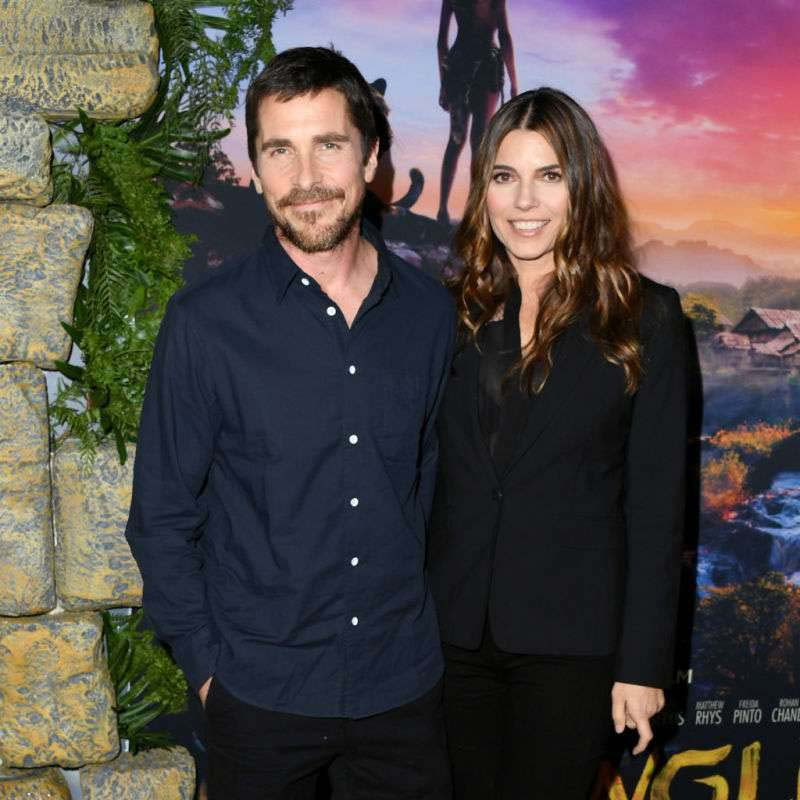 Christian Bale made his debut film role in ‘Mio in the Land of Faraway’ in 1987. The same year, he also appeared in ‘Empire of the Sun’ as Jim Graham. Likewise, he then appeared in ‘Henry V’ in 1989, ‘Newsies’ in 1992, ‘Swing Kids’ in 1993, and ‘Prince of Jutland’ in 1994. He also had a voice role in ‘Pocahontas’ as Thomas in 1995. His other 1990s films were ‘The Portrait of a Lady,’ ‘Metroland,’ ‘The Portrait of a Lady,’ ‘A Midsummer Night’s Dream,’ ‘and ‘The Secret Agent.’ In the year 2000, he received his breakthrough role in the black comedy slasher film ‘American Psycho’ where he played the role of Patrick Bateman. The film starred Willem Dafoe, Jared Leto, Josh Lucas, Chloë Sevigny, Samantha Mathis, Cara Seymour, Justin Theroux, Guinevere Turner, Reg E. Cathey, and Reese Witherspoon. The same year, he also played in the movie ‘Shaft.’

Furthermore, his other movies between 2001 to 2005 are ‘Captain Corelli’s Mandolin,’ ‘Reign of Fire,’ ‘The Machinist,’ ‘The New World,’ and ‘Howl’s Moving Castle’ where he had a voice role. Likewise, he also became one of the main casts of the superhero film ‘Batman Begins’ in 2005 where he played the titular role. The other stars of this film were Michael Caine, Liam Neeson, Katie Holmes, Gary Oldman, Cillian Murphy, Tom Wilkinson, Rutger Hauer, Ken Watanabe, and Morgan Freeman. Moreover, he also played in ‘Rescue Dawn’ in 2006, ‘I’m Not There’ in 2007, ‘The Dark Knight’ in 2008, ‘Terminator Salvation’ in 2009, and ‘The fighter’ in 2010. Bale also reprised his role of Batman in ‘The Dark Knight Rises’ in 2012.

Christian Bale landed his debut television role in the television movie named ‘Anastasia: The Mystery of Anna’ in 1989. He then appeared in other television films like ‘Treasure Island’ in 1990, ‘A Murder of Quality’ in 1991, and ‘Mary, Mother of Jesus’ in 1999. Apart from TV, he has also voiced over in the 2005 video game ‘Batman Begins’ as Batman. 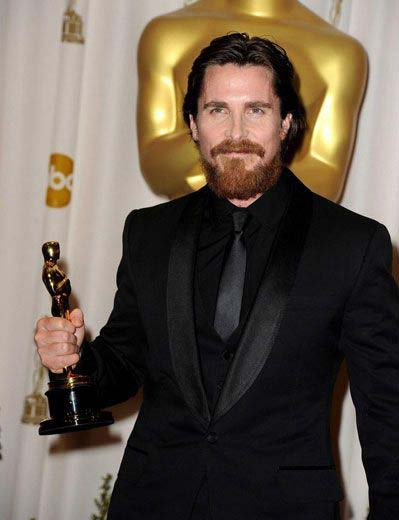 Christian Bale has received a total of 136 nominations out of which he has won 76 awards. Some of his prestigious awards are the Academy Award in 2011, the Golden Globe Award in 2011 and 2019, and the Screen Actors Guild Award in 2011 and 2014. Likewise, he has also won the Critics Choice Movie Awards six times, the People’s Choice Award three times, the Empire Awards, MTV Movies & TV Awards, and many more.

Net Worth of Christian Bale

Christian Bale is one of the talented actors in the industry. He has a huge fan following and has earned a handsome amount of money. As of 2021, his estimated net worth is $120 million.