Jared Harris is an English actor who has actively worked in the entertainment field from 1989 to date. He initially began his career in this field is 1983, where he directed an unfinished feature-length film. Likewise, he officially started his acting career in the 1989 film ‘The Rachel Papers.’

In addition, this actor has portrayed his role in various movies and television series. He is well-known for his role in ‘Mad Men’ as Lane Pryce, ‘The Crown’ as King George VI, and ‘Chernobyl’ as Valery Legasov. Apart from movies and series, he has also acted in theatre plays.

His first theater play happened in 1991 play ‘Henry IV, Part 1 and Part 2’ as Henry Percy. Moreover, his last theatre play was ‘Period of Adjustment’ in 2006. Additionally, he has also received prestigious nominations and awards for his acting skills. 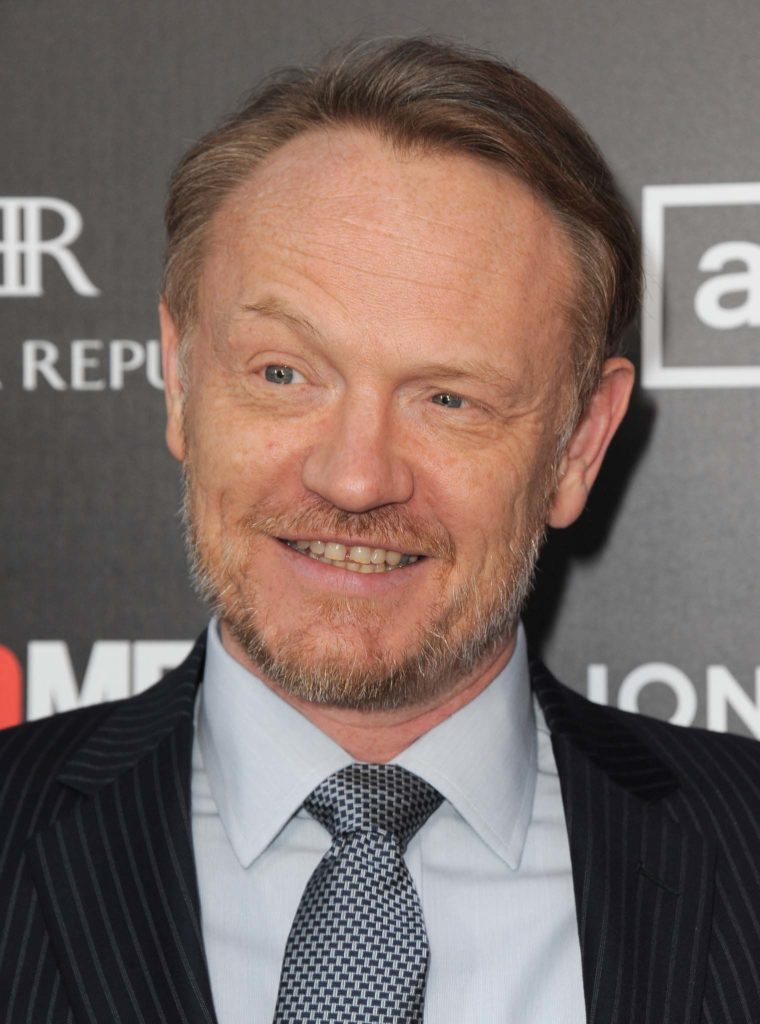 Jared Francis Harris was born on 24 August 1961 in Hammersmith, London, UK. His parents belonged to the entertainment industry as his father Richard Harris was an Irish actor, and his mother Elizabeth Rees-Williams is a Welsh actress. He was born as a second child, and his older brother Damian Harris is a director while his younger brother Jamie Harris is an actor. Moreover, he is currently 59 years old with a Virgo star sign.

Jared Harris attended a co-educational boarding Catholic school named Downside School. He then enrolled at Duke University and graduated in 1983 with a BFA degree.

Jared Harris holds British nationality, and as per his ethnicity, he is White. However, he has Welsh, English, and Irish ancestry. His religious views and beliefs are not known at the moment.

Talking about his love life, Jared is married thrice. He first married Jacqueline Goldenberg in 1989 but divorced in 1990. Likewise, he then started dating Emilia Foz and married her in July 2005. However, after three years, they got separated and divorced in 2010.

Similarly, he then married a lighting designer and TV host, Allegra Riggio, in November 2013. Talking more, Allegra is a lifetime member of the NRA (National Rifle Association) since she was nine years old. This couple currently lives in Los Angeles, United States. 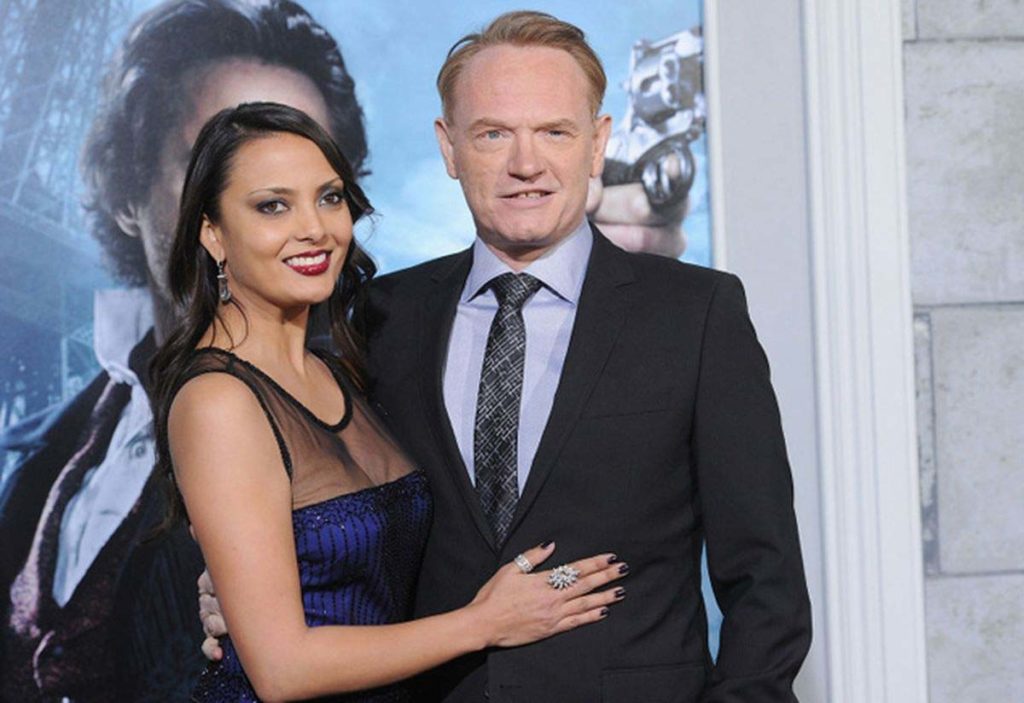 This actor has worked in the entertainment field since 1989. It has already been 32 years since he has worked here. Likewise, he has never failed to downhearted his audiences. He always makes his fans entertain through his versatile acting roles.

Similarly, in 2011, he played in the period action mystery film ‘Sherlock Holmes: A Game of Shadows’ where he played the role of Professor James Moriarty. The following year, he appeared in ‘Lincoln’ as Ulysses S. Grant. He also starred in ‘The Mortal Instruments: City of Bones and ‘ The Devil’s Violinist in 2013. Likewise, he also voiced over Lord Charles Portley-Rind in ‘The Boxtrolls’ in 2014. In 2015 he played in two movies, and in 2016 he played in three movies. Furthermore, his last played film is ‘Robert the Bruce’ where he played the role of John Comyn. His upcoming film ‘ Morbius’ is currently working in post-production.

Jared Harris landed his debut TV role in ‘New York Undercover in 1995. After this, he directly appeared in the 2000 television film ‘Two of Us’, where he played John Lennon. Likewise, he then appeared in ‘Without a Trace’ in 2003, ‘To the Ends of the Earth’ in 2005, ‘Law & Order: Special Victims Unit in 2007, ‘The Riches’ and ‘Fringe’ in 2008. Meanwhile, he also starred in television movies like ‘The Other Boleyn Girl in 2003, ‘Coup!’ in 2006, and ‘The Shadow in the North’ in 2007. From 2009 to 2012, he also appeared in the drama TV series ‘Mad Men‘ as Lane Pryce. Moreover, he starred alongside Jon Hamm, Bryan Batt, January Jones, Maggie Siff, Ben Feldman, Rich Sommer, Elisabeth Moss, Michael Gladis, and Aaron Staton.

Furthermore, he voiced over King of England in an episode of ‘Axe Cop’ in 2013. He also played in ‘The Expanse’ from 2015 to 2017. Meanwhile, he again voiced over James Bond Villain in ‘Robot Chicken’ in 2016. The same year, he also played in the historical drama ‘The Crown’, where he portrayed the role of King George VI. Likewise, in 2018 he appeared in ‘Animals’ and ‘The Terror.’ He also starred in ‘Chernobyl’ as Valery Legasov and ‘Carnival Row’ as Absalom Breakspear in 2019. Moreover, his upcoming series is ‘Foundation’ which is to be released in 2021. 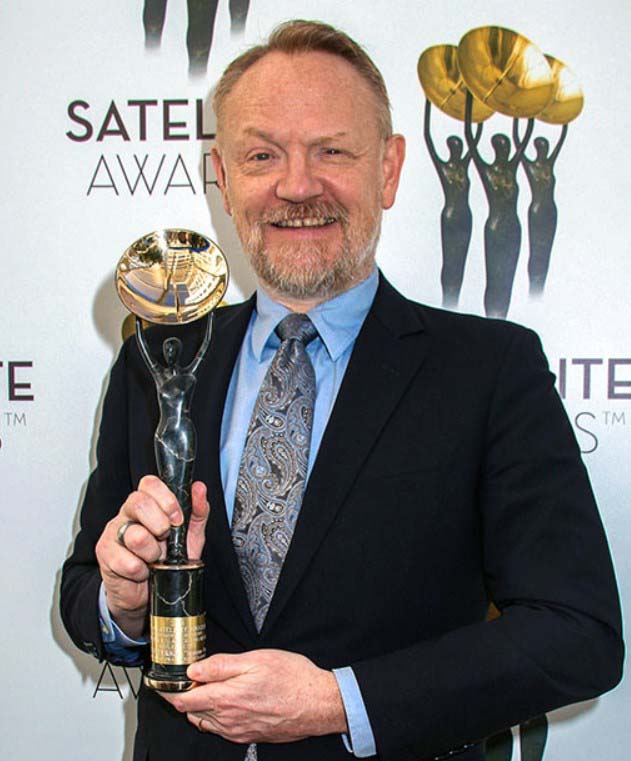 Likewise, he has also won the Satellite Award and the British Academy Television Awards. He received this award under the best actor category for his role in the series ‘Chernobyl’ in 2019 and 2020.

Net Worth of Jared Harris

Jared Harris is one of the most celebrated actors in the film industry. He is well-known for his versatile acting roles in various television series and movies. As a result, this actor has gained worldwide fame and has earned huge popularity. Along with this, he has also earned a good amount of money. Likewise, Jared has an estimated net worth of $8 million as of 2021.