Who is Doug Pederson?

Doug Pederson is a professional American football coach. Currently, he is the head coach of the team Philadelphia Eagles. He also used to be a football player who played for the Green Bay Packers as their backup quarterback. 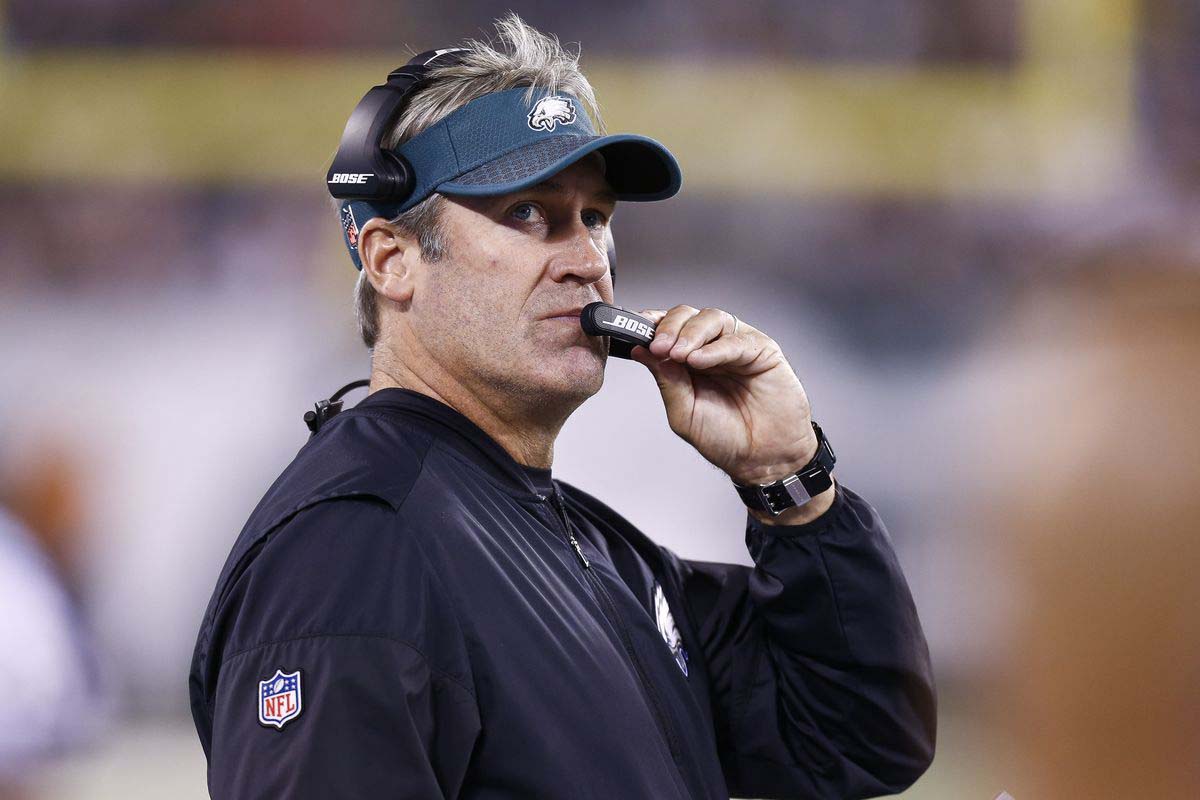 Doug Irving Pederson(Douglas) was born on the 31st of January, 1968 in Bellingham, Washington. Pederson attended Northeast Louisiana. He was the three-year starter quarterback in his college days. Furthermore, he finished his college career with 6,445 yards and 33 touchdowns on 571-of-1,032 passing. He graduated with a B.B.A. in business management from Northeast Louisiana. 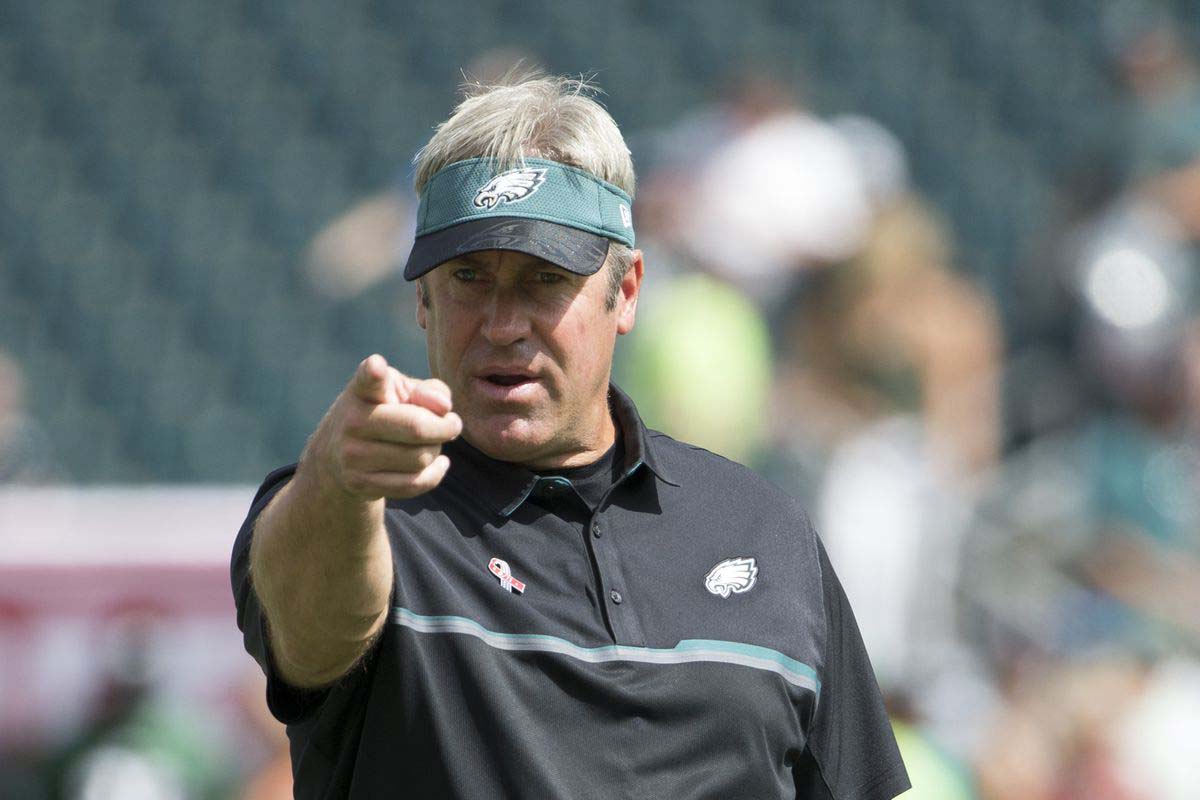 Doug Pederson became the head coach of the Philadelphia Eagles on the 18th of January, 2016. This followed a three-year run as the offensive coordinator of the Kansas City Chiefs from the years 2013 to 15.

Pederson led the Eagles to a 13-3 regular-season record in just his second season as an NFL head coach. Furthermore, he led the team to an NFC East title, as well as the No. 1 seed in the NFC playoffs and the first Super Bowl title in franchise history over the New England Patriots with a 41-33 victory in Super Bowl LII.

Pederson helped develop rookie quarterback Carson Wentz, who is the No. 2-overall pick in the 2016 NFL Draft as a first-year head coach with the Eagles in 2016. Furthermore, he prepared the first-year signal-caller to start the regular-season opener against the Cleveland Browns. 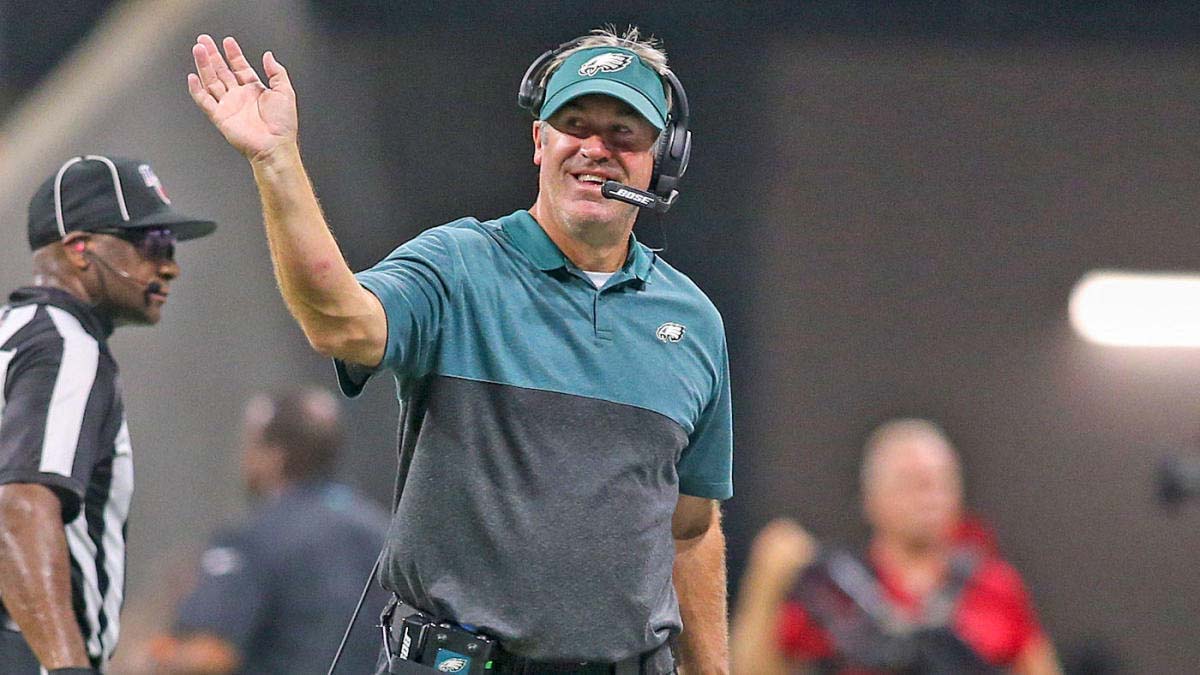 Furthermore, the Chiefs excelled at protecting the football and committed the third-fewest turnovers in the NFL from 2013-15 during his time with the Kansas City Chiefs.

Pederson began his pro coaching career as an offensive quality control coach in 2009 with the team the Eagles. Furthermore, he served in that capacity through the 2010 season.

Pederson is the son of Teri and Gordon Pederson. Pederson met Jeannie in college. She played basketball at Louisiana College. The couple married and have three sons together. Furthermore, he is a devout Christian. Also, Pederson lives in Moorestown, New Jersey.