Who is Ethan Suplee?

Ethan Suplee is an American actor who has actively worked in the entertainment field since 1994. This actor became interested in acting as his parents were former actors. Likewise, he has appeared in different kinds of TV series and movies. He is well-known for his acting role in the crime drama movie ‘American History X’ where he played the role of Seth Ryan. Apart from acting in films and series, he has also featured in three music videos with different artists. Moreover, he also has his own podcast where he has shared that in the last 2 decades he has gained and lost nearly 1000 lbs fluctuating between binging and crash diets, under-activity, and over-training. 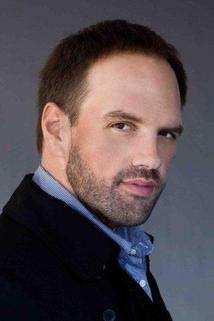 Ethan Suplee was born on 25 May 1976 in Manhattan, New York, the United States. He was born to his father, Bill Suplee, and to his mother, Debbie Suplee. His parents are former actors who met on the shooting set. Ethan also has a younger sister named Samantha Suplee. Additionally, he is currently 44 years old with the zodiac sign of Gemini.

Ethan Suplee holds an American nationality and as per his ethnicity, he belongs to White. He has American, German, Welsh, and French ancestry. Moreover, he is a Scientologist and practices Scientology as his religion. Besides this, he stands 6 feet and 1 inch (1.85m/185cm) tall and weighs around 240 kg (529lbs). Talking more, he has an active diet and workout program. Moreover, he has a ripped body type with a pair of dark brown eyes and dark brown hair color.

Ethan Suplee was 14 years old when he dropped out of his education.

Ethan Suplee has active social media accounts. His Instagram account (@ethansuplee) has 391 thousand followers, and his Twitter handle (@EthanSuplee) has 1 million followers. Likewise, his Facebook page has 16 thousand followers and 15 thousand likes which is not verified yet. Moreover, he also has his own website (www.americanglutton.net), where he shares his amazing weight loss and body transformation journey.

Ethan Suplee started dating Brandy Lewis in 2002 and then married her in 2006. This couple is blessed with two daughters whose names are Francis Clementine Suplee and Billie Grace Suplee. 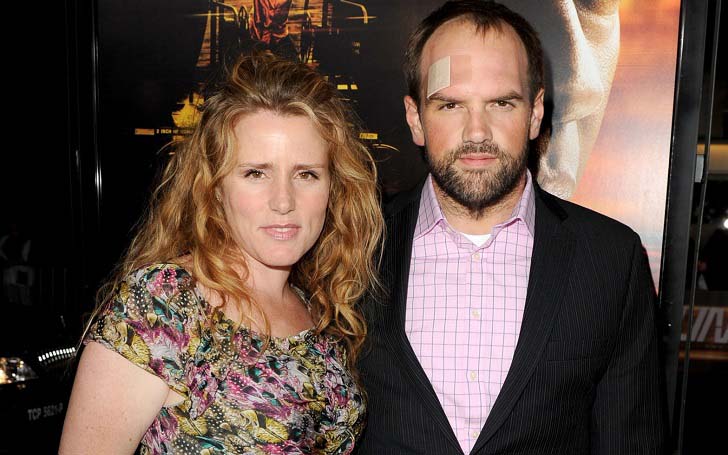 Ethan Suplee landed his debut acting role in the 1995 romantic buddy comedy movie, Mallrats’ where he played Willam Black. Following this, he appeared in movies like ‘One Down’ in 1996, ‘Chasing Amy,’ ‘A Better Place,’ ’35 Miles from Normal,’ and ’11th Hour’ in 1997. The next year, he appeared in two films named ‘Desert Blue’ as Cale and ‘American History X’ as Seth Ryan. The role of Seth brought him a huge break and the main stars of the films were Edward Norton and Edward Furlong. Likewise, in 1999 he voiced over the titular character named ‘Dogma’ and appeared in ‘Tyrone’ as Joshua Schatzberg. In 2000, he appeared in four movies, ‘Takedown,’ ‘Road Trip,’ ‘Vulgar,’ and ‘Remember the Titans.’

Furthermore, he then appeared as Kenny in ‘Breakout,’ and as Toby Welch in ‘The Wolf of Wall Street’ in 2013. The next year, he featured as Officer Dave in ‘Walk of Shame’ where he shared the screen with Elizabeth Banks, James Marsden, Gillian Jacobs, and Sarah Wright Olsen. Likewise, in 2015 he starred in ‘True Story’ as Pat and ‘Tooken’ as Paul Miller. He also became one of the casts of the film ‘The Trust’ and ‘Deepwater Horizon’ in 2016, and ‘Motherless Brooklyn’ in 2019. His recently played film is the thriller movie, ‘The Hunt’ in 2020 where he played the role of Gary. 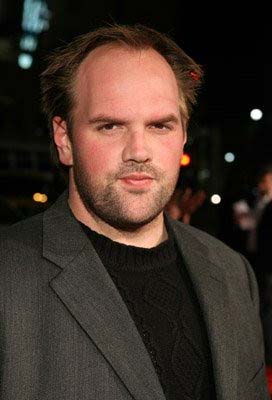 Furthermore, his next TV appearance came in the 2012 TV movie named ‘Rise of the Zombies’ where he played Marshall. Likewise, he then appeared in ‘Jennifer Falls’ in 2016, ‘The Ranch,’ and ‘Chance’ in 2016. He also had a role in ‘Twin Peak’ in 2017 and ‘Vampirina’ in 2018. In this 2018 series, he had a voice role alongside Isabella Crovetti, Lauren Graham, James Van Der Beek, Mitchell Whitfield, Wanda Sykes, and Dee Bradley Baker. Additionally, his last played series are ‘Santa Clarita Diet’ in 2019 and ‘Good Girls in 2020.

Ethan Suplee has received the nomination from the Golden Nymph Awards, and the Screen Actors Guild Awards for his role in ‘My Name is Earl’ in 2007 and 2006, respectively.

Net Worth of Ethan Suplee

Ethan Suplee has an approximate net worth of $8 million as of 2021.