A South Korean-American actor who is well-known for his horror television series 'The Walking Dead' where he played as Glenn Rhee.

Who is Steven Yeun?

Steven Yeun is a South Korean-American actor who has worked in the American film industry from 2005 to date. He became interested in acting during his freshman year at his college and then moved to Chicago in 2005. Eventually, he moved to Los Angeles in 2009 to pursue his acting career. This actor is famous for his characterization in the horror television series ‘The Walking Dead’ where he played the role of Glenn Rhee. Moreover, he has also voiced different characters in animated movies and series. Apart from acting, he has also endorsed different brands and commercials like Toyota, State Farm, Best Buy, etc. Despite being so famous, Steven is a down-to-earth personality in real life. 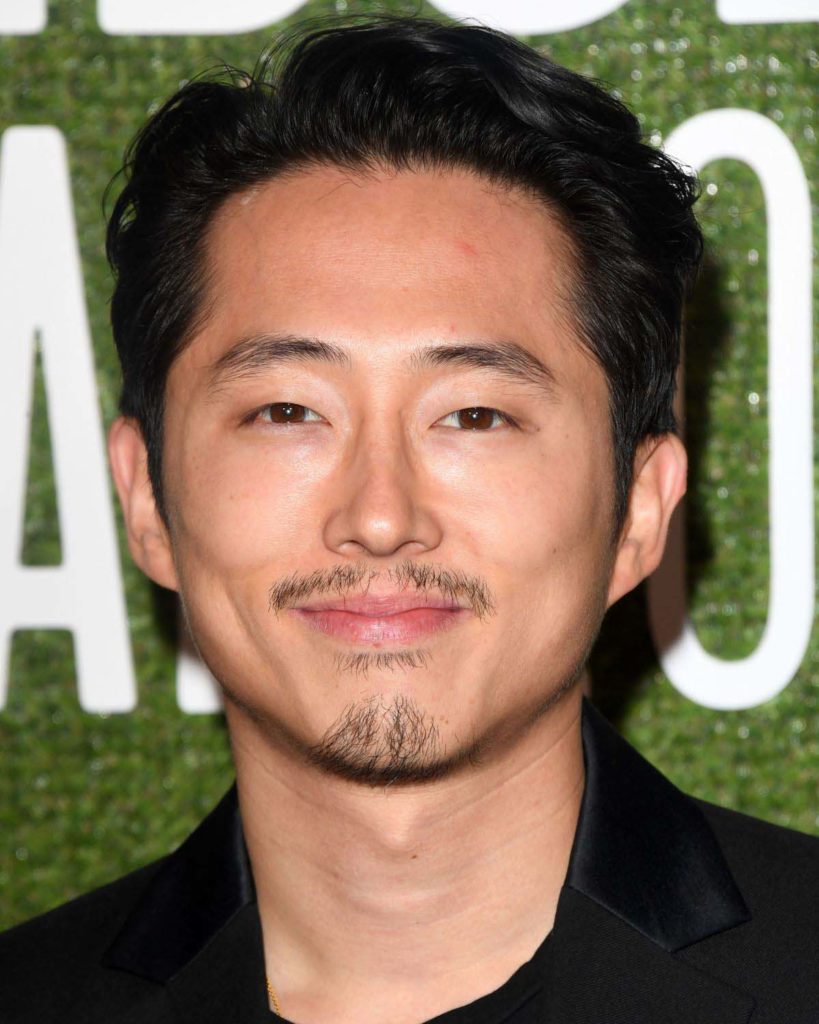 Steven Yeun’s real name is Yeun Sang-yep, born on 21 December 1983, in Seoul, South Korea. His parents are Je Yeun, a former architect and owner of beauty stores, and June Yeun. Moreover, he grew alongside his younger brother Brian Yeun who is a restaurant owner in Troy, Michigan. Additionally, he belongs to the Sagittarius sun sign and is currently 37 years old.

Steven Yeun holds an American nationality. As per his ethnicity, he is Asian belonging to Korean origin. Moreover, his religious views are Christianity. Besides this, he stands 5 feet and 9 inches (1.75m/175cms) tall and weighs around 67kgs (148lbs). He has an athletic body type. Moreover, he has a pair of dark brown-colored eyes and black hair color.

Steven Yeun completed his schooling at Troy High School in Michigan and graduated in 2001. He then enrolled at Kalamazoo College where he studied psychology. Moreover, he received his BA degree with a major in neuroscience in 2005.

Steven Yeun is married to his long-term girlfriend Joana Pak on 3 December 2016. This couple has two children. Apart from this, he is an investor in The Bun Shop owned by his brother. 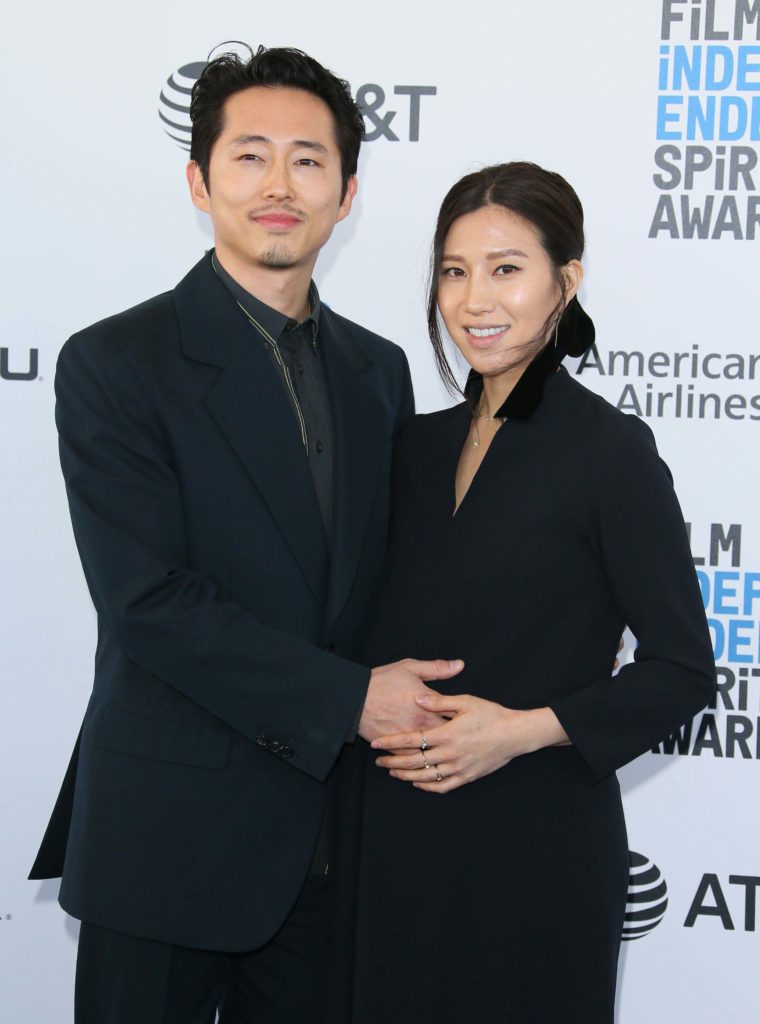 Steven Yeun landed his debut film role in the short film ‘The Kari Files’ as Chip in 2009. The same year, he also played in the ‘My Name Is Jerry’ where he played as Chaz. Likewise, he again appeared in the two short films ‘Carpe Millennium’ and ‘Blowout Sale’ in 2010. After this, he directly appeared in the 2014 film ‘I Origins’ as Kenny. The next year, he appeared in ‘Like a French Film’ as Steve. Moreover, in 2017 he appeared in three different films named ‘Okja,’ ‘Mayhem,’ and ‘The Star’ where he had a voice role. In 2018, he became one of the casts of two different films ‘Sorry to Bother You,’ and ‘Burning.’ He recently played in the drama film ‘Minari’ in 2020 where he was also an executive producer.

Steven Yeun landed his debut TV role in the 2010 television sitcom ‘The Big Bang Theory’ where he played the role of Sebastian. In this series, he shared the screen with famous stars like Jim Parsons, Kaley Cuoco, Simon Helberg, and many more. The same year, he appeared in the apocalyptic horror television series ‘The Walking Dead’ where he portrayed the character of Gleen Rhee. This series ran till 2016 and earned him prestigious nominations and awards. It starred a huge cast and to name a few they are Andrew Lincoln, Laurie Holden, Tom Payne, Norman Reedus, Scott Wilson, Ross Marquand, Ryan Hurst, etc. Meanwhile, he appeared in an episode of series like ‘Law & Order: LA’ in 2011, ‘NTSF:SD:SUV::’ in 2012, ‘Filthy Preppy Teen$’ and ‘The Legend of Korra’ in 2013, ‘Drunk History,’ ‘American Dad,’ and ‘Comedy Bang! Bang!’ in 2014.

Similarly from 2016 to 2018, he lent a voice role in an animated  TV series named ‘Voltron: Legendary Defender’ as Keith and in ‘Trollhunters: Tales of Arcadia’ as Steve Pinchuk. Likewise, he also appeared in ‘Stretch Armstrong and the Flex Fighters’ and ‘The Warrior of the Quest’ in 2017 where he again had a voice role. His other voice role series were ‘Robot Chicken’ in 2017, ‘Final Space’ in 2018 which is running, and ‘3Below: Tales of Arcadia’ in 2018. In 2019, he appeared in four different series out of which he received more praising from ‘The Twilight Zone’ where he played as A. Traveler. Moreover, his latest series are ‘Tuca & Bertie’ in 2019 which is still running, and ‘Wizards: Tales of Arcadia’ in 2020. 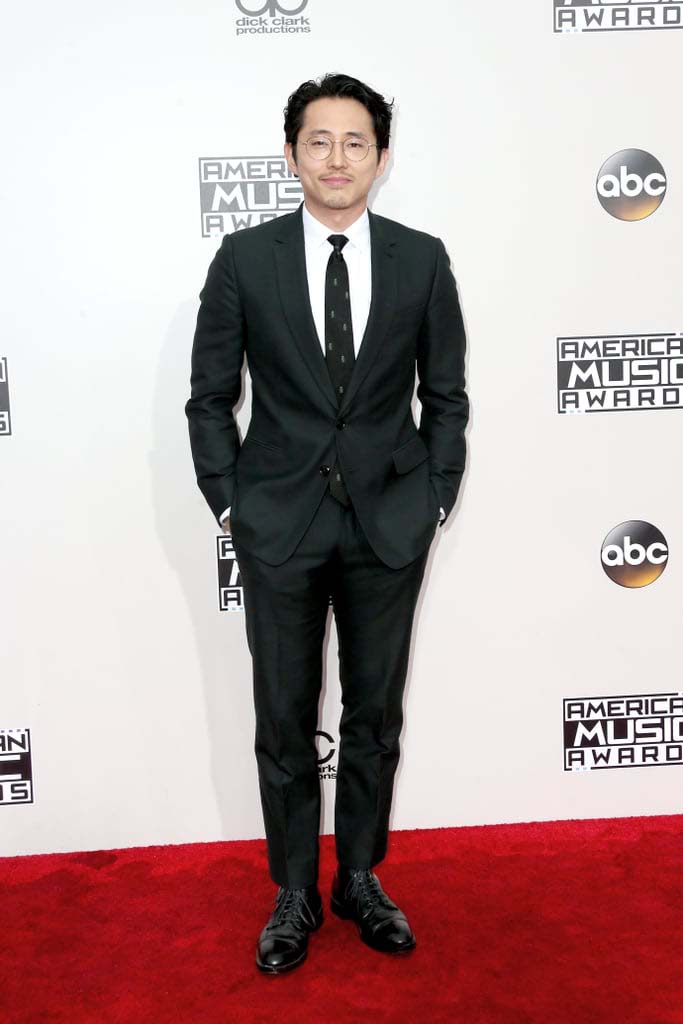 Steven Yeun has won two different awards for his series ‘The Walking Dead’ named the Saturn Awards and Satellite Award for best TV ensemble in 2012. He has also won the BTVA People’s Choice Voice Acting Award for his series Voltron: Legendary Defender’ in 2017. Likewise, he has also won different critics awards for his South Korean film ‘Burning’ in 2018 and 2019. Moreover, he has recently won the Denver Film Festival Award for his film ‘Minari’ in 2020.

Net Worth of Steven Yeun

Steven Yeun is a versatile and talented actor who has an estimated net worth of $4 million as of 2021.