Who is Jennifer Jason Leigh?

Jennifer Jason Leigh is an American actress who has worked in this entertainment field since 1976. It has already been 44 years since her involvement in this film industry, and to date, she is very active in her work. She initially started her acting career from a television role and eventually played in films, and stage plays. Likewise, Jennifer has played and portrayed the roles of a different character in various genres of movies. This actress is well-known for her acting role as Dorothy Parker in the film ‘Mrs. Parker and the Vicious Circle’ in 1994. Moreover, she is also famous for her role as Daisy Domergue in the movie ‘The Hateful Eight’ in 2015, for which she received various nominations and accolades. 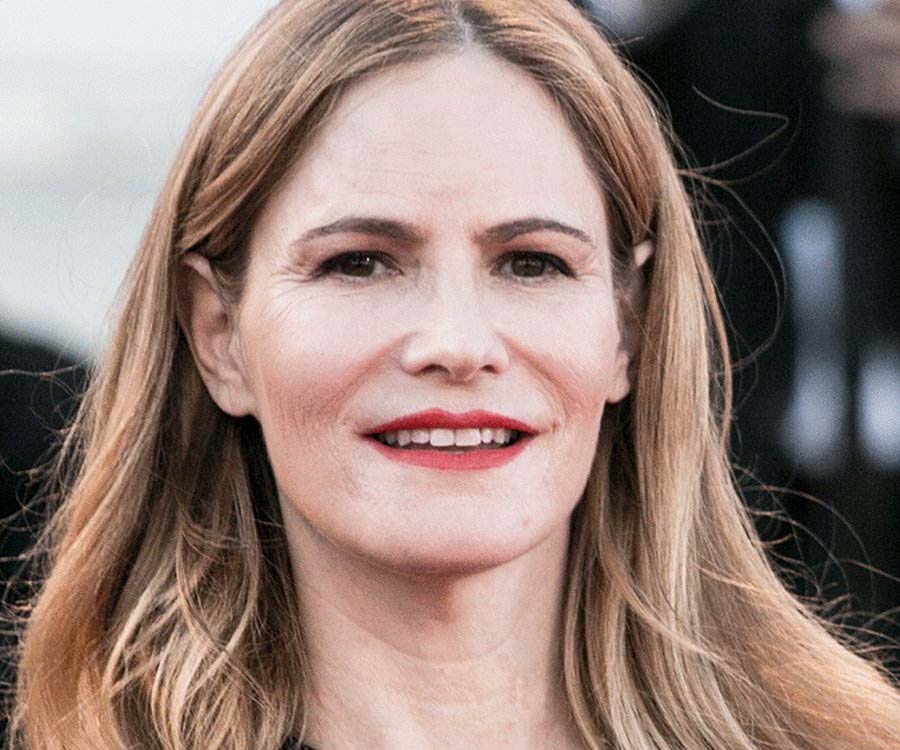 Jennifer’s birth name is Jennifer Leigh Morrow, born on 2 February 1962 in Los Angeles, California, United States. Both of her parents, Vic Morrow and Barbara Turner, were involved in the show business. Vic was an actor while Barbara was a screenwriter. Moreover, her parents divorced when she was just two years old. Likewise, her father died in an accident while filming a helicopter stunt in 1982. Jennifer grew alongside her two sisters, Carrie Ann Morrow, who died in 2017, and Mina Badie, who is also an actress. Additionally, she is currently 58 years old with an Aquarius star sign.

Jennifer Jason Leigh holds an American nationality, and as per her ethnicity, she is White. Moreover, she belongs to Ashkenazi Jewish ancestry belonging to the Jewish religion. Besides this, she stands 5 feet and 3 inches (160cm/1.60m) tall and weighs around 54 kg (119lbs). She has a slim body type with an upturned nose. Additionally, she has a pair of hazel-colored eyes and naturally blonde hair color, but she dyed them brown and burgundy.

Jennifer Jason Leigh has previously dated different media personalities like Robert Downey Jr, David Dukes, Eric Stoltz, Jason Patrick, etc. On 2 September 2005, she tied a knot with filmmaker Noah Baumbach. This couple gave birth to a son named Emmanuel on 17 March 2010. Right after her son was seven months, Jennifer filed a divorce for her husband. They finally separated in September 2013. 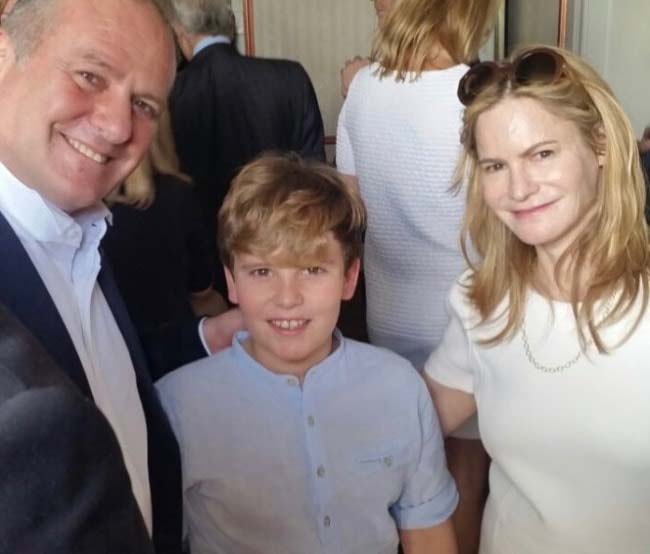 Jennifer Jason Leigh started her acting career in the television series. Her debut TV series is ‘Baretta’ in 1977. She then appeared in other series where she had a small role in one episode like ‘Family,’ ‘Disneyland’ in 1978, ‘CBS Schoolbreak Special,’ ‘The Waltons’ in 1981, ‘Trapper John, M.D.’ in 1982, and ‘ ABC Afterschool Special’ in 1983. Likewise, she also has her television film role like ‘Angel City’ in 1980, ‘ Buried Alive’ in 1990, and ‘The Love Letter’ in 1998. Moreover, she also lent her voice to different characters in different series like ‘King of the Hill,’ ‘Adventures from the Book of Virtues,’ and ‘Hercules’ in 1998. The same year, she also received a nomination for Satellite Award for her role in the TV film ‘Thanks of a Grateful Nation’ as Teri Small.

Similarly, she mostly appeared in voice roles from 1999 to 2002. And to name a few, they are ‘Superman: The Animated Series’ as Cetera, ‘Todd McFarlane’s Spawn’ as Lily, ‘Frasier’ as Estelle, and ‘Mission Hill’ as Eunice Eulmeyer. Meanwhile, she also appeared as Faith in an episode of ‘Twitch City’ in 2000. From 2009 to 2012, Jennifer appeared in a dark comedy-drama television series ‘Weed’ where she played Jill Prince-Gray. She then appeared in seven episodes of ‘Revenge’ in 2012, ‘Twins Peaks’ in 2017. The same year, she also starred as Elsa Melrose in ‘Atypical,’ where she is also a producer, and the show is still running. Moreover, her last played series is ‘Patrick Melrose’ in 2018 and ‘The Affair’ in 2019.

Jennifer Jason has appeared more in films rather than in television series. Her debut film in 1981 is ‘Eyes of a Stranger,’ and the same year, she also appeared in ‘The Best Little Girl in the World.’ Likewise, she then appeared in 11 films until the 1990s, where she had a minor supporting role. In 1990, she appeared as Susie Waggoner in a black comedy crime film ‘Miami Blues.’ This role earned her critical acclaim.

Similarly, she appeared in six different films until 1994 and received another breakthrough in her career. She became one of the casts of the biographical drama film ‘Mrs. Parker and the Vicious Circle’ where she played Dorothy Parker in 1994. Though the film received critical acclaim, it couldn’t be a commercial hit. It starred actors like Campbell Scoot, Matthew Broderick, Peter Gallagher, Jennifer Beals, Andrew McCarthy, and Wallace Shawn.

Talking more about Jennifer’s film from 2016 to date, she has enacted ten different movies. In 2016, she starred as Lady Bird Johnson in a political drama film ‘LBJ.’ Likewise, another notable film is ‘Good Time’ in 2017. Robert Pattinson was the main cast, while Barkhad Abdi, Buddy Duress, and herself had supporting roles. She also played in the documentary film ‘ QT8: The First Eight’ in 2019. Some of the other actors in this film were Tim Roth, Kurt Russell, Eli Roth, Christoph Waltz, Lewish Black, etc. Additionally, she is also known for her role in the film ‘Annihilation’ in 2018, and her last played film is ‘Possessor’ in 2020. 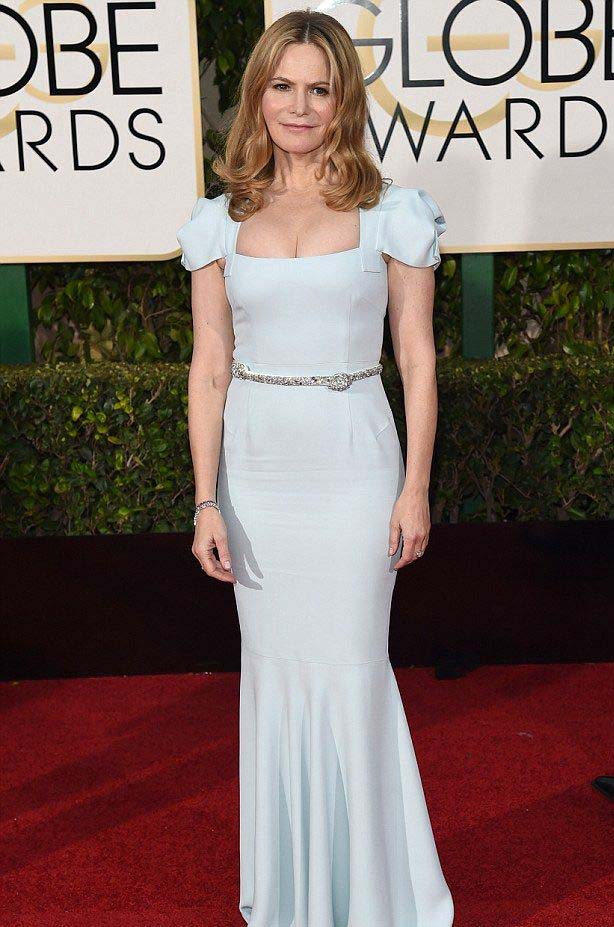 Jennifer Jason Leigh has received many nominations and awards for acting roles to date. Some of her notable awards are Golden Globe Award in 1994 and the Boston Society of Film Critics Awards in 1991. Likewise, she also received the Chicago Film Critics Association Awards for ‘Mrs. Parker and the Vicious Circle’ in 1995. Lastly, she has also won CinEuphoria Awards for ‘The Hateful Eight’ in 2015.

Net Worth of Jennifer Jason Leigh

Jennifer Jason Leigh has an estimated net worth of $5 million as of 2020.