Skip to content
Home » Biography » Lamar Hunt – A Businessman Who Boosted Up The Professional Level Sports, and Appealed and Found The AFL, along With Other Several Businessmen August 1959

Lamar Hunt – A Businessman Who Boosted Up The Professional Level Sports, and Appealed and Found The AFL, along With Other Several Businessmen August 1959 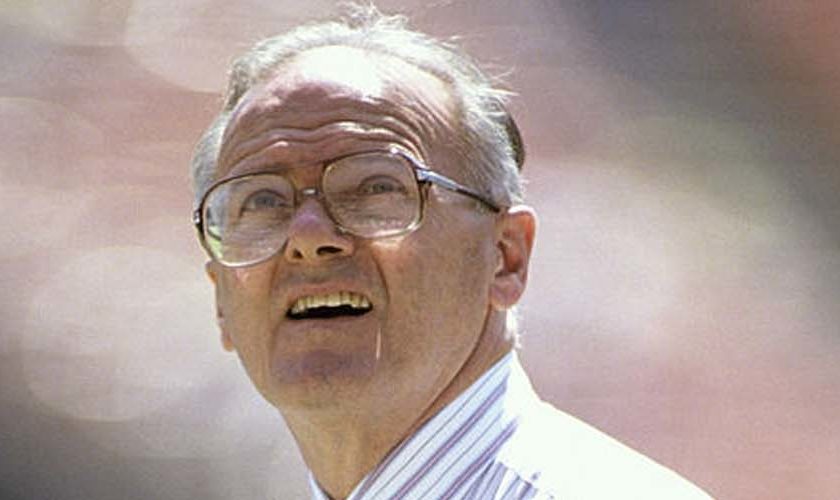 Who is Lamar Hunt?

Lamar Hunt was among the famous celebrity of America. He was a businessman who boosted up the professional level sports, like American football, basketball, tennis, soccer, as well as ice hockey. Furthermore, he created the American Football League, which is now famous for the name “Super Bowl.” The league was founded to compete with the National Football League. Likewise, he also co-founded the World Championship Tennis.

Moreover, Lamar also formed the Kansas City Chiefs of the NFL, the Kansas Wizards of MLS, Columbus Crew and FC Dallas (MLS), along with Chicago Bulls (NBA). Also, he created the theme parks like Worlds of Fun and Oceans of Fun. 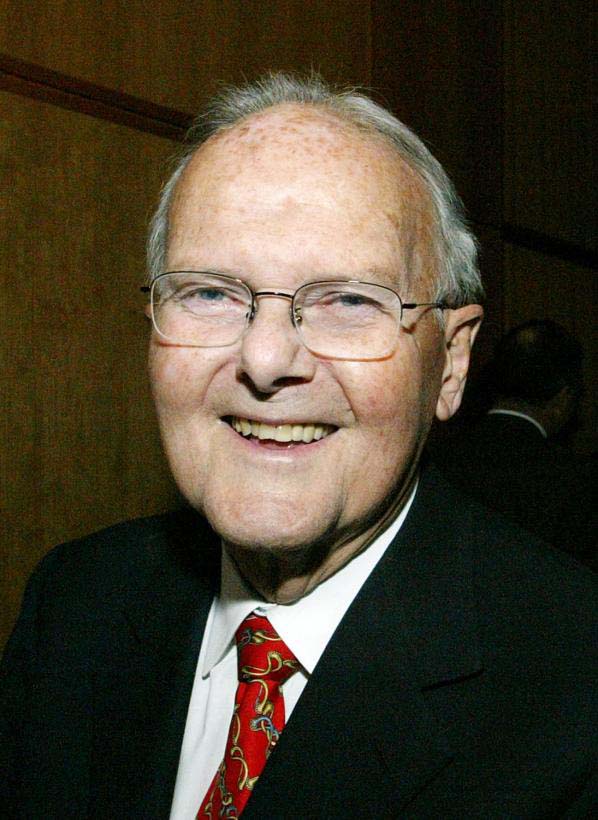 Lamar Hunt was born on August 2, 1932, in El Dorado, Arkansas, with the birth sign of Leo. He was born to H.L. Hunt and his mother, Lyda Bunker. Among the seven children of his parents, he was the youngest one. Along with his siblings, he was raised in Dallas, Texas. Furthermore, his brothers Nelson Bunker Hunt and William Herbert Hunt are also the tycoons. Besides, he had eight step-siblings from his father’s side, with every four children from two wives; Friana Tye and Ruth Ray. Moreover, Lamar held an American nationality.

Moreover, he enrolled in playing football during his college. During his time at University, he joined the Kappa Sigma childhood. Also, he became the “Man of the Year” of the Kappa Sigma fraternity in 1972.

Lamar Hunt first tried to own the NFL Franchise. However, his opportunity was not going successful. So, he appealed and found the American Football League, along with several other businessmen August 1959. Likewise, he owned the Dallas Texans and named Hank Strem as the head coach.

As the competition held between the NFL and AFL, NFL implanted the new Dallas Cowboys franchise to get back more fans from the Dallas Texans. This made Lamar transfer the franchise to Kansas City. The mayor, H. Roe Bartle, assured him of having a home ground that could have 25,000 audiences. In 1963, the team became the Kansas City Chiefs. 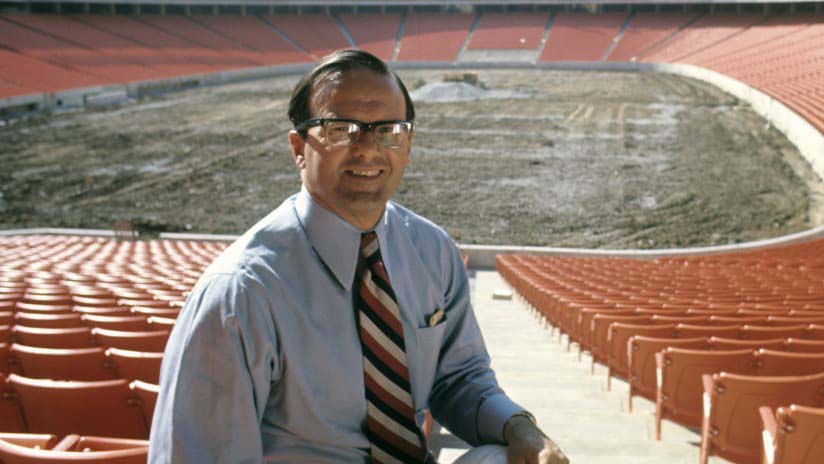 During the starting of the season, the Chiefs had some ups and downs. However, they gained their first AFL Championship on home matches displaying to 37,000 audiences. During the year, the NFL and AFL decided to combine, where the Green Bay Packers defeated the Chiefs. During an interview, Hunt jokingly pointed the Super Bowl being in the championship match. Though he sarcastically said the term, it came into the trend being the favorite point. The audiences began to think about the game between the AFL and NFL. The championship against the AFL and NFL came to be a Super Bowl. In 1970, the Chiefs won their first Super Bowl.

Furthermore, Lamar Hunt formed the competitive and experienced soccer franchise “Dallas Tornado” in 1967. Being a member of the United Soccer Association, they combined with the National Professional Soccer League. Dallas Tornado earned their first championship in 1971. However, after the year, they regularly lost the match, which became a loss. Therefore, the league disintegrated in 1984.

During the formation of the Major League Soccer, Lamar also established the league and also possessed the two teams; the Columbus Crew and the Kansas City Wizards. Furthermore, he took all the expenses of the construction of the sizeable soccer-specific stadium Mapfre Stadium. Similarly, in 2003, he owned another soccer team, Dallas Burn. However, in 2006, he sold the Wizards. Besides, soccer and football, he also invested in the basketball team, Chicago Bulls. Also, he found the NHL franchise Columbus Blue Jackets, and also co-owned the World Championship Tennis circuit in 1968.

Lamar Hunt was a married man. Moreover, he was married two times.

Firstly, he married Rosemary Carr. Lamar and Rosemary met during their teenage and also joined the same college. They tied a knot in 1956. Also, they were blessed with two children; Lamar Jr. and Sharron Hunt. However, due to their misunderstanding and hectic schedule for the career, the couple decided to part their ways. So, in 1962, they divorced.

After two years of divorce, Lamar married Norma Lynn Knobel. Norma was a school teacher as well as a hostess for the Dallas, Texans. The couple had two sons together; Clark and Daniel. Norma was very supportive of her husband. She attended every event of the Super Bowl. The pair remained together till the last breath of Lamar. 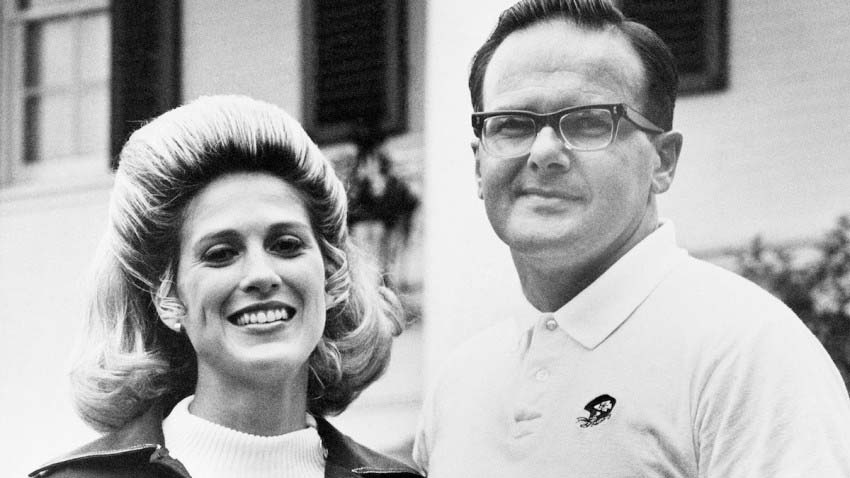 Lamar Hunt, from his dedication to the sports world, and making his numerous contributions, has been able to earn massive popularity. He is always remembered in the sports franchise, especially the NFL franchise. Likewise, he also gained a handsome amount of money, though the exact value of his net worth is unknown.

Sadly, suffering from prostate cancer, Lamar Hunt died on December 13, 2006, at the Presbyterian Hospital. The sports franchise lost a prominent member. The owner of the Cowboys said he always inspired and became an idol. Serving in the football franchise for more than forty years, he still acted as an influencer.

After his death, Clark, his son, became the chairman of the Kansas City Chiefs as well as FC Dallas. All his children shared equal ownership of the Chiefs; however, Clark managed and presented the team and handled all the roles and responsibilities of his father.