Lena Waithe is a famous screenwriter, actress, and producer who has been involved in the entertainment industry since 2007. It has been thirteen years since she has actively worked here, and now she has established herself as a successful actress and a screenwriter. Talking about her acting role, she is well-known for her portrayal of Denise in the Netflix comedy-drama series ‘Master of None.’

Likewise, she is also known for her writing skills for the same series, which made her receive a Primetime Emmy Award. Moreover, she is the first black woman to win this prestigious award. Additionally, she was also listed in the 100 Most Influential People of 2018 by Time’s magazine. 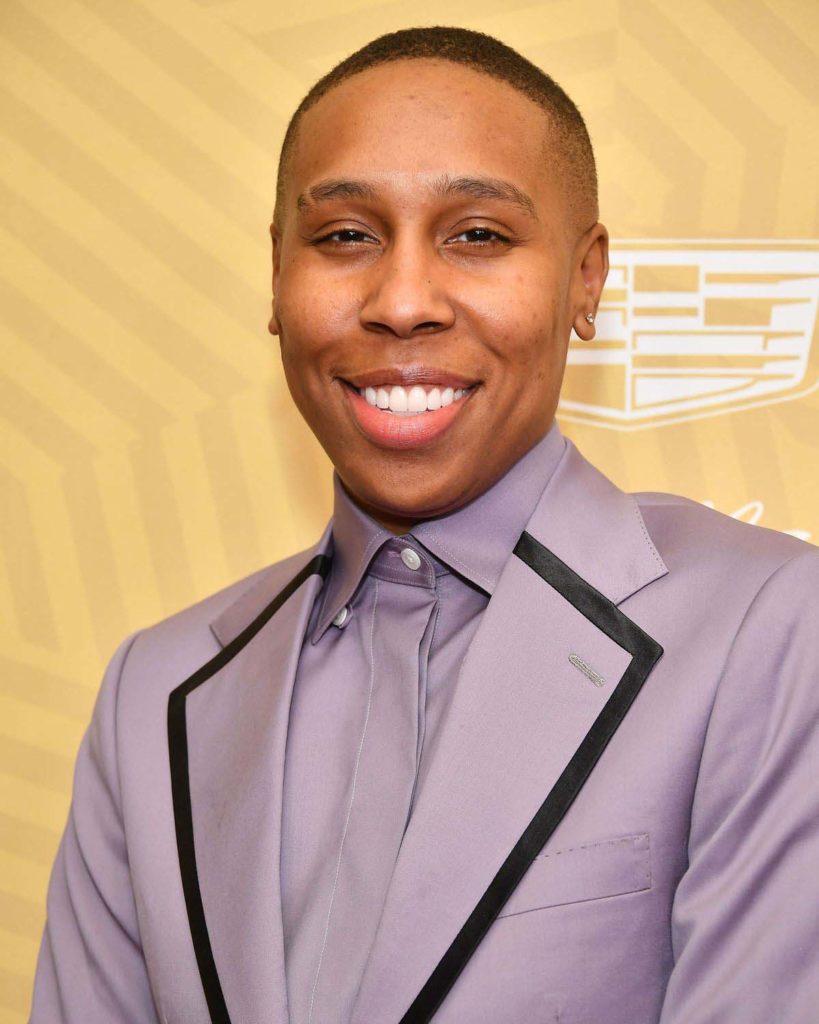 Where was Lena Waithe born?

Lena Diane Waithe was born on May 17, 1984, in Chicago, Illinois, United States. Her parents divorced when she was three years old, and her father passed away when she was fourteen years old. Likewise, she was raised by her single mother named Ethel Laverne, and her older sister in the South Side of Chicago. Moreover, she is currently 36 years old with a Taurus star sign.

Where did Lena Waithe receive her education?

Lena Waithe completed her primary schooling at Turner-Drew Elementary Language Academy and Chute Middle School. She then attended Evanston Township High School and graduated with a Cinema and Television Arts degree in 2006 from Columbia College Chicago.

What is Lena’s distinctive feature?

Lena Waithe holds an American nationality, and as per her ethnicity, she is Black. Therefore, her ancestry type is African-American. Moreover, she is a devoted Christian who has a deep faith in God.

Besides this, she stands 5 feet and 9 inches (175cm/1.75m) tall and weighs around 68 kg (150lbs). She has an average body type with dreadlocks look. Additionally, she has a pair of dark brown-colored eyes and black hair color.

Who is Lena Waithe married to?

Lena Waithe identifies herself as a lesbian. She has started her relationship with Alana Mayo in 2015. They engaged in 2017 on Thanksgiving day in Tokyo. Moreover, this couple tied a knot in 2019 in San Francisco. Sadly, they separated after their two months of married life on January 23, 2020. 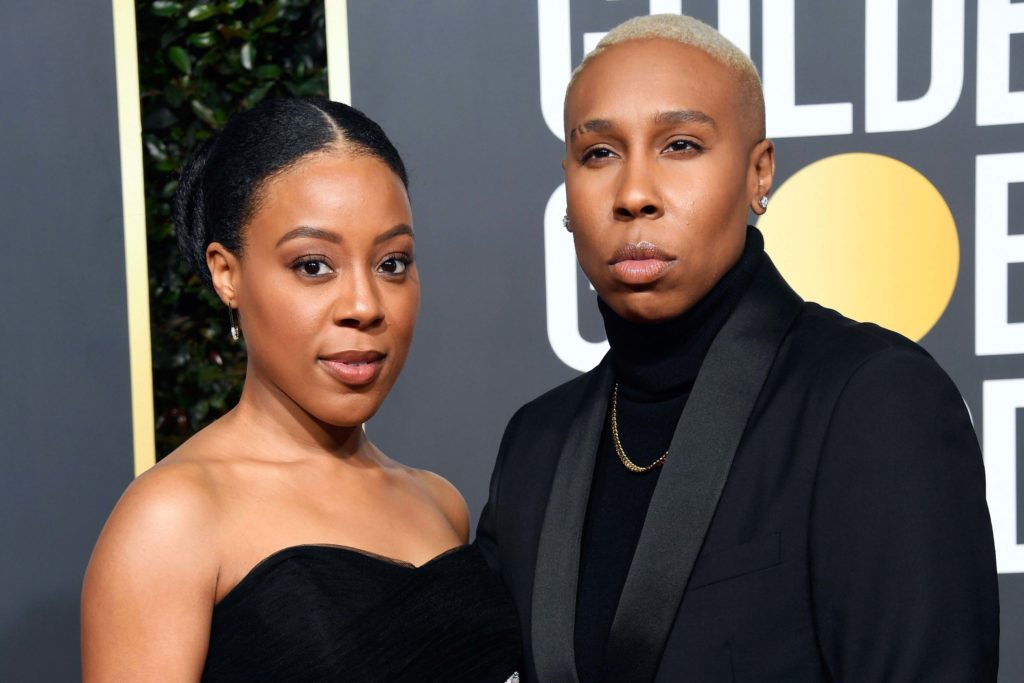 How did Lena Waithe begin her career in acting?

Lena Waithe has acted as well as wrote the script for different television series. In 2012, she wrote the script for two other series, ‘M.O Diaries’ and ‘How To Rock,’ for two episodes. Likewise, in 2013 she wrote the screenplay for ‘Hello Cupid’ for seven episodes. The following year, she enacted in an episode of the series ‘The Comeback’ as Summer. Moreover, she also became one of the series ‘Bones’ staff writers for 15 episodes. Talking about her acting roles, she had recurring roles for Denise’s 2015 series ‘Master of None.’ For the same series, she also wrote an episode called ‘Thanksgiving,’ which she won Primetime Emmy Award. Her other series are ‘Transparent’ in 2016, ‘This Is Us,’ and ‘Dear White People’ in 2018.

Furthermore, she also wrote the script for ‘The Chil’ in 2018, which lasted till 2020. Her other creation was ‘Boomerang,’ for which she also became an executive producer. Moreover, her latest series is ‘Twenties’ for which she is a creator and an executive producer. Recently, she played three series, ‘The Healing Powers of Dude,’ ‘Westworld,’ and ‘The Chi’ in 2020. From these last three series, she has shared the screen with different famous actors like Ed Harris, Angela Sarafyan, Larisa Oleynik, Aaron Paul, Jacob Latimore, Jimmi Simpson, Steve Zahn, Jason Mitchell, and many more.

Lena Waithe landed her first acting role in the 2018 film ‘Ready Player One’ as Helen. Before this, she used to direct, produce, and write the script of the films. Her debut directional film is a short film, ‘Save Me,’ released in 2011. Likewise, she produced three films named ‘Dear White People,’ and ‘Lady Like’ in 2014 and ‘Step Sister’s in 2018. In 2019, she wrote the screenplay and co-produced the romantic crime drama film ‘Queen and Slim’ directed by Melina Matsoukas. Furthermore, in 2020, she produced only one film, ‘The 40-Year-Old Version,’ and enacted in two different films called ‘Bad Hair’ and ‘Onward,’ where she had a voice role. This is the Disney animated film where Lena is the first lady to represent the LGBT voice’s character. 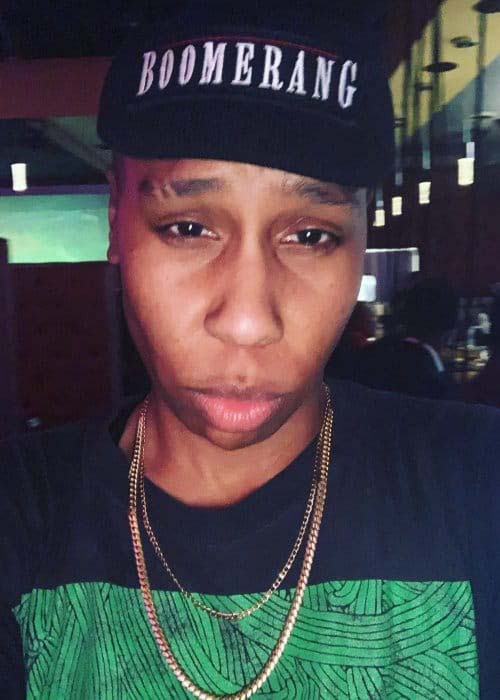 Has Lena Waithe won any awards?

Lena Waithe has received nominations from different awards, out of which she bagged Primetime Emmy Award in 2017 under the Outstanding category Writing – Comedy Series. Recently, in 2019 she has won the Black Film Critics Circle Awards under the category Best Original Screenplay for her film ‘Queen & Slim.’

What is the Net Worth of Lena Waithe?

Lena Waithe is a fantastic screenwriter as well as an outstanding actress. As a result, she has achieved popularity, name, and fame. Moreover, her primary source of income comes from the entertainment industry. Her estimated net worth as of 2021 is $15 million.