Who is Max von Sydow?

Max von Sydow is a well-known actor who well-established his name from his amazing acting skills. Max gained name and fame as an actor. He displayed in the screen in the European and American films. The actor appeared in more than 100 films, in addition to the television series.

Max started his acting career from the film “Only a Mother” as a roe of Nils. Furthermore, he became more popular and well-known after his appearance in The Seventh Seal in 1957. Earlier, he gained more popularity from the film including “The Greatest Story Ever Told”, “Hannah and Her Sisters”, among many others. Later, his role in the “Star Wars: The Force Awakens”, and as a Three-eyed Raven in “Game of Thrones” made him popular worldwide. 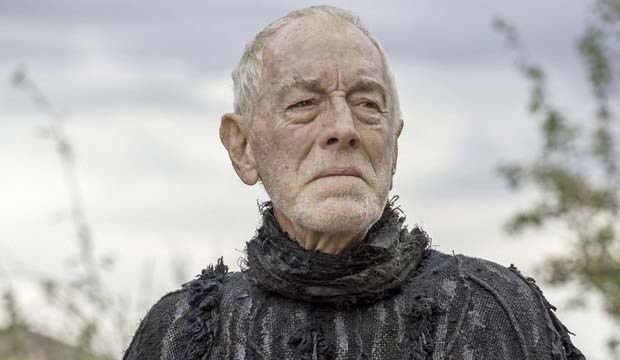 Max von Sydow was born on April 10, 1929, in Lund, Sweden, as the name Carl Adolf von Sydow. Born to his father, Carl Wilhelm von Sydow, and his mother, Baroness Maria Margareta von Rappe, grew up in his birthplace. Carl served as an ethnologist as well as a professor of folkloristics at the University of Lund, whereas Max’s mother Baroness worked as a teacher of the school.

Furthermore, Max held Swedish nationality, however, in 2002 he held a citizen of France. Likewise, he had a German ancestry having Pomeranian descent from his mother. Besides, he stood the height of 6 feet 4inch (1.93 m, 193 cm), and weighed about 80 kg (176 lbs). The actor had white hair and grey eyes.

Max von Sydow grew as a Lutheran, however later he became an agnostic. Max had an interest in acting from an early age. For education, he firstly attended Lund Cathedral School. During his school, he studied English. During his school time, he formed a theatrical group along with his friends. After watching the comedy “A Midsummer Night’s Dream”, he became influenced for acting.

Moreover, he also worked in the military in Sweden, from where he named him as Max, as a star performed of a flea circus had a name. Then, he enrolled at the Royal Dramatic Theatre for three years from 1948 to 1951.

Max started his professional career starting from the stage as a minor role in the play Egmont. During his time in the theatre, he featured in the film “Only a Mother” in 1949 for the first time. Then after two years, in 1951, he got a role in “Miss Julie”. Similarly, Max starred in three films in 1957, and in four films in 1958. He started becoming more popular from his role due to which he began gaining roles in numerous films.

Likewise, Max appeared in “The Virgin Spring”, and “The Wedding Day” in 1960, and in the “Through a Glass Darkly” next year. His role in the “Adventure of Nils Holgersson”, and “The Mistress” in 1962, and “Winter Light”, in 1963 was loved by the critics. Similarly, Max starred in the film “The Greatest Story Ever Told” which became a hit in the box office in 1965. Also, he displayed in the “4*4”, and “The Reward” in the same year. 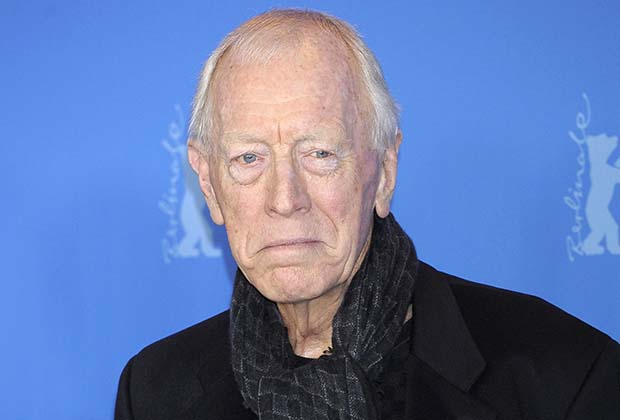 Star Wars and Game of Thrones

Featuring in numerous movies, the actor became prominent from his acting. He starred having several roles from where he earned fame and name. Moreover, the actor gained more popularity when he appeared in the “Star Wars: The Force Awakens” in 2015, as a role of Lor San Tekka. Furthermore, in 2016, he joined the worldwide popular series “Game of Thrones” as a role of Three-eyed Raven. From the two roles, he also became nominated for the Primetime Emmy Award.

Furthermore, the actor gained an award in the Venice Film Festival as the Best Actor in 1982, for his role in “Flight of the Eagle”. Similarly, for three years in 1987, 1988, and 1996, he won the Guldbagge Awards. He gained an award for the category “Best Actor”, “Best Director”, and “Best Actor”, for the role in “Pelle the Conqueror”, “Katinka”, and “Hamsun” respectively.

Later, in 2004, he won the Festival Trophy in Cannes Film Festival. Eventually, his biggest achievement became the award he gained in the Los Angeles Film Critics Association for Career Achievement.

Max von Sydow had gained massive popularity from his long professional life. Likewise, along with gaining name and fame, he has also gained a wise amount of money. His net worth had been estimated to be about $16 million. 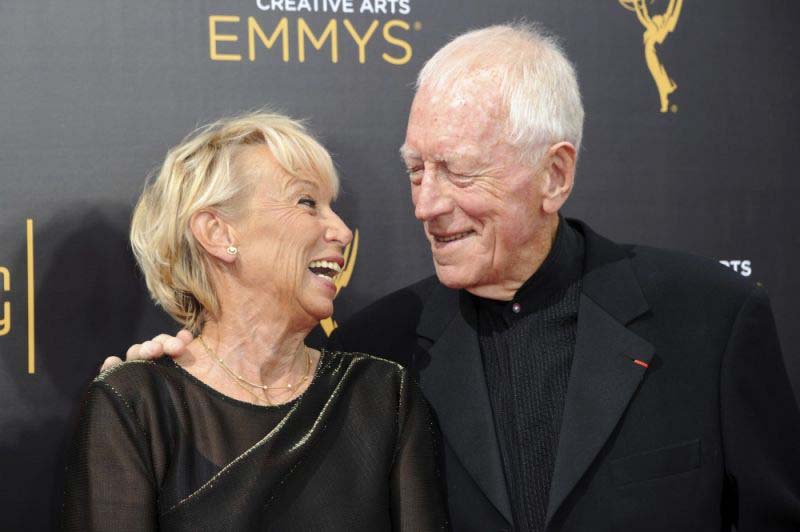 Max von tied a knot to an actress Christina Inga Britta Olin. He shared vows with her in 1951. Also, the couple has two sons together; Clas and Henrik. However, the couple separated in 1979. Later, after 18 years, Max married Catherine Brelet. Catherina worked as a documentarian. Though they together did not have a baby, Max adopted Catherine’s two children from an earlier marriage.