Who is Sophie Turner?

Sophie Turner is a British actress who has been involved in the entertainment industry and is popular for her acting role in the fantasy TV series ‘Game of Thrones’ as Sansa Stark. Through this role, she has found international recognition and also received critical acclaim. Likewise, she is also known for her role in British drama television film in 2013 named ‘The Thirteenth Tale’. She is also part of 2016 American superhero film based on the Marvel Comics ‘X-Men.’ She has also lent voice to a couple of audiobook storied and also hosted mini-documentaries. Besides that, she is also one of the patrons of an organization, ‘Women for Women’ which supports female war survivors. 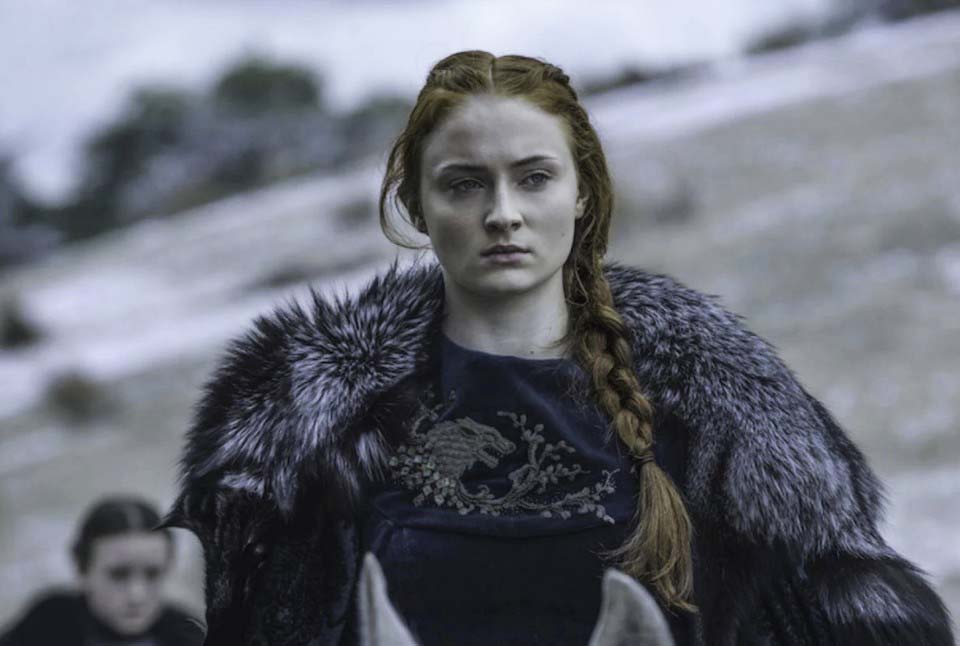 Sophie Turner was born on 21 February 1996 in Northampton, England, to mother Sally and to father Andrew Turner. Sally was a nursery school teacher and Andrew a pallet distribution company employee. She grew along with her two brothers, both older than her. She is currently 24 years old with a Pisces sun sign.

Sophie Turner holds a British nationality and her religious view is Christianity. Besides this, she stands 5 feet and 9 inches (1.75m/175cm) tall and weighs around 62 kg (136lbs). Her body measurements are 35-23-34 inches respectively. She has a pair of dark brown coloured eyes with blonde hair colour complimenting her slim body figure.

Sophie Turner was two years old when her family moved to Chesterton, Warwickshire. There she attended Warwick Prep School until she was eleven years old and then attended at a prominent day school for girls The King’s High School for Girls. Since she had an interest in acting from an early age, she also joined Playbox Theatre Company. She passed her GCSE with five A-grades, and four B-grades, including Drama.

Sophie Turner landed her debut film in 2013 as a lead character Lila Delussey in ‘Another Me’. This film is based on the novel of the same name as the author Catherine MacPhail. Her next movie released in 2015 where she portrayed the role of Agent 84 in ‘Barely Lethal’. Likewise, in 2016 she appeared in American superhero film ‘X-Men: Apocalypse’ as mutant Jean Grey. The film received a mixed response by the critics. Then in the next year, she appeared in an American thriller ‘Josie’. She was the main lead and starred other stars Jack Kilmer, Micah Fitzgerald, Lombardo Boyar, Daeg Faerch, Robin Bartlett, and Kurt Fuller. She also starred in ‘Time Freak’ in the same year.

Furthermore, her latest film was in 2019 where she reprises her role as Jean Grey in Marvel productions film ‘Dark Phoenix.’ It cast other stars like James McAvoy, Michael Fassbender, Jennifer Lawrence, Nicholas Hoult, Tye Sheridan, Alexandra Shipp and Jessica Chastain. It grossed a total of $252.4 million worldwide. 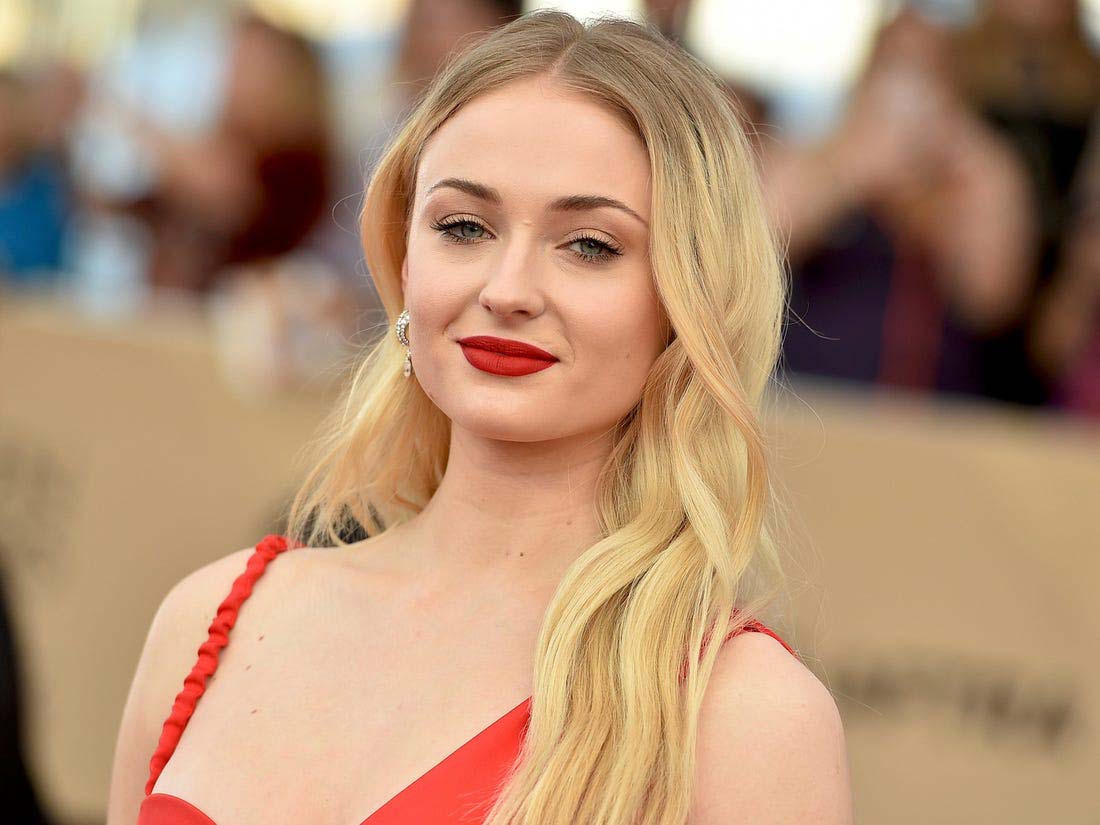 Sophie Turner was at her school days and was just fifteen when she was cast in HBO fantasy television series ‘Game of Thrones’ as Sansa Stark. She was among one of the lead roles and appeared in 59 episodes from 2011 to 2019 lasting for eight seasons. This series recorded a viewership on HBO and has a broad, active, and international fan base. Similarly, critics also praised the series for its acting, complex characters, story, scope, and production values although it has frequent use of nudity and violence. Talking about her character, Sansa is the elder daughter and second child of Lord Eddard Stark and his wife Lady Catelyn Stark. She has also received critical acclaim, including praise as the fourth greatest character in the series by Rolling Stone. In the series, she starred alongside casts Emilia Clarke, Rose Leslie, Kit Harrington, Maisie Williams, Peter Dinklage, and others.

In addition, she appeared in 2013 comedy film ‘Barely Lethal’ as Young Adeline where she shared her screen with Hailee Steinfeld. She also narrated the audiobook ‘Dangerous Women: Stories’ containing 21 stories. Moreover, she also lent her voice to the narration of ‘City of Heavenly Fire’ by Cassandra Clare that released in an audiobook format. Her recent 2020 TV series is ‘Survive’ where she played the role of Jane. Likewise, in ‘Home Movie: The Princess Bride,’ she played as Westley in one episode.

Apart from TV and films, Sophie has also acted in music videos. In 2014 she featured in the song ‘Oblivion’ with the artist Bastille. She has also featured in Jonas Brothers music video, ‘Sucker’ in 2019 and ‘What a Man Gotta Do’ in 2020.

Sophie Turner previously dated the guitarist of the band named ‘The Vamps’ James McVey. They ended their relationship after two months in July 2014. Then, in 2019 she married to singer Joe Jonas in Las Vegas. She also changed her surname into Jonas. They gave birth to their first child, a daughter, in July 2020. 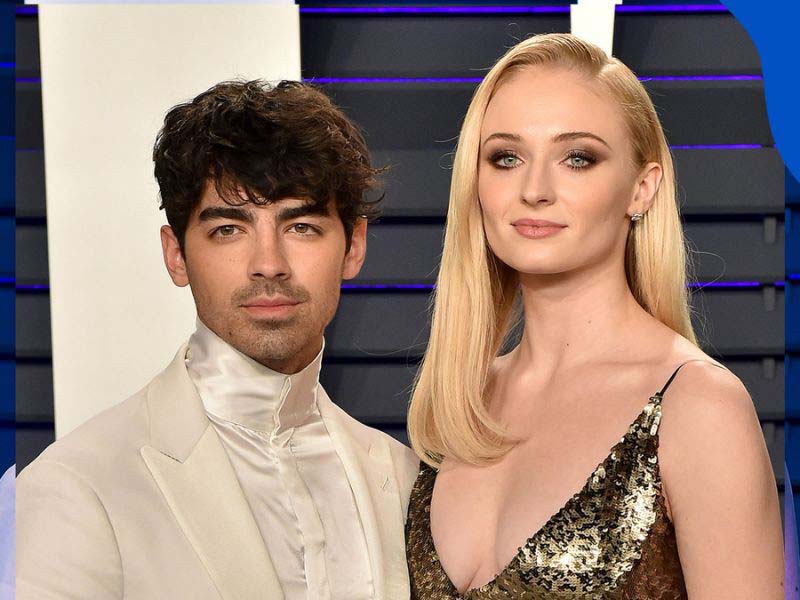 Sophie Turner has 2.35 million likes and 3.50 million followers on her official Facebook page. Her have verified Instagram (@sophiet) 15.4 million have followers. She deleted her Twitter account after her best friend and co-star from ‘Game of Thrones’, Maisie retweeted the old post in 2013.

Sophie Turner has won Empire Hero Award in 2015, Glamor Awards, Venice International Film Festival and EWwy Award in 2016 for her role as Sansa in ‘Game of Thrones.’

Sophie Turner is an amazing actress who is actively involved in this entertainment field. Her current net worth is estimated to be $8 million.