Who is Seth Macfarlane?

A popular actor, singer, and creative creator, writer, and director Seth Macfarlane have been involved in this entertainment industry since 1995 and is also actively working in this field. He is an actor who has shown his amazing acting skills and is also mostly known for his voice roles, especially in the comedy genre. Likewise, he has also ventured into production, creation, direction, and writing and showed his talent to his audiences. Moreover, he is also a singer and a pianist whose music genres are traditional, pop, jazz, show tunes, swing, big-band, and musical comedy. Based on these genres, he has already released six studio albums to date. 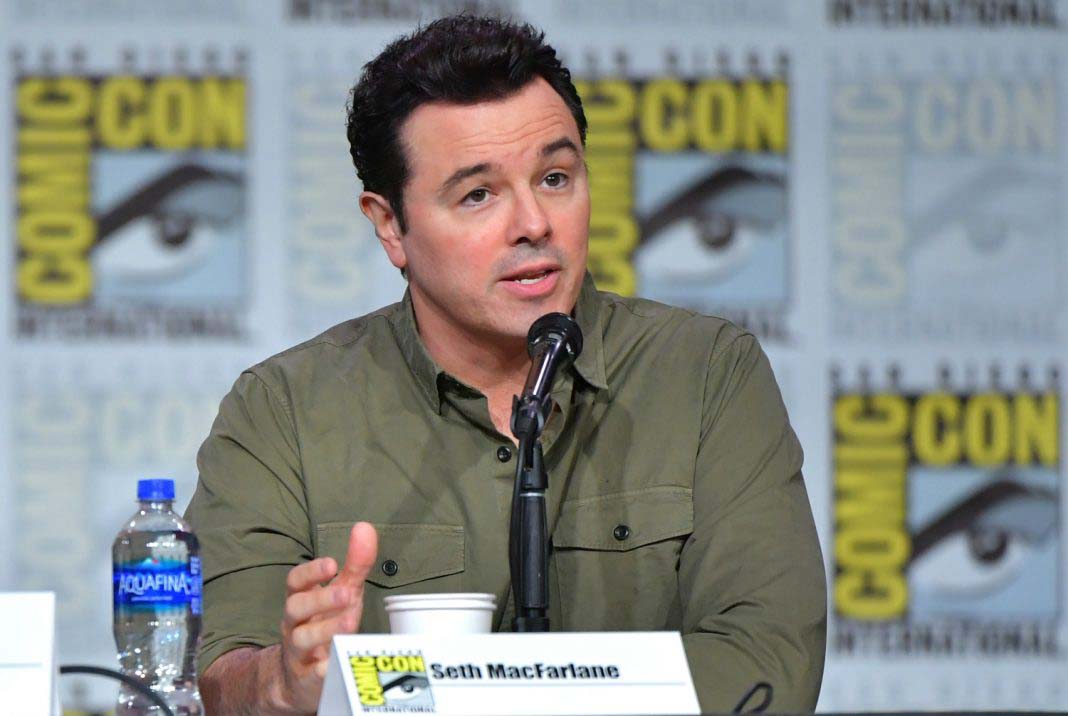 Seth Woodbury Macfarlane was born on 26 October 1973 in Kent, Connecticut, USA. His parents were associated with educational work. His father was a prep school teacher named Ronald Milton MacFarlane, while his mother was an admissions officer named Ann Perry. He was raised along with his sister named Rachael Ann MacFarlane, who is a voice actress. He is currently 46 years old with a Scorpio horoscope.

Seth Macfarlane holds an American nationality belonging to White ethnicity. His ancestry English, Irish, and Scottish ancestry with some New England roots. Besides, he stands 5 feet and 10 inches (178cm/1.78m) tall and weighs around 83 kg (183lbs). He has an average body type measuring 42-32-15 inches, respectively. Moreover, Seth has a pair of dark brown colored eyes with dark brown hair color.

Seth Macfarlane did his schooling at Kent School and then enrolled at Rhode Island School of Design (RISD). He graduated and received his degree in Bachelor of Fine Arts, where he studied animation, film, and video.

Seth Macfarlane has dated many ladies but for a certain amount of time. One of his girlfriend’s main gossip was in 2012 when he dated actress Emilia Clarke, but sadly they separated in March 2013. There are rumors that he is in a relationship with Halston Sage from 2017 to date, which may or may not be accurate. 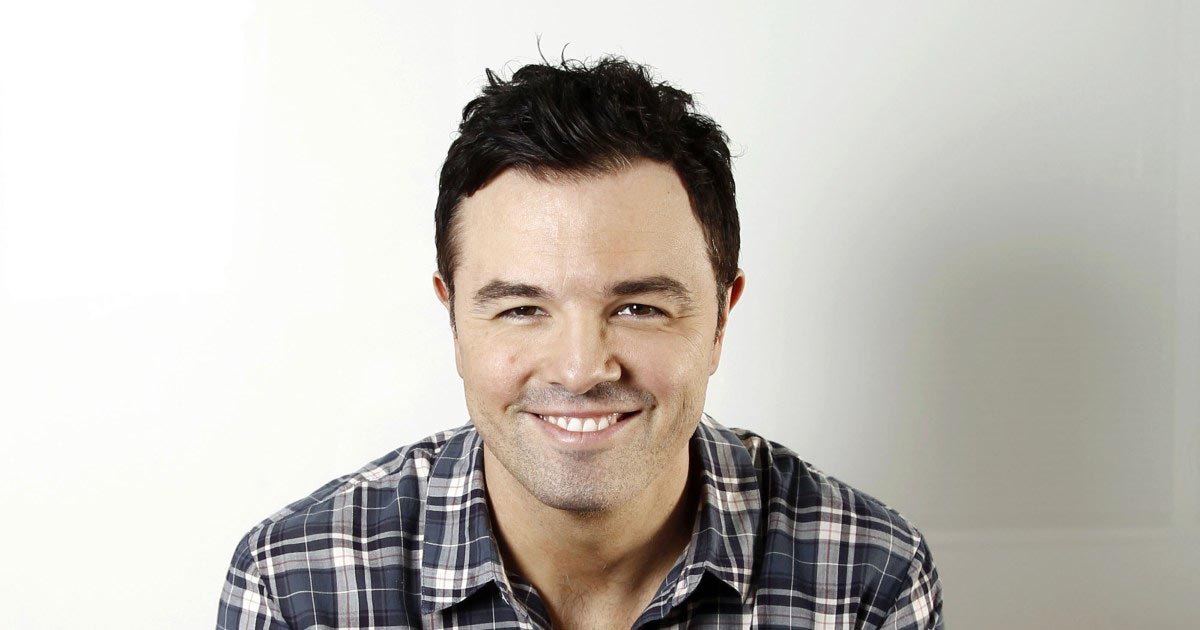 Seth Macfarlane made his debut small screen appearance in the 1997 animation series ‘What a Cartoon!’ where he lent his voice to Larry and Steve. He then created, wrote, and produced ‘Family Guy’ in 1999, which is running to date with 351 episodes with 19 seasons. He has voiced over for various characters who have received critical acclaims and praising in this animated sitcom. From 2002 to 2003, he appeared in ‘Gilmore Girls’, where he played as Zach and lent his voice to Bob Merriam. In television series, too, he mostly did voice roles, especially in the comedy genre. To name a few from 2003 to 2007 are ‘Aqua Teen Hunger Force,’ ‘Crank Yankers,’ ‘Star Trek: Enterprise,’ ‘Robot Chicken,’ ‘MADtv’ ‘American Dad!’ and many more.

Likewise, in 2017 he created, wrote, directed, produced, and acted in the science fiction comedy-drama series ‘The Orville’ where he portrayed the role of Ed Mercer. This series is still running in current days. Recently, he got a chance to appear in five episodes of ‘The Loudest Voice’ as Brian Lewis in 2019 and in ‘Cosmos: Possible Worlds’ where he voiced over for the character Harry S. Truman in three episodes in 2020. 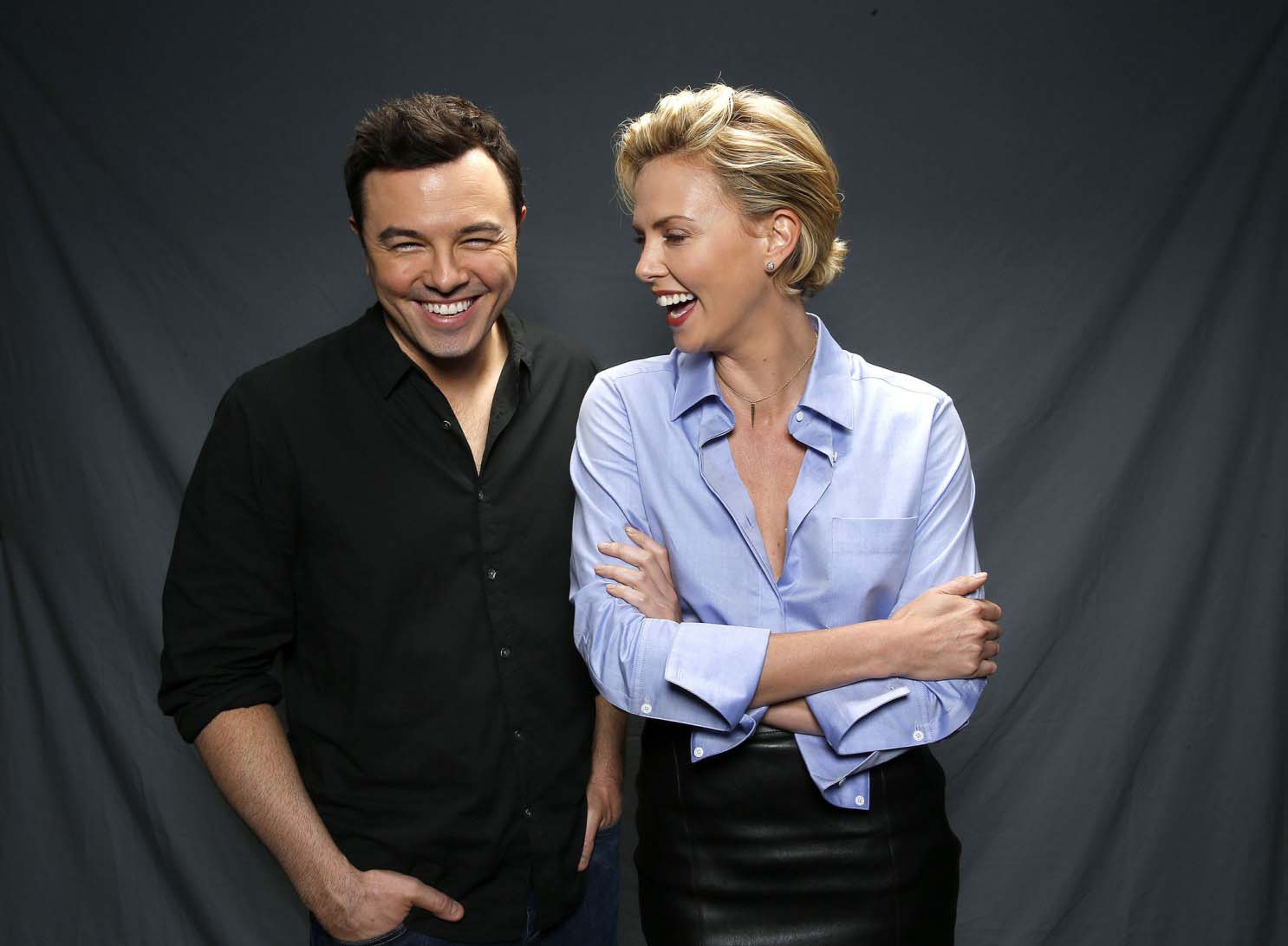 Seth Macfarlane landed his debut film in a student film called ‘The Life of Larry’ in 1995. Seeing his filmy career, he has mostly lent his voice to different characters as a voice actor. To name them they are ‘Hellboy II: The Golden Army’ in 2008 as Johann Kraus, ‘Futurama: Into the Wild Green Yonder’ in 2009 as Mars Vegas Singer, ‘The Drawn Together Movie: The Movie!’ in 2010, ‘Ted’ as a titular voice role in which he was also a director, writer, and producer.

The popular actor Seth Macfarlane nominated for 173 awards, out of which he has been able to win 40 of them. Talking more, he has won six Primetime Emmy Awards, two Critics Choice Television Awards, one MTV Movie & TV Awards, People’s Choice Award, and many more for his various roles in films and series.

Seth Macfarlane is a multi-talented and versatile person who has earned many things from his professional career. As of 2020, it is estimated that his net worth is $300 million.