Who is Charlie Day?

Charlie Day is an American actor, producer, director, writer, and comedian who has worked in this show business since 2000. In his 20 years of involvement in this entertainment field, he has made his audience and critics impressed through his acting skills. Likewise, he started his career by acting in a television film, and eventually, he made up for films. He is best known for his role in the sitcom ‘It’s Always Sunny in Philadelphia,’ where he has portrayed the role of Charlie Kelly. Moreover, he has also ventured into directing, writing, and producing. He has recently created, produced, and wrote the series named ‘Mythic Quest: Raven’s Banquet’ in 2020. Apart from acting, he has also lent his voice to different characters in video games. 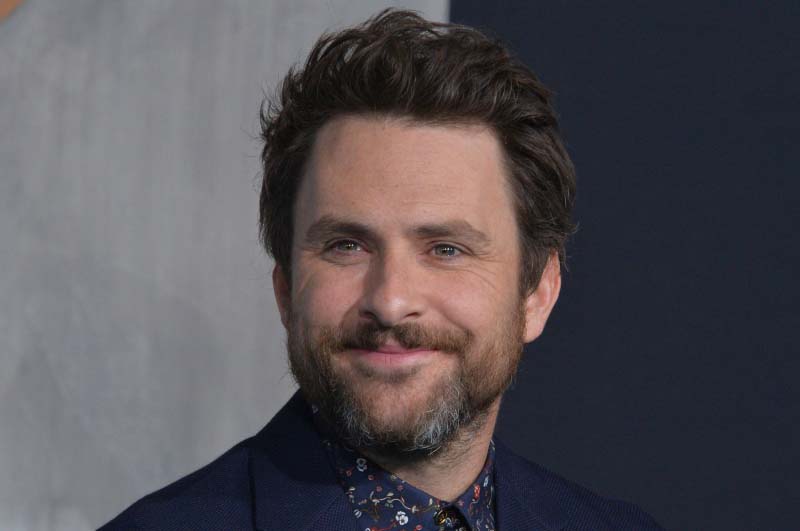 Charlie’s full name is Charles Peckham Day, born on 9 February 1976 in New York City, United States. His parents are Dr. Thomas Charles Day and Mary Peckham, a music history professor, and a piano teacher. He was born as the youngest and the only son of the family. Charles spent his childhood with his elder sister, Alice, in Middletown, Rhode Island. Moreover, he is currently 44 years old with an Aquarius sun sign.

Charlie Day holds an American nationality, and as per his ethnicity, he belongs to White. According to his father’s side, his descent is Irish and Italian, whereas he is of English, Irish, French, Scottish, and Welsh descent from his mother’s side. His religious views are agnostic, he does not believe in the existence of God.  Besides this, he stands 5 feet and 7 inches (1.70m/170cm) tall and weighs around 63 kg (139lbs). Moreover, Charlie has a pair of green eyes color and dark brown hair color.

Charlie Day’s parents were involved in music, which made him learn music when he was three years old. He also learned to play different musical instruments like violin, piano, etc. For his studies, he attended Pennfield School and moved to Portsmouth Abbey School. After completing high school, he enrolled at Merrimack College and graduated in 1998 with a major art history degree. 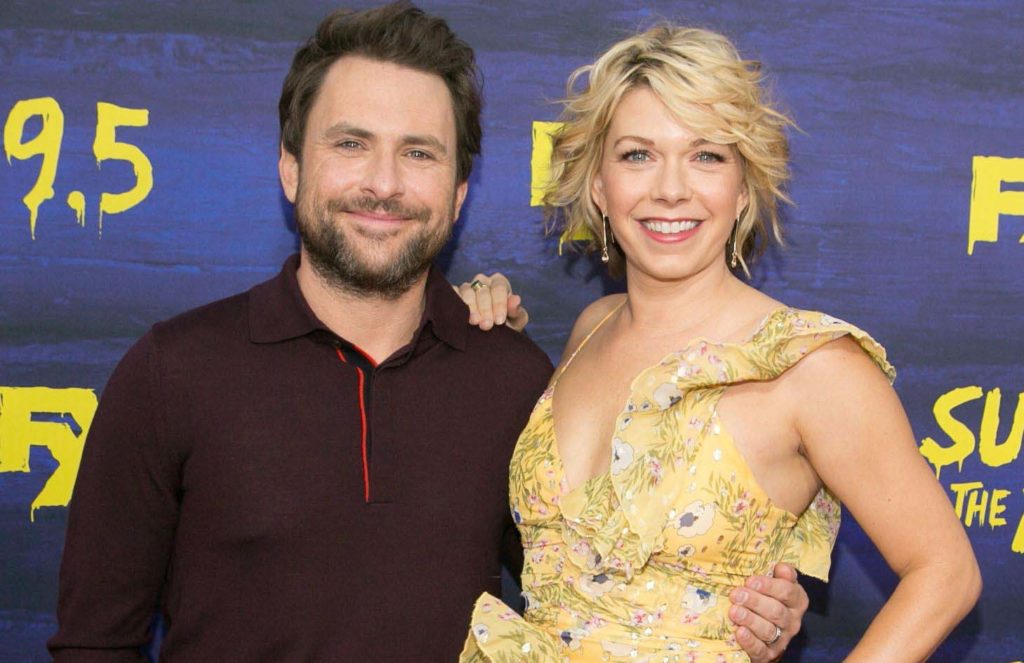 Charlie Day is only active in his Instagram account with a username (@charliedayofficial) with 1.4 million followers. Though he has lots of fan accounts on Twitter and Facebook with his name, none of them is official.

Charlie Day landed his debut big-screen role through the short film ‘Late Summer’ in 2001. He then had an uncredited role in a comedy thriller ‘Bad Company’ in 2002. After this, he directly made entry to films in 2008 after six years. Likewise, he played Adam in ‘A Quiet Little Marriage’ in 2008 and as Dan in ‘Going the Distance’ in 2010. In 2011, he appeared in a black comedy film ‘Horrible Bosses’ where he played Dale Arbus. Similarly, in 2013 he played three films where two of the films had a voice role, ‘Monsters University’ and ‘Party Central’ as Art.

Moreover, in 2014 he starred in ‘The Lego Movie’ where he had Benny’s voice role. He again reprised his role as Benny in ‘The Lego Movie 2: The Second Part’ in 2019. Other actors who had their voice role were Alison Brie, Chris Pratt, Elizabeth Banks, Liam Neeson, and many more. Furthermore, in 2017 he starred as an actor and an executive producer in a comedy film ‘Fist Fight’ as Andrew. The same year, he also played in the film ‘I Love You, Daddy’ as Ralph. In 2018, he featured in two films ‘Pacific Rim: Uprising’ and ‘Hotel Artemis.’ He is recently working on his upcoming film ‘El Tonto,’ where he is also a director and a writer.

Charlie Day made his first-ever acting debut in the 2002 television film ‘Mary and Rhoda’ as a Mailroom Kid. The same year, he also appeared in an episode of ‘Madigan Men’ as Clerk. Likewise, he slowly started appearing in series like ‘Law & Order’ and ‘Third Watch’ in 2001,’Luis’ in 2003, and ‘Reno 911!’ in 2004. This actor received his first breakthrough moment in the 2005 sitcom ‘It’s Always Sunny in Philadelphia’ where he played Charlie Kelly. This sitcom was started with $200 with his fellow struggling actors Rob McElhenney and Glenn Howerton. This series gave him as well as his friend’s huge fame. Moreover, this series is still running, and he is also the executive producer and writer of this sitcom. 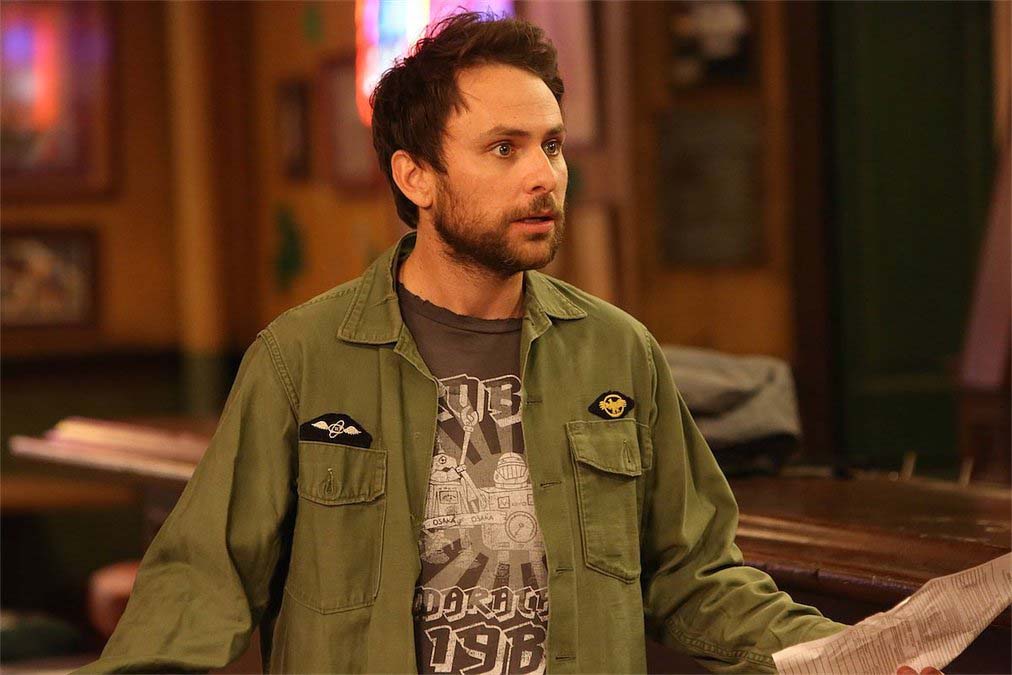 Though Charlie Day hasn’t bagged any awards, he has received a nomination from Critics’ Choice Television Awards and Satellite Awards for his work in ‘It’s Always Sunny in Philadelphia’ in 2011.

Net Worth of Charlie Day

Charlie Day is one of the celebrated actors in the Hollywood industry who has a huge fan base. His estimated net worth as of 2020 is $30 million.