Erin Andrews – A Professional American Journalist, Hosts ABC’s “Dancing With The Stars” and a Sideline Reporter for FOX NFL, Who Started Working for ESPN in April of 2004

Who is Erin Andrews?

Erin Andrews is a big name in the entertainment industry. She is a professional American journalist. She is also an anchor who hosts ABC’s “Dancing with the Stars.” Furthermore, Andrews is a sideline reporter for FOX NFL. Erin describes herself as a tomboy and values sports. The 41-year old anchor, reporter, and host has a net worth of 22.2 million U.S dollars. She has been active in the industry since 2000. Erin was named America’s Sexiest Sportscaster in 2012.

Erin Andrews was born on May 4, 1978, in Lewiston, Maine, the United States under the name Erin Jill Andrews. She is the daughter of Paula Andrews and Steven Andrews. Steven is a TV journalist, whereas Paula is a teacher. Furthermore, she has one sibling, one younger sister named Kendra Andrews. When Erin was 5 years old, her family moved to San Antonio, Texas, and later moved to Valrico, Florida 18 months then. Her father is a six-time Emmy Award winner and worked as an investigative reporter for NBC affiliate WFLA-TV.

Erin is American by nationality and her ethnicity is white. Her zodiac is Taurus. Some of her nicknames are Miss Jill and EA. 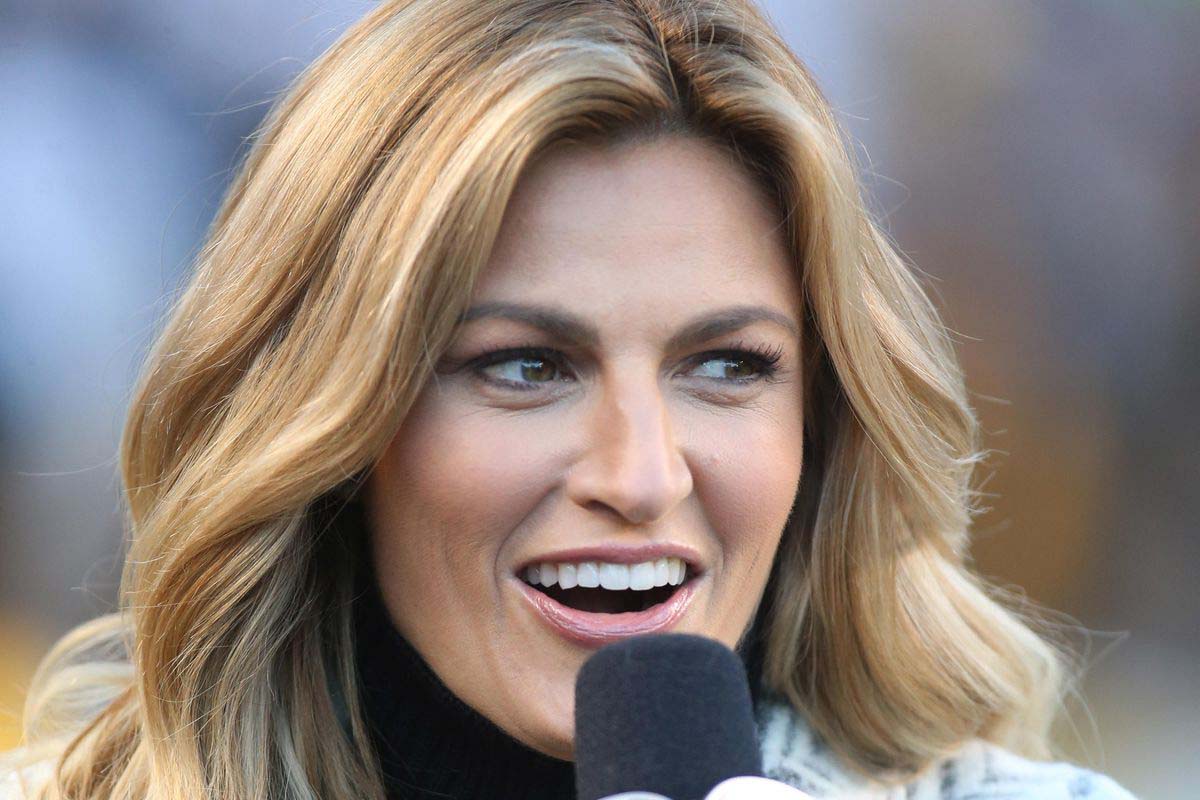 Talking about her educational qualifications, Andrews attended Bloomingdale High School in Valrico, Florida. She was a member of the dance team, student government, as well as the National Honor Society. Furthermore, while growing up, Andrews attended Brandon School of Dance Arts located in Seffner, Florida. After graduation, she attended the University of Florida and graduated in 2000 with a Bachelors’s degree in Telecommunication. In college, she was a part of Zeta Tau Alpha sorority.

Erin stands to 5 feet and 10 inches (1.78 meters) in height whereas her weight is around 55 kilograms (121 lbs). She wears shoes of size 7 and dress of size 6 according to US Standards. Erin has an average body type with measurement 36-23-34 inches. Furthermore, she has a beautiful pair of Gray eyes with blonde hair.

Andrews freelanced for Fox Sports Florida and then worked for the Turner South Network as a studio host and reporter in Atlanta covering the local sports teams. She started working for ESPN in April of 2004 and included National Hockey League for ‘ESPN National Hockey Night.’ Furthermore, she served as a reporter for the ‘Little League World Series’, ‘College World Series’, as well as ‘Great Outdoor Games’. Furthermore, she was the reporter doing live coverage of the annual Scripps National Spelling Bee event between 2008 and 2010 for ESPN and ABC. 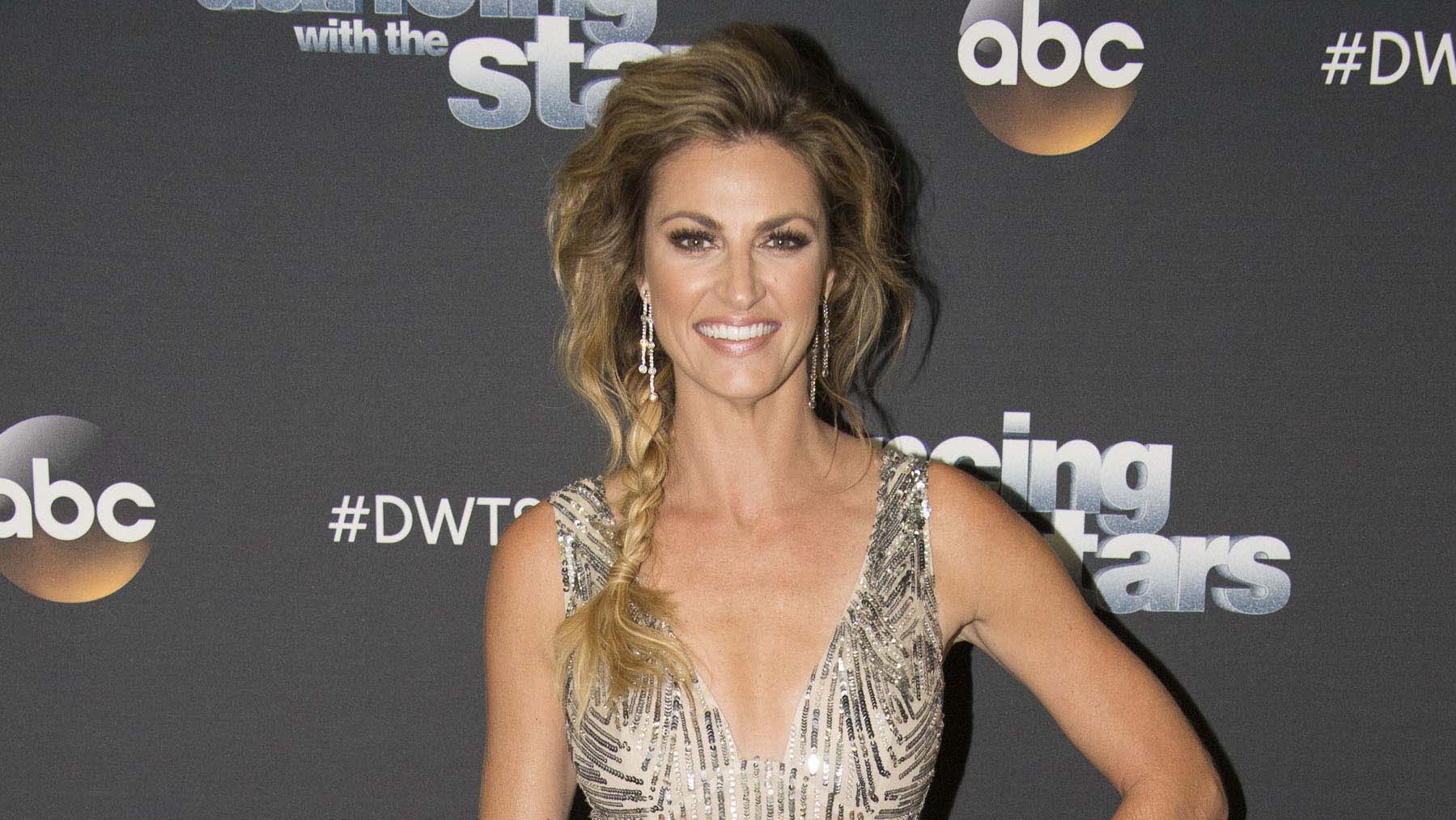 In January of 2011, she signed a major endorsement deal with Reebok.  However, she made a controversial comment which compelled her to end the contract with ESPN within a year. Furthermore, ESPN issued new guidelines on endorsements. Andrews left ESPN for Fox Sports in June of 2012. She became the first host of Fox College Football’s Studio show. She began to report from the sideline on Fox’s lead NFL broadcasting crew in July of 2013 replacing Pam Oliver.

Dancing with the Stars

Andrew’s first appearance on ‘Dancing with the Stars’ was in its tenth season as a contestant. She was ranked third with her partner Maksim Chmerkovskiy among 11 couples. Later, Andrews replaced co-host Brooke Burke-Charvet in the show starting with the 18th season in February of 2014.

Erin played the role of Randall Morgan’s receptionist in an American satirical comedy film that stars Adam Sandler and Andy Samberg in 2012. She was also the co-host for CMT Music Awards alongside J.J. Watt and Brittany Snow from 2015-2016. 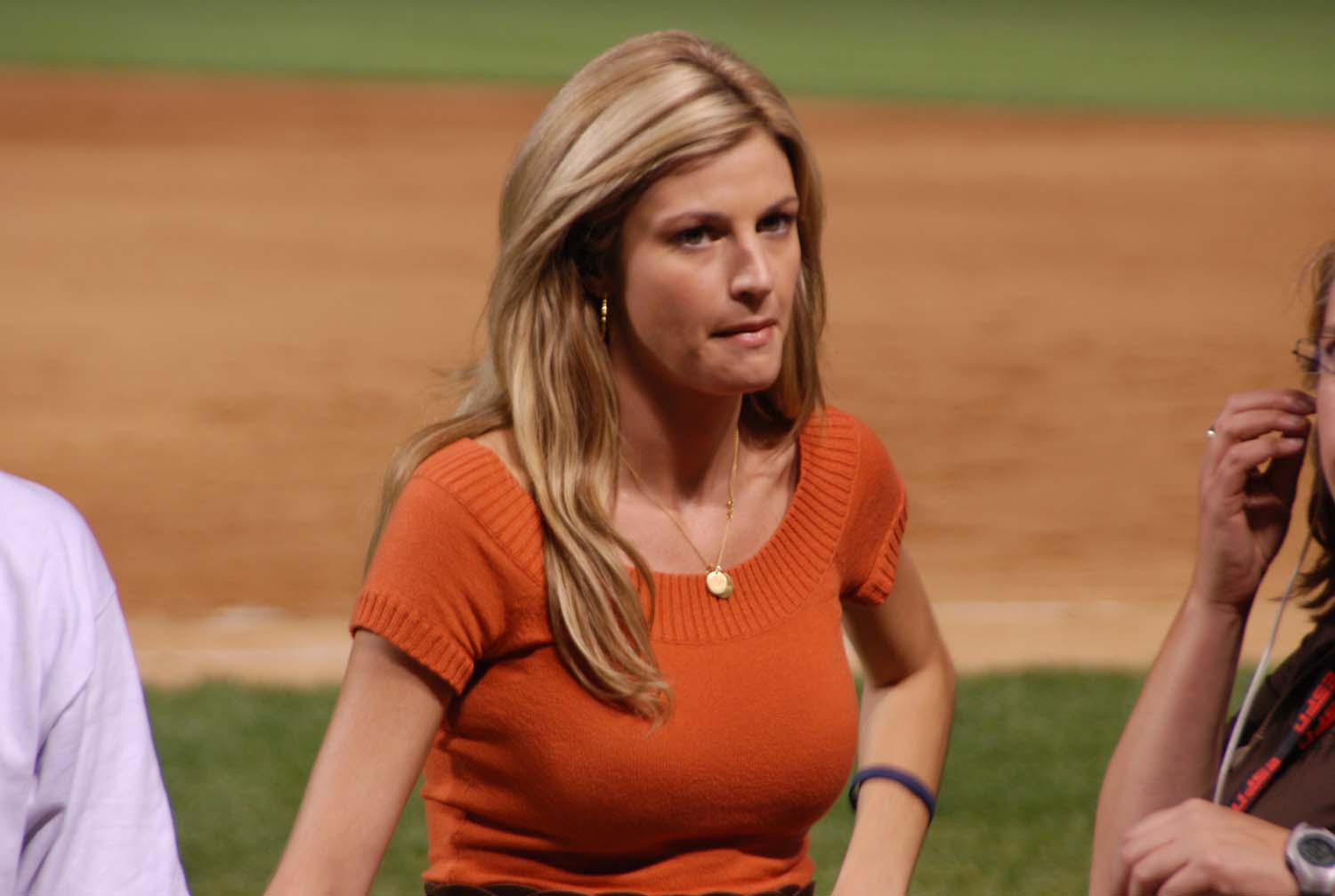 Andrews dated professional hockey player Jarret Stoll in December of 2012. The couple engaged four years later and eventually married on June 24, 2017. Currently, she resides in Los Angeles, California. Furthermore, she was diagnosed with cervical cancer in September 2016 and underwent surgery on October 11. She went back to work two weeks later.

The Net Worth of Erin Andrews

Erin is a big name in the entertainment industry. Her net worth is estimated to be around 22.3 million dollars. She earns money mostly through her professional career and tv show appearances.