An English screen, stage actor and filmmaker who is best known for his versatile acting roles.

Who is Gary Oldman?

Gary Oldman is an English actor and filmmaker who has enthusiastically worked in the entertainment industry from 1979 to date. He is regarded as one of the finest, talented, and versatile actors in the industry whose movies have grossed more than $11 billion worldwide. This also makes him one of the highest-grossing actors of all time. Starting his career from the theatres and eventually landing roles in movies and television, he became one of the finest actors in this field. Likewise, Gary is well-known for his roles as Sid Vicious in ‘Sid and Nancy’ in 1986, Lee Harvey Oswald in ‘JFK’ in 1991, Sirius Black in the ‘Harry Potter’ film series, and many more. Apart from acting, he is also a filmmaker who has produced, directed and wrote various types of films. Moreover, he has also received prestigious nominations and awards for his acting roles. 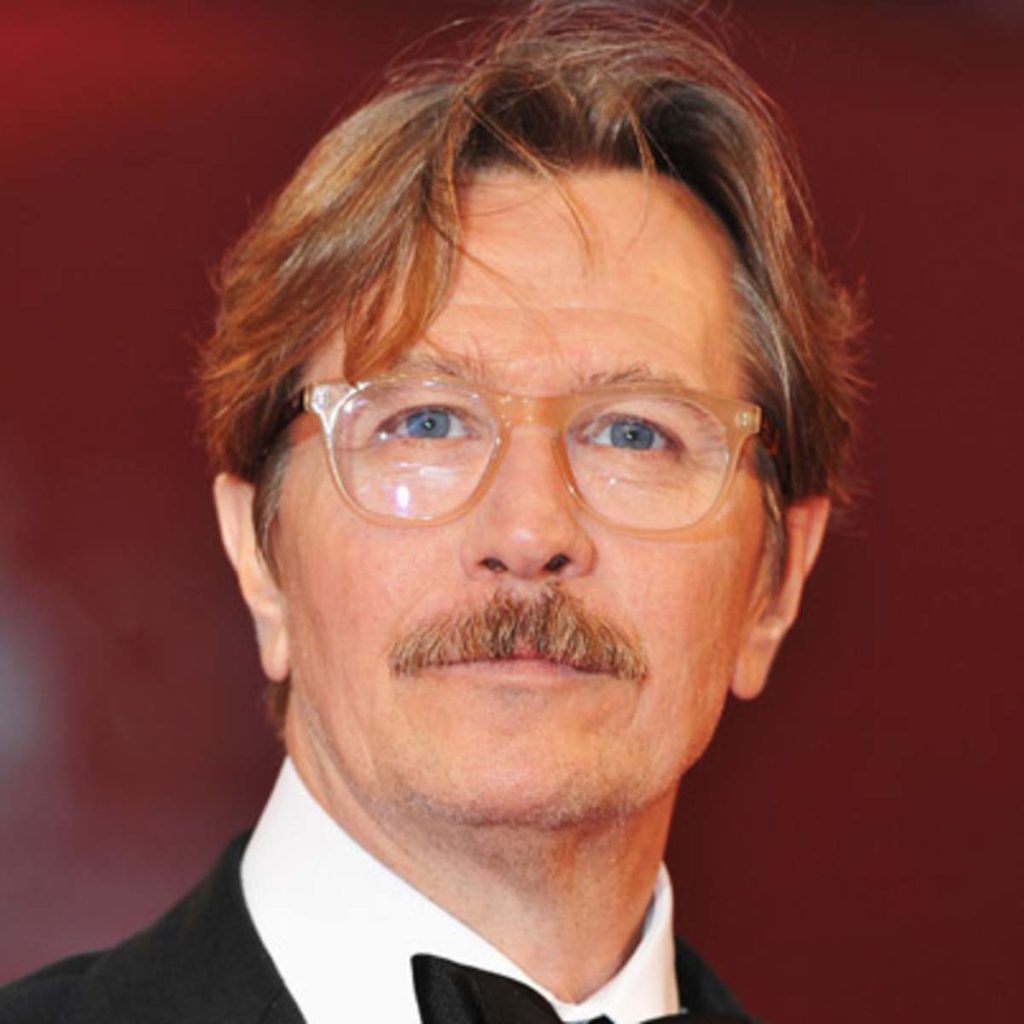 Gary Leonard Oldman was born on 21 March 1958 in New Cross, London. He was born to his father Leonard Bertram Oldman, a sailor and welder, and to his mother Kathleen Oldman, a homemaker. His father left his family when he was just seven years old because of his drinking habits. He grew alongside his elder sister Maureen who is also an actress and is also known by her stage named Laila Morse. Additionally, he is currently 62 years old and belongs to an Aries star sign. He presently lives in Los Angeles, the United States with his family.

Gary Oldman holds British nationality and as per his ethnicity, he is White. He believes in personal spirituality rather than other religious beliefs. Besides, he stands 5 feet and 8½ inches (174 cm/ 1.74m) tall and weighs around 72 kg (159lbs). Moreover, he has a pair of blue-colored eyes and light-brown-colored hair.

Gary Oldman had an early interest in music and was an accomplished singer and pianist. Though he attended West Greenwich School, he dropped out of the school at the age of 16 due to a financial crisis. He then worked in a sports shop. In the early 1970s, he developed an interest in acting and decided to pursue his career in acting. Moreover, he joined Young People’s Theater located in Greenwich and later enrolled at the Rose Bruford College of Speech and Drama in Kent in scholarship. He graduated in 1979 with a BA in acting.

Gary Oldman has married five times to date. He first married an actress Lesley Manville in 1987 and divorced in 1989. They had a son named Alfie born in 1988. Alfie has two children who are Gary’s grandchildren. Likewise, he then married Iman Thurman in 1990 but after two years they separated. He then engaged to model Isabella Rossellini from 1994 to 1996. Moreover, his third marriage happened with model Donya Fiorentino in 1997 and this marriage lasted till 2001. This couple had two sons named Gulliver, born in 1997, and Charlie, born in 1999. From 2008 to 2015 he was married to singer and actress Alexandra Edenborough. Finally, his fifth marriage happened with the writer and art curator Gisele Schmidt in August 2017. 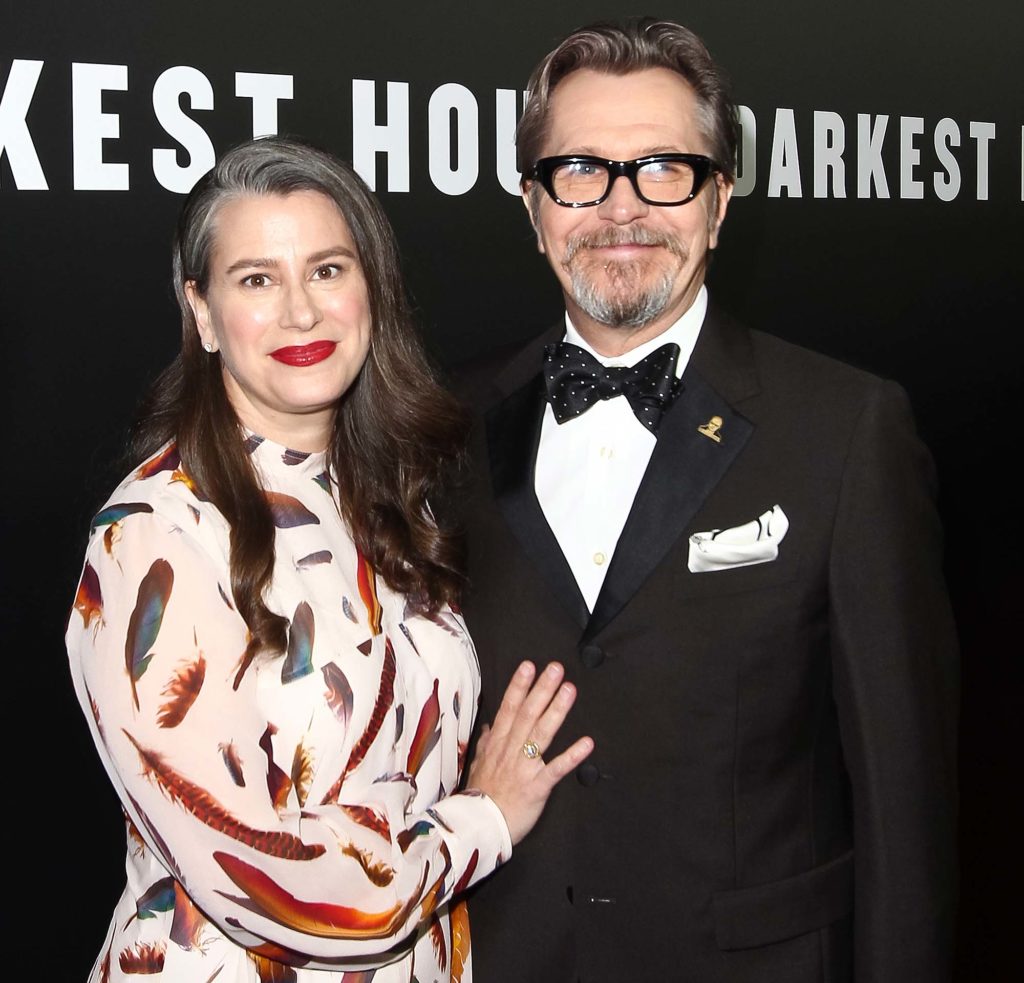 Gary also appeared in the superhero film ‘The Dark Knight’ where he reprised his role of James Gordon in 2008. This movie starred Christian Bale, Michael Caine, Heath Ledger, Morgan Freeman, Maggie Gyllenhaal, etc. He even reprised his role of James Gordon in ‘The Dark Knight Rises’ in 2012. Meanwhile, in 2009 he appeared in ‘A Christmas Carol’ as Tiny Tim/Bob Cratchit/Jacob Marley in the year 2009. He shared the screen with stars like Jim Carrey, Colin Firth, Cary Elwes, etc. He also had voice roles in ‘Countdown to Zero,’ ‘One Night in Turin’ in 2010, ‘Kung Fu Panda 2’ in 2011, and ‘Tau’ in 2018. Moreover, he also starred in Joe Wright‘s directional film ‘Darkest Hour’ where he played Winston Churchill in 2017.

His other films are ‘The Laundromat Jürgen’ in 2019 and ‘Mank’ in 2020.  Furthermore, two of his films are working in post-production which is not released and they are ‘Crisis’ and ‘The Woman in the Window.’ 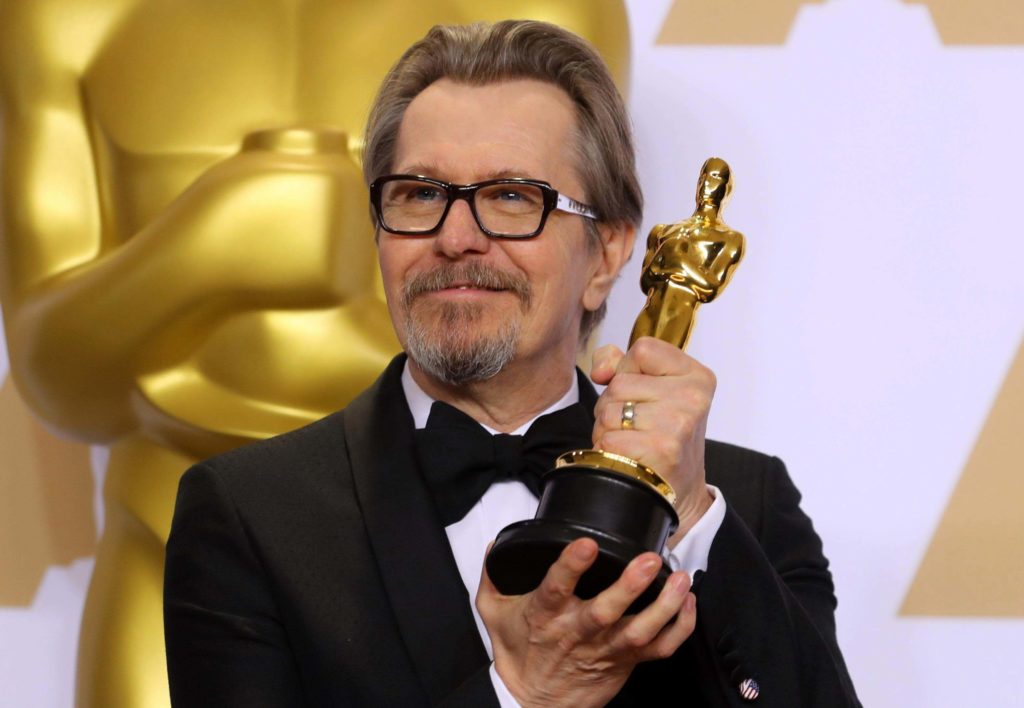 Gary Oldman has won the Academy Award for Best Actor in the 2018 film named ‘Darkest Hour.’ He has also won three BAFTA Awards in 1998 and 2018. He has also won other awards for his film ‘Darkest Hour’ like the Golden Globe Award, Screen Actors Guild Award, AACTA Awards, Satellite Awards, etc. Moreover, he also received three Empire Awards in 1998, 2011, and 2012. Likewise, he has also won the festival awards like the Edinburgh Film Festival in 1997 and Palm Springs Film Festival in 2011 and 2017.

Net Worth of Gary Oldman