Cary Elwes is an English actor and writer who has actively worked in the entertainment field from 1979 to date. He belongs to a famous family from British who migrated to the USA at the age of 19. Likewise, he also dropped out of his studies to pursue an acting career and eventually became one of the famous actors in the industry. This actor is well-acclaimed for his acting role in ”The Princess Bride’ where he played the role of Westley.

Moreover, he is also well-known for his roles in other movies and series like ‘Kiss the Girls,’ ‘Days of Thunder,’ ‘Bram Stoker’s Dracula,’ ‘Hot Shots,’ ‘Twister,’ and many more. Apart from acting, he is also a writer and has co-authored a book named ‘As You Wish: Inconceivable Tales from the Making of The Princess Bride,’ released in 2014. 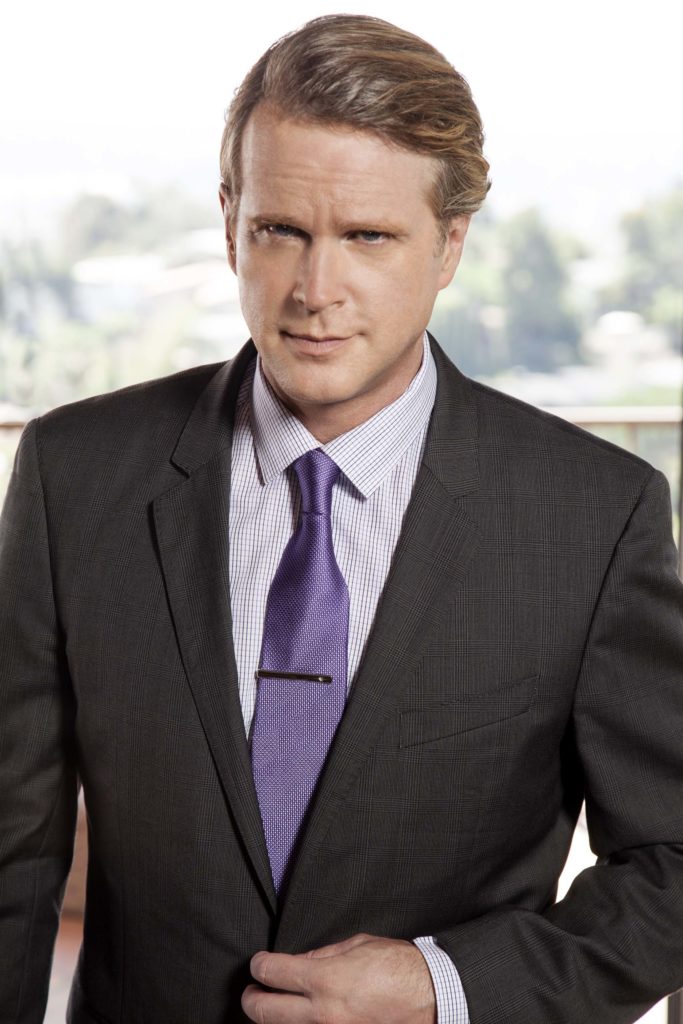 In Westminster, London, England, Ivan Simon Cary Elwes was born on 26 October 1962 into a well-known family. His father’s name is Bede Evelyn Dominic Elwes, who is also known as Dominic Elwes, was a portrait painter, and his mother’s name is Tessa Kennedy, who was an heiress and a noted interior designer. He was born as one of the youngest children to his parents.

Moreover, he grew alongside his two elder brothers named Cassian Elwes and Damian Elwes. Both of them are well-known faces of the industry. Ivan also has two stepsiblings named Dillon and Milica. Additionally, he belongs to the Scorpio sun sign and is currently 58 years old.

Talking about his education, he attended an independent school named Harrow School in London. He then enrolled at the London Academy of Music and Dramatic Art. Likewise, he moved to New York and attended Sarah Lawrence College to study acting, philosophy, and history. But he again dropped out of college since he wanted to pursue an acting career. This actor also studied at the Actors Studio and Lee Strasberg Theatre and Film Institute in New York.

Cary Elwes holds an English nationality. As per his ethnicity, he is White, belonging to English, Scottish, Irish, Ashkenazi Jewish, and Serbian ancestry. Moreover, he follows Roman Catholicism as his religion.

Cary Elwes engaged to Lisa Marie Kurbikoff, a photographer, in 1997. He then married her in 2000. This couple has a daughter together named Dominique, born on 24 April 2007. 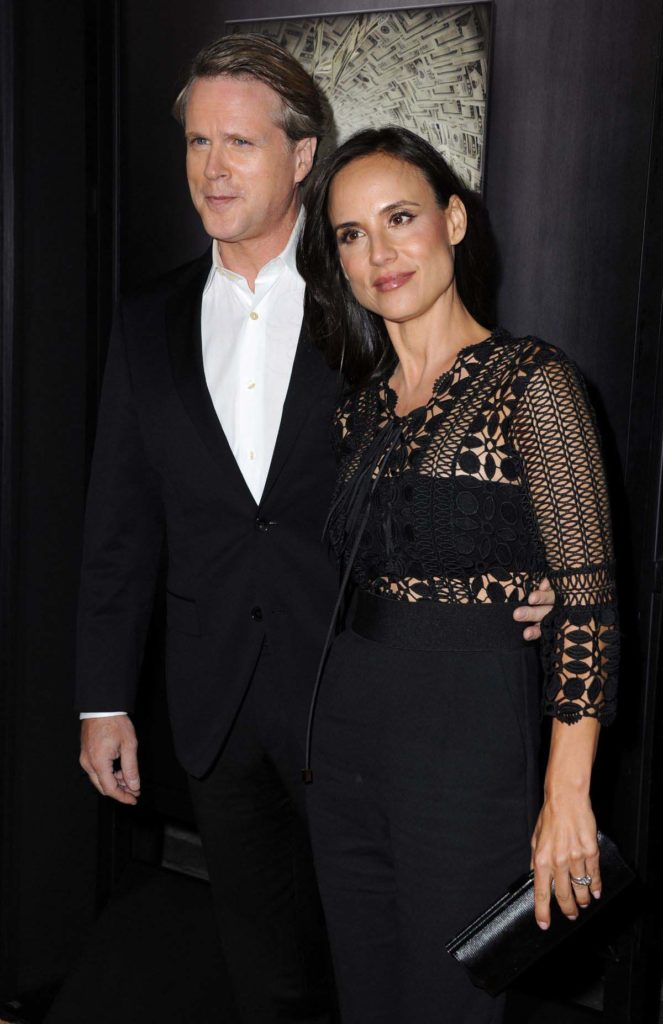 Cary Elwes landed his debut film role in the 1979 film ‘ Yesterday’s Hero,’ where he played the role of Disco Dancer. After this, he directly appeared in the 1984 film ‘Another Country,’ where he played James Harcourt. Likewise, he appeared in ‘The Bride’ in 1985, ‘Lady Jane’ in 1986, and ‘Maschenka’ in 1987. Moreover, he received his first breakthrough role in the 1987 fantasy adventure film ‘The Princess Bride,’ where he played Westley / Dread Pirate Roberts / The Man in Black. Although the film did modestly at the box office, the made brought him colossal fame and critical acclaim. During that time, his other notable movies were ‘Days of Thunder’ in 1990, ‘Hot Shots!’ in 1991, ‘Robin Hood: Men in Tights’ in 1993, and ‘The Jungle Book’ in 1994.

He also received a nomination from Blockbuster Entertainment Awards for his film role ‘Kiss the Girls’ in 1997. The next year, he had a voice role in ‘ Quest for Camelot’ as Garrett. Similarly, he also played as John Houseman in ‘Cradle Will Rock’ in 1999, Fritz Arno Wagner in ‘Shadow of the Vampire’ in 2000, and Thomas H. Ince in ‘The Cat’s Meow’ in 2001. In 2002, he co-produced the film named ‘Comic Book Villains’ where he also played the role of Carter. His next appearance came in the horror film ‘Saw’ where he played Dr. Lawrence Gordon in 2004. The same year, he also played in ‘The Riverman’ as Ted Bundy. In 2005 he appeared in four movies, while in 2006, he appeared in two movies. Moreover, he also became an executive producer for the film ‘Walk the Talk’ in 2007.

Talking about his television series, Cary landed his debut TV role in the 1996 series ‘ Seinfeld,’ where he played David Lookner. In 1998, he appeared in four different television roles. Moreover, he had a voice role in ‘Hercules’ as Paris of Troy, ‘Batman Beyond’ as Paxton Powers, and ‘Pinky and the Brain’ as Hamlet. Cary also appeared in television films like ‘Race Against Time’ in 2000, ‘Pope John Paul II’ in 2005, ‘Haskett’s Chance’ in 2006, and ‘The Anna Nicole Story’ in 2013. Meanwhile, his other series were ‘Leverage,’ ‘Wonder Woman,’ ‘Law & Order: Special Victims Unit,’ ‘Perception,’ ‘Family Guy,’ etc.

Similarly, he also became one of the casts of the 2009 series named ‘Psych,’ where he played Pierre Despereaux. It starred James Roday, Timothy Omundson, Anne Dudek, Kristen Nelson, etc. From 2015 to 2016, he played in ‘The Art of More’ and ‘Sofia the First,’ where he had a voice role. He also starred in ‘Life in Pieces’ in 2016, ‘Workaholics’ in 2017, ‘Youth & Consequences’ in 2018, and ‘The Marvelous Mrs. Maisel’ in 2019. The same year, he also appeared in five episodes of ‘Stranger Things’ as Mayor Larry Kline. His last played series is ‘Home Movie: The Princess Bride’ in 2020, starring different artists like Kaitlyn Dever, Hon Hamm, Hugh Jackman, Paul Rudd, Zoey Deutch, etc. 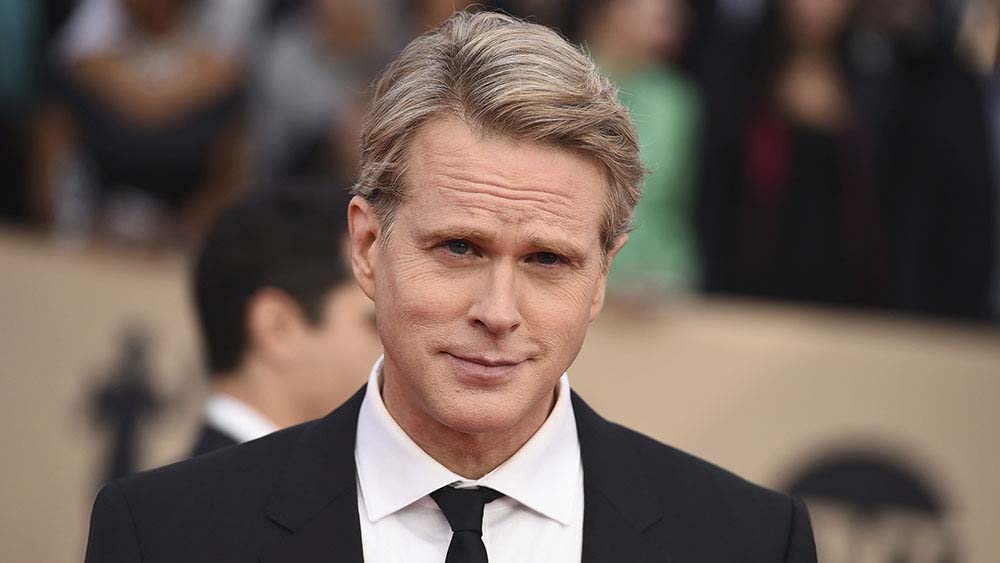 Cary Elwes has received a total of 8 nominations and has not won any awards yet. They are from the Screen Actors Guild Awards, Satellite Awards, MTV Movie + TV Awards, and other critic awards.

Net Worth of Cary Elwes

Cary Elwes has earned a huge name and fame from his acting career. Moreover, he has also made a handsome amount of money. He has an estimated net worth of $8 million as of 2021. In addition, his salary per year is $1.27 million.