Who is Herschel Walker?

Herschel Walker is an American former professional football player who started playing football from his college days and decided to pursue his career. Initially, he started his professional football career from 1983 to 1985 in New Jersey Generals of the United States Football League (USFL). He was then contracted to Dallas Cowboys, Minnesota Vikings, Philadelphia Eagles, New York Giants, and Dallas Cowboys, his last club he played for and announced retirement. Apart from football, he is also a bobsledder, sprinter, and mixed martial artist. Moreover, he has also been named as the third most significant player in college football history by ESPN. 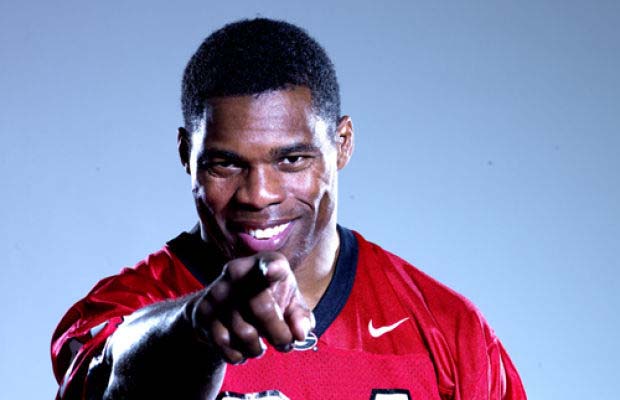 Herschel Walker was born on March 3, 1962, in Wrightsville, Georgia, United States. He was born to father Willis Walker and to mother, Christine Walker. He grew alongside his six more siblings. Presently, he is 58 years old with a Pisces horoscope.

Herschel Walker holds an American nationality, and as per his ethnicity, he belongs to African-American. Besides, he has an athletic body type. He stands 6 feet and 1 inch (185cm/1.85m) tall and weighs around 100kg (2202lbs). He has a pair of brown-colored eyes with a bald hairstyle.

Herschel Walker attended Johnson County High School in Wrightsville. He showed a keen interest in playing football and basketball and competed in different track races. He was also honored with National High School Scholar-Athlete of the Year in 1979.

After he graduated from high school, he attended the University of Georgia and also played football for his college. He won the All-American honored player award three times and won one of the college football’s highest honor Heisman Trophy and Maxwell Award in 1982. Moreover, he was also elected to the College Football Hall of Fame in 1999. He finally graduated from his university with a degree in Science in Criminal Justice Studies. 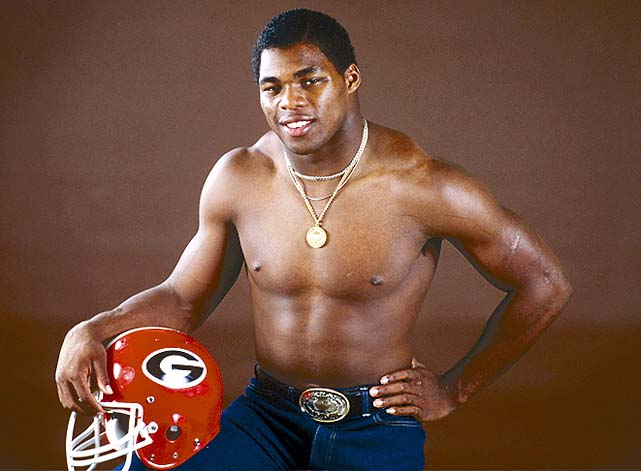 Herschel Walker professionally began his football career by signing a contract with the United States Football League (USFL) New Jersey Generals in 1983. While being associated with them, he also won the USFL rushing title two times in 1983 and 1985. He was then sent to the Dallas Cowboys for the fifth round in the 1985 NFL Draft and was signed in 1986. In his three year contract with Dallas, he made himself as a premier NFL running back in 1988. Also, he became known as a one-man offense, with his NFL career highs.

In 1989 he became traded to the Minnesota Vikings, where he landed his outstanding debut game against the Green Bay Packers, where he played the best rushing game in the club’s history. Likewise, he then joined the bobsled program of the United States Bobsled and Skeleton Federation. After playing for three seasons in Minnesota from 1986 to 1989, Philadelphia Eagles again signed him for two years from 1992 to 1994. Walker was the first NFL player to have one-play gains of 90 or more yards rushing, receiving, and kick-returning in a single season in 1994.

In 1995, he then made a contract with the New York Giants for three years. But Walker could not play as a third-down back, which led him to play with the Giants for only one year. Dallas Cowboys again signed him till 1997, which was his last football team. He concluded his football career with the team that he first started his NFL career. Moreover, looking at his career statistics, he ranked at 5th number for his combined rushing numbers for the USFL and the NFL. Furthermore, in 1999, he became a representative to Sports Illustrated’s NCAA Football All-Century Team.

Since Herschel Walker is also a mixed martial artist. He has been starred in an HDNet show named ‘Inside MMA’ as a guest in 2007. MMA Promotion Company named Strikeforce also signed him to participate in their heavyweight division in September 2009. Looking at his mixed martial art records, he has appeared in two games in which he has won both the games by 2 knockouts. Besides this, he has also appeared in a reality cooking competition show in 2012 named ‘Rachael vs. Guy: Celebrity Cook-Off’ and became season 3. 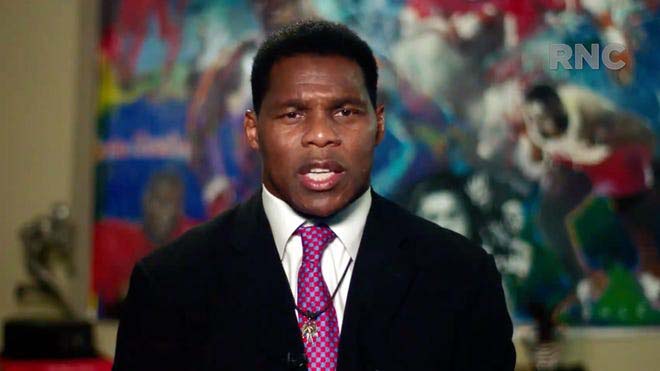 Herschel Walker has received many prestigious honors, awards, and titles throughout his career. He has been honored with the Heisman Trophy, Walter Camp Award, Maxwell Award, UPI Player of the Year, and many more.

Herschel Walker married his longtime girlfriend, Cindy DeAngelis Grossman, in 1983 and together had a son named Christian. Unfortunately, this couple divorced in 2002 after nineteen years of marriage.

Walker is one of the multi-talented personality who has been very famous. Along with that, he has earned a handsome amount of money and is living a luxurious lifestyle. As of 2020, he has an estimated net worth of about $12 million.