Penny McNamee is an Australian actress who has actively worked in the entertainment field since 2003 to date. She started acting at the age of 19 through theatre plays. Eventually, Penny landed different roles in movies and television series. Penny began her career in the Australian industry, and following her success, she even appeared in the Hollywood industry.

Her television career is awe-inspiring. Likewise, she is well-known for her role as Tori Morgan in the soap opera ‘Home and Away.’ Moreover, she has also portrayed various essential roles in celebrated movies and shows like ‘Elementary,’ ‘The Pacific,’ and ‘Blue Bloods.’ She has also received prestigious awards and nominations for her acting role. 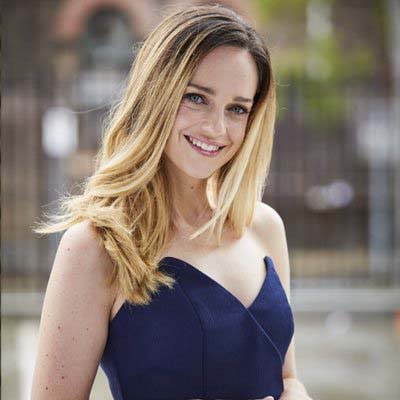 Where was Penny McNamee born?

Penny McNamee was born on 17 March 1983 in Sydney, New South Wales, Australia. She was born to her parents named Peter McNamee and Helen McNamee. This actress also has four sisters and a younger brother named Mel McNamee, Rebecca McNamee, Abbey McNamee, Jessica McNamee, and Patrick McNamee. Likewise, she is also the aunt of actress Teagan Croft who is her sister’s daughter. Additionally, she is currently 38 years old with a Pisces star sign.

What is Penny’s educational detail?

Penny McNamee completed her education at Barker College in Sydney. Unfortunately, there is no further information about her educational qualifications.

What are the distinctive features of Penny McNamee?

Penny McNamee holds an Australian nationality. As per her ethnicity, she is White. Moreover, her descent is Irish. However, she hasn’t disclosed her religious views.

Besides this, she stands 5 feet and 5 inches (165cm/ 1.65m) tall and weighs around 54kg (119lbs). Moreover, she has a slim body with blue-colored eyes and naturally dark brown-colored hair, which she dyes to blonde.

Who is Penny McNamee’s husband?

Penny McNamee is a married lady. She tied a knot with the director of a marketing agency, Matt Tooker, in 2009. They parent two children, a son named Jack born in 2015 and a daughter born in 2019. 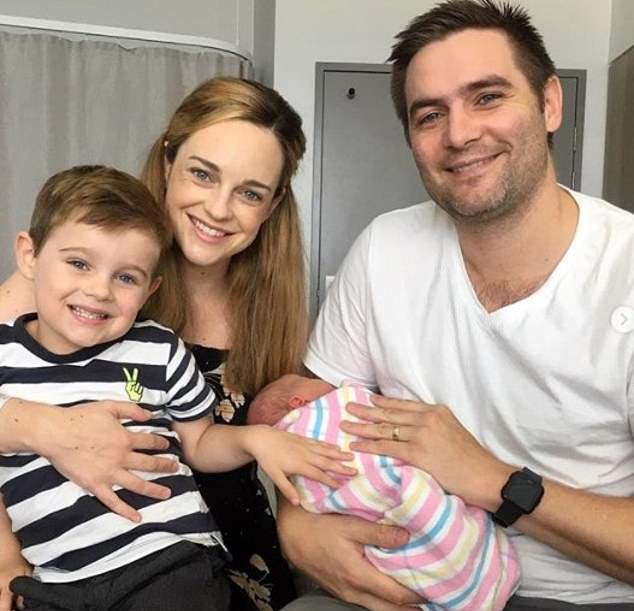 How did Penny McNamee begin her career in acting?

Penny McNamee landed her debut role in the short film named ‘Fuel’ in 2003. She then played guest roles in ‘ White Collar Blue’ and ‘All Saints’ in 2003. Likewise, she appeared in the recurring role of Charlie Cooper in ‘headLand’ in 2006. This actress then had her roles in feature and short films like ‘See No Evil’ in 2006, ‘Hammer Bay’ in 2007, ‘The Tourist’ in 2008, ‘Careless Love’ in 2012, and ‘Monkeywrench’ in 2013. Meanwhile, she again had a guest role in ‘Satisfaction’ and The Pacific’ in 2010, ‘Elementary’ and ‘Blue Bloods’ in 2013. In the above series, she starred with stars like Jonny Lee Miller, Nelsan Ellis, Rhys Ifans, Rami Malek, Linda Cropper, Robert Mammone, Natalie Dormer, Diana Glenn, Vinnie Jones, Donnie Wahlberg, Vanessa Ray, and many more.

Furthermore, in 2014 she starred as Melissa Beudroux in the slasher film ‘See No Evil 2’ in an uncredited role. From 2016 to date, she is associated with an Australian TV soap opera, ‘Home and Away,’ where she played the central part of Tori Morgan. This opera starred a huge cast named Ray Meagher, James Stewart, Sam Frost, Chris Hemsworth, Luke Arnold, Bridie Carter, Marny Kennedy, Isla Fisher, Jon Sivewright, Kelly Paterniti, and many more.

Penny McNamee landed her lead role in the stage play ‘Daddy Long Legs’ in 2014, where she played Jerusha Abbott. She has also played in the Broadway musical play ‘Wicked’ in 2008 as Nessarose. This ran till 2010. Likewise, she also appeared in the musical play adapted from the novel ‘The Witches of Eastwick’ in 2002. This role earned her a nomination from the Mo Award. Her other stage performances are ‘Hurlyburly’ in 2005, ‘Carols by Candlelight,’ and ‘Good Morning Australia.’ 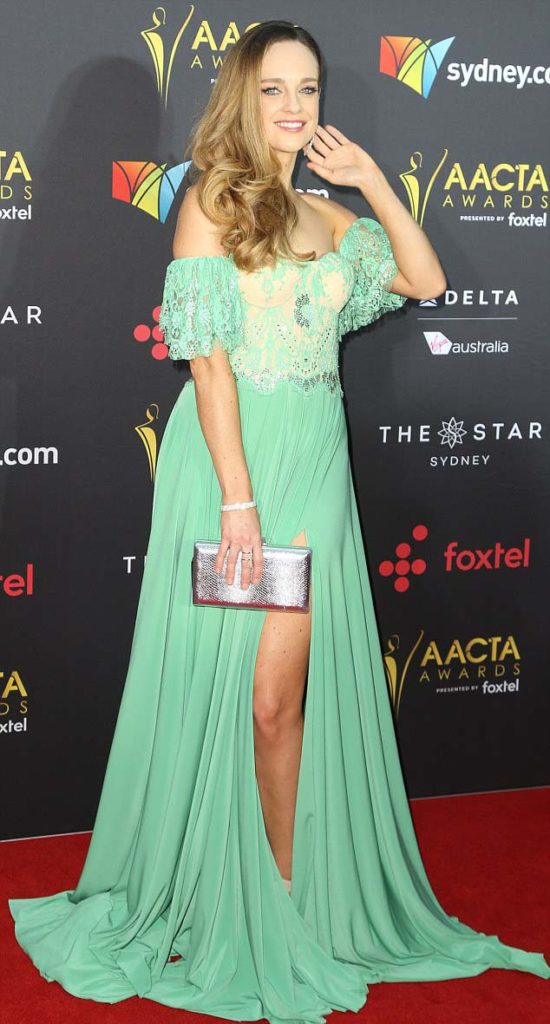 Has Penny won any awards?

Penny McNamee has received various nominations like the Logie Award, Mo Award, Best New Talent Logie Award, and many more. In addition, she won the Green Room Award in 2009 for her role in ‘Wicked.’

What is the net worth of Penny McNamee?

Penny McNamee is a famous face in the film industry. However, she primarily earns from her acting career. Likewise, Penny has an estimated net worth of $1.3 million as of 2021.