A Dutch actress and a former model who is well-known for her role in 'Blade Runner 2049' as Luv.

Who is Sylvia Hoeks?

Sylvia Hoeks is a Dutch actress and former model who has actively worked in this show business since 1997 to date. She initially began her career in modeling during her teenage. Eventually, she landed roles in movies and series in the entertainment industry in 2005. Talking about her early modeling career, she started it when she was 14 years old and her agency’s name was  Elite Model Management. Likewise, she has also been featured on the cover page of the largest older-teen fashion and beauty magazine named Elle Girl. Moreover, about her acting career, her debut TV role and film role is in ‘Staatsgevaarlijk’ and ‘Frankie’ in 2005. Sylvia is well-known for her supporting role in the 2005 film ‘Blade Runner 2049’ where she played the role of Luv. 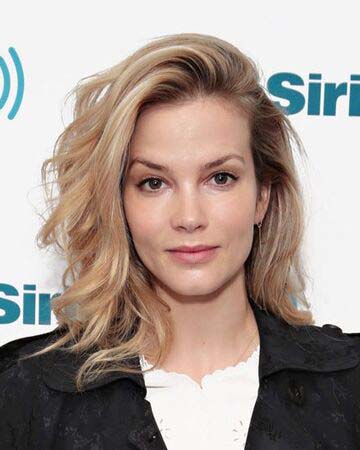 Sylvia’s full name is Sylvia Gertrudis Martyna Hoeks. She was born on 1 June 1983 in Maarheeze, the Netherlands. Though she was raised by her family along with her siblings in Maarheeze, the family’s information is not disclosed. Additionally, she is currently 37 years old with a Gemini star sign

Sylvia Hoeks completed her high school education at the local school. Later, she attended the Maastricht Academy of Dramatic Arts in Maastricht, Netherlands.

Sylvia Hoeks holds a Dutch nationality and belongs to Caucasian ethnicity. Besides this, she stands 5 feet and 9 inches (1.75m/175cms) tall and weighs 56kg (123lbs). She has a slim body type measuring  34-25-34 inches respectively. Moreover, she has a pair of hazel-colored eyes and dark brown hair color.

Sylvia Hoeks is in a long-term relationship with Boaz Kroon for more than 7 years. They are not married and do not have any children. 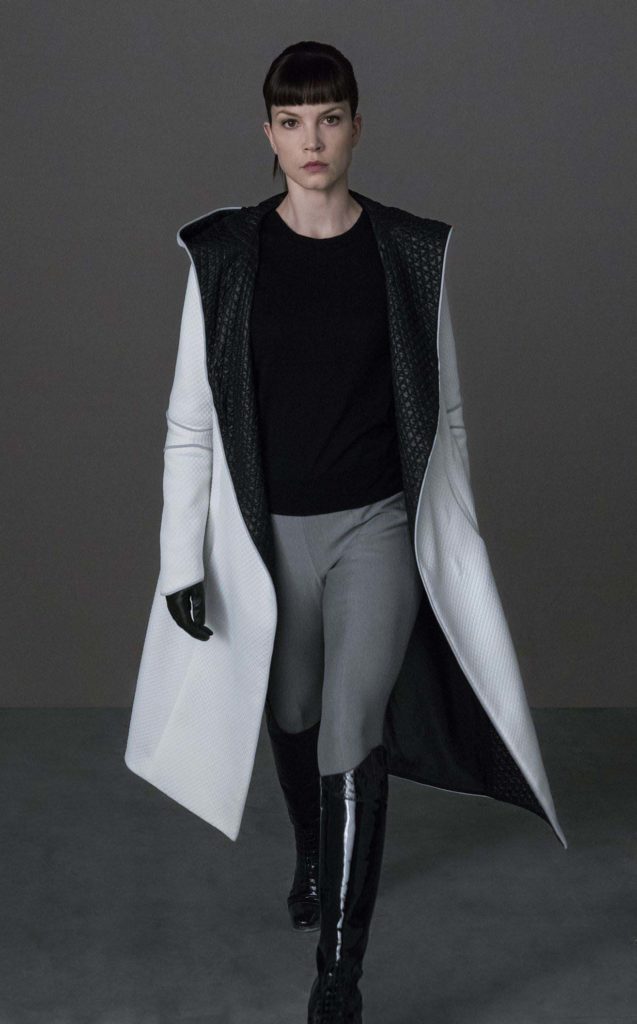 Sylvia Hoeks landed her debut film role in the 2005 film ‘Frankie’ where she played Rumina. She then played in ‘Duska’ in 2007, ‘Tiramisu’ in 2008, and ‘The Storm’ in 2009. Likewise, she also appeared in ‘The Gang of Oss’ as Johanna van Heesch in 2011. In 2012, she played the role of Elise and Debbi in ‘The Girl and Death’ and ‘Vatertage – Opa über Nacht’ respectively. She is also starred in the psychological thriller film ‘The Best Offer’ and in the comedy film ‘Bros Before Hos’ in 2013. After this, she directly appeared in the 2017 neo-noir science fiction film ‘Blade Runner 2049’ as Luv. She shared the screen with famous actors like Ryan Gosling, Harrison Ford, Ana de Armas, Carla Juri, Robin Wright, Lennie James, Mackenzie Davis, Jared Leto, and Dave Bautista. This film brought her into the limelight and the film also received critical acclaim.

The same year, she also appeared in the action thriller film ‘Renegades’ as Lara Simic. Furthermore, Sylvia then starred in ‘All the Devil’s Men’ as Leigh and ‘The Girl in the Spider’s Web’ as Camilla Salander in 2018.

Sylvia Hoeks has her first television role in the TV film ‘Staatsgevaarlijk’ where she played the role of Nicolette in 2005. She then appeared in the main role as Sonja Looman in ‘Vuurzee’ from 2005 to 2009. Meanwhile, she also played in ‘Gooische Vrouwen’ in 2006, ‘Taartman’ in 2009, and ‘t Schaep met de 5 pooten’ from 2009 to 2013. Sylvia also appeared in the main role of two series named ‘Bloedverwanten’ in 2010 and ‘Overspel’ in 2011. Likewise, she then had a two-episode role in ‘Berlin Station’ in 2016 where she played Claudia Gartner. Her latest played series is a science fiction drama ‘See’ in 2019. She played the role of Queen Kane in the series. 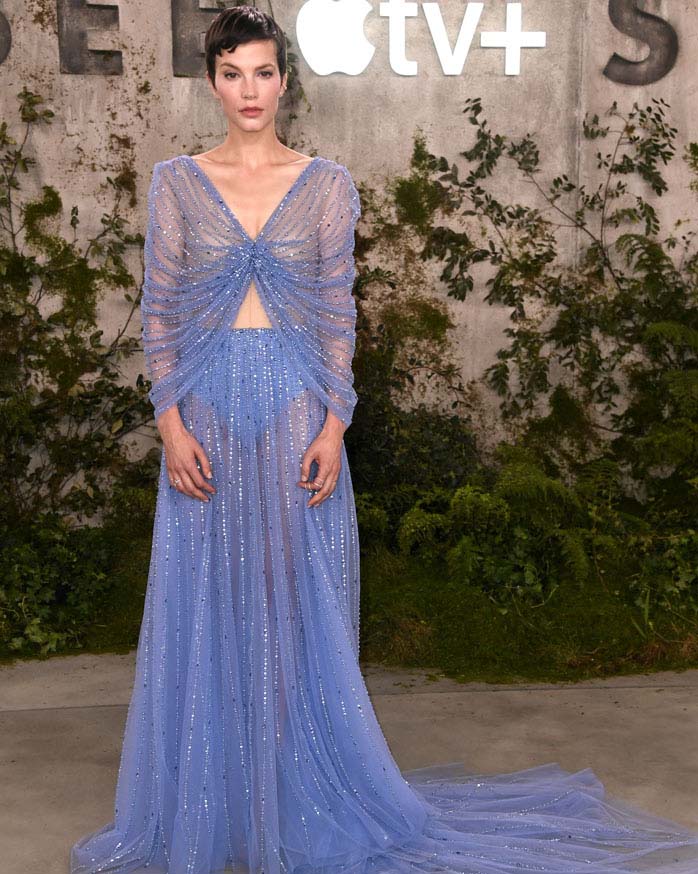 Sylvia Hoeks won the Golden Calf Award under the category of Best Supporting Actress for her role in ‘Duska’ 2007. She has also won the Festroia International Fim Festival’s Best Actress Award for her work in ‘The Storm’ in 2009. Likewise, she is also the recipient of the Shooting Stars Award and the Sylvia Kristel Award in 2011 and 2014 respectively. This actress has also received the IGN’s Best of 2017 Award Nomination for her movie role in ‘Blade Runner 2049.’

Net Worth of Sylvia Hoeks

Sylvia Hoeks has an estimated net worth of $4 million as of 2021.