Robin Wright is an American actress and director who has actively worked in the entertainment field since 1966. She was a bright child who had an early interest in modeling. This actress started her professional career at the age of 14 in modeling and traveled to different countries. Meanwhile, she returned back to school and waited for her graduation to complete.

Following her graduation, she became an actress and landed her debut acting role in the television series. Robin came into the limelight from the television soap opera ‘Santa Barbara‘ as Kelly Capwell. Likewise, she has also received various nominations and awards for her acting role. 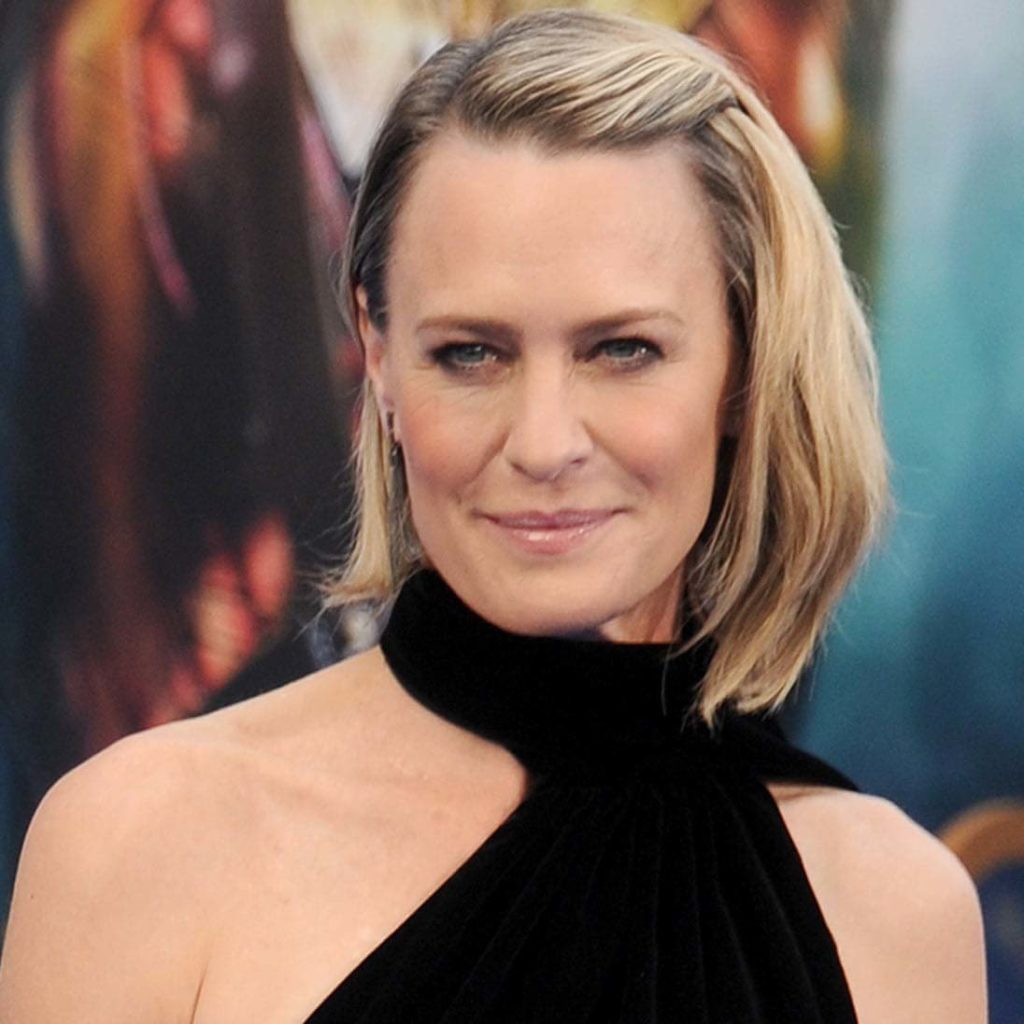 Robin Gayle Wright was born on 8 April 1966 in Dallas, Texas, United States. She was born to her accomplished parents Freddie Wright and Gayle Gaston. Her father worked in a pharmaceutical company while her mother was a cosmetic saleswoman. She also grew alongside her brother Richard Wright. Additionally, she is currently 55 years old with an Aries star sign.

Robin Wright started working as a model at the age of 14. She even toured different countries from her modeling assignments. Likewise, she attended La Jolla High School and Taft High School in California.

Robin Wright holds an American nationality, and as per her ethnicity, she is White. She is of English and smaller Scottish, Scots-Irish/Northern Irish, French, and Irish descent.

Currently, she is married to Saint Laurent executive, Clément Giraudet. They dated in 2017 and married in August 2018 in France. This couple doesn’t have any children to date. 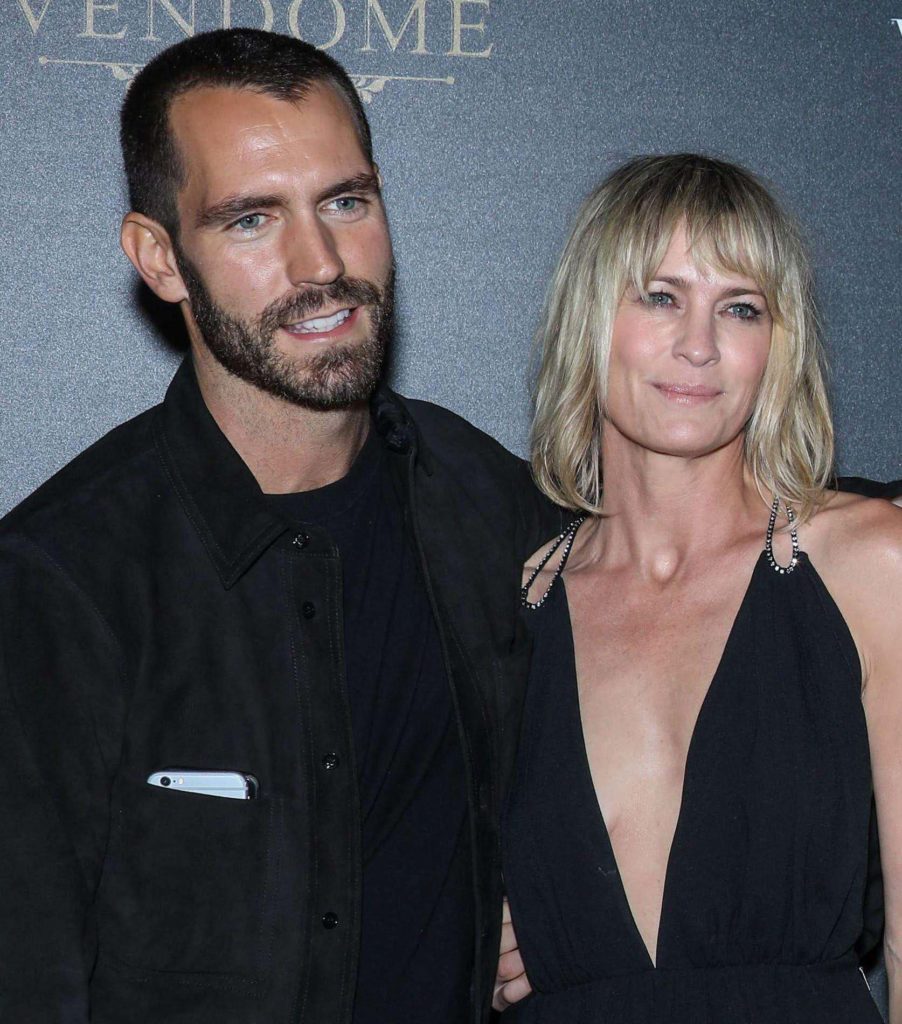 Robin Wright landed her debut film role in ‘Hollywood Vice Squad’ in 1986. She then appeared in the fantasy drama film ‘The Princess Bride’ as Buttercup in 1987. This film was screen played by William Goldman, which received a good response. Likewise, she then played in ‘Denina’ and ‘The State of Grace’ in 1990, ‘The Playboys and ‘Toys’ in 1992, and ‘Forest Gump’ in 1994. She also appeared as Jojo in ‘The Crossing Guard’ in 1995, ‘Moll Flanders’ in 1996 in a titular role, and Hedda Amerson, Maureen Murphy Quinn in ‘Loved’ and ‘She’s So Lovely’ respectively in 1997.

Robin also received the nomination from the Blockbuster Entertainment Award for ‘Message in a Bottle’ in 1999 and ‘ Unbreakable’ in 2000. She has also landed roles in ‘Searching for Debra Winger’ in 2002, ‘The Singing Detective,’ ‘Virgin’ in 2003, and ‘A Home at the End of the World’ in 2004. Furthermore, she is also famous for her role in the 2005 drama film Nine Lives, where she played the role of Diana. This movie earned her various nominations and awards.

Robin Wright landed her first TV role in ‘The Yellow Rose’ in 1983. Likewise, she appeared in ‘Santa Barbara’ as Kelly Capwell in 538 episodes from 1984 to 1988. She started playing in this series at the age of 18, and this role earned her prominence in the industry. Her next series is ‘Empire Falls’ in 2005 and ‘Enlightened’ in 2011. She then appeared in the political thriller television series ‘House of Cards’ from 2013 to 2018. Robin had the leading role where she played the role of Claire Underwood, appearing in 73 episodes. Likewise, she also served as an executive producer for seasons 4 to 6 and as director for 10 episodes. This series earned her prestigious nominations and awards. The main stars of this series were Kevin Spacey, Michael Kelly, and herself. 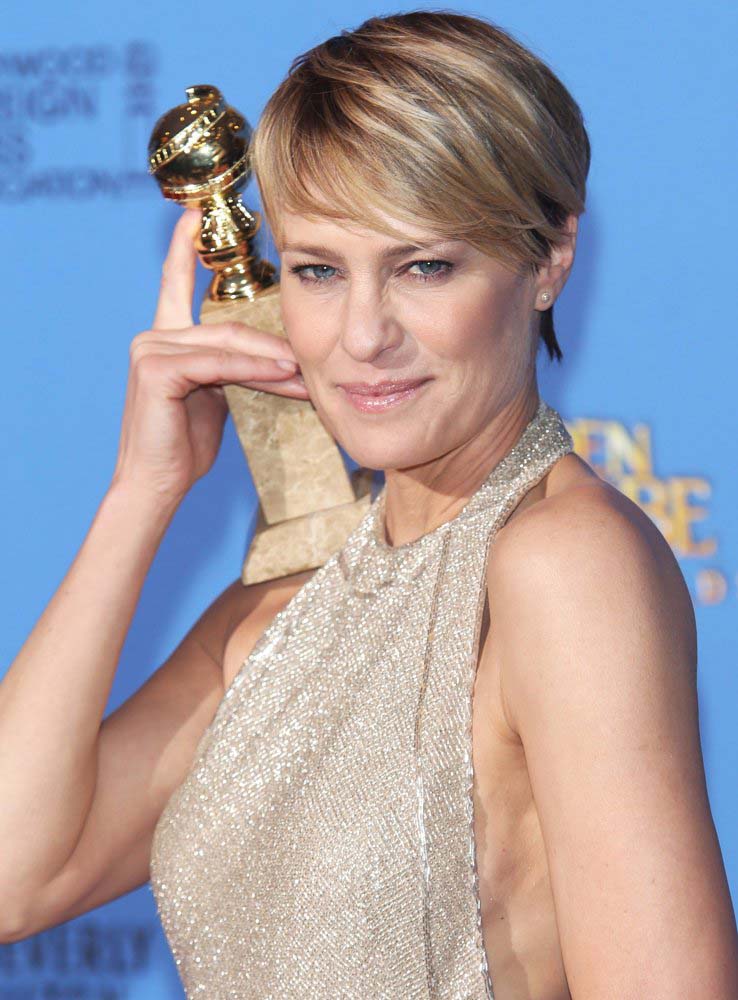 Robin Wright has won the Gold Derby Award for her acting role in ‘House of Cards’ in 2016. She is also the recipient of the Golden Globe Award in 2013 and the Satellite Award in 2013 for the same series. Likewise, she also won the Soap Opera Digest Award for ‘Santa Barbara’ in 1988. In 2005, she received the Locarno International Film Festival Award for ‘Nine Lives’ under the best actress category.

Net Worth of Robin Wright

Robin Wright is one of the highest-paid actresses in the United States. She has gained huge fandom and has earned popularity. Likewise, she has also earned a handsome amount of money from her acting career. She has an estimated net worth of $60 million as of 2021.