Tika Sumpter is an amazing actress in the Hollywood industry who has actively worked in this entertainment field since 2004. Initially, she began her career in modeling and appeared in various commercials. Eventually, she started hosting TV shows and appeared in films and television series.

She came into the limelight from the film ‘Get on Up’ in 2014 and is best known for her leading role in the biographical film ‘Southside with You’ in 2016. Moreover, she has also appeared in a recurring role in ‘Gossip Girl,’ which helped her gain more popularity. Likewise, she has also received various nominations and awards for her acting skills. 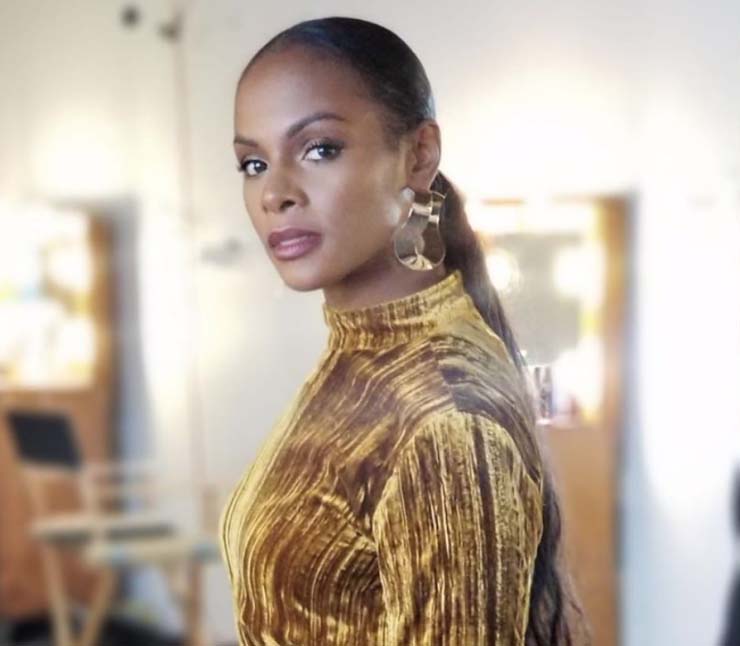 Where was Tika Sumpter born?

Where did Tika Sumpter receive her education?

Tika Sumpter was interested in acting and dancing, which made her join dancing classes when she was nine years old. Moreover, she is a trained tap, jazz, and ballet dancer. Se did her schooling at Longwood Senior High School, where she was a competitive cheerleader. Later she enrolled at Marymount Manhattan College, where she received a communication degree.

What are Tika’s distinctive features?

Tika Sumpter holds an American nationality belonging to the Black ethnicity. Her religious views and religious background are unknown.

Is Tika active in social media?

Tika Sumpter has active social media accounts with a nice fan base. Her Instagram account (@tikasumpter) has 1.7 million, and her Twitter handle (@iamtikasumpter) has 241.6 thousand followers. Likewise, her official Facebook page has 1.6 million followers and 153.50 thousand likes.

Who is Tika Sumpter currently dating?

Tika Sumpter had previously dated many renowned personalities. In 2005, she dated a singer Drake with whom she had a short relationship. She then started her relationship with actor Hosea Chanchez. This couple married in 2009, but after three years of marriage, they were divorced in 2012.

Moreover, she was rumored to be dating actor Nicholas James. This rumor came true after Tika gave birth to their daughter named Ella-Loren, on 8 October 2016. Later, Tika and Nicholas engaged in January 2017. 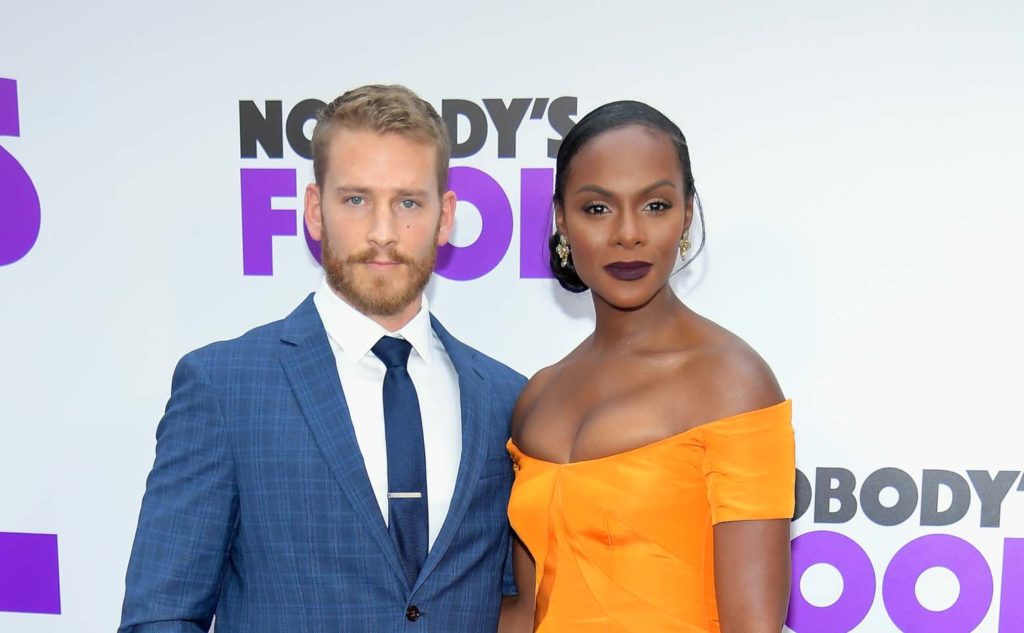 How did Tika Sumpter begin her career in the industry?

In her initial career days, Tika started appearing in commercials. After that, she modeled for fragrance companies like Hewlett-Packard and Liz Claiborne’s. Before this, she worked as a waitress in a hotel.

Tika Sumpter landed her first film role in the 2009 film ‘Brooklyn’s Finest’ in an uncredited role. She then appeared in films like ‘Stomp the Yard: Homecoming’ as Nikki in 2010 and ‘What’s Your Number?’ as Jamie in 2011. Likewise, she also appeared in other films supporting roles like ‘Think Like a Man’ and ‘Sparkle’ in 2012, ‘A Madea Christmas’ in 2013, and ‘My Man is a Loser’ in 2014. The same year, she also starred as Yuonne Fair in a biographical musical drama film, which helped her receive a Black Reel Award nomination. Similarly, she also was a cast of the short film ‘You Never Left’ in 2015.

In 2016, Tika received a breakthrough role in a biographical romantic drama film ‘Southside with You’ Michelle Robinson Obama. This role made her receive various nominations and awards. Moreover, she got a chance to share the screen with Parker Sawyers and Vanessa Bell Calloway. After this, she appeared in films directly in 2018. She played Maureen in ‘The Old Man & the Gun’ for which she was nominated for the Women’s Image Award. Furthermore, her recent played films are ‘The Nomads’ for which she was also a producer, and ‘An Acceptable Loss’ in 2019. Moreover, her last played film is ‘Sonic the Hedgehog,’ where she shared the screen with various actors like Ben Schwartz, Neal McDonough, Jim Carrey, and many more.

Talking about Tika’s television series, her debut TV role was ‘One Life To Live,’ where she played Layla Williamson from 2005 to 2011. Meanwhile, she also appeared in ‘Law & Order: Special Victims Unit’ in 2006. In 2011, she received a recurring role in a teen drama TV series ‘Gossip Girls’ as Raina Thorpe, narrated by famous actress Kristen Bell. The same year, she also appeared in ‘The Game’ as Jenna Rice. Furthermore, in 2013 she appeared in two series, ‘Being Mary Jane’ and ‘The Haves and the Have Nots,’ which is still running.

Likewise, she recently played series like ‘Final Space’ and ‘Mixed-ish’ in 2018 and 2019, respectively, which are still running to date. 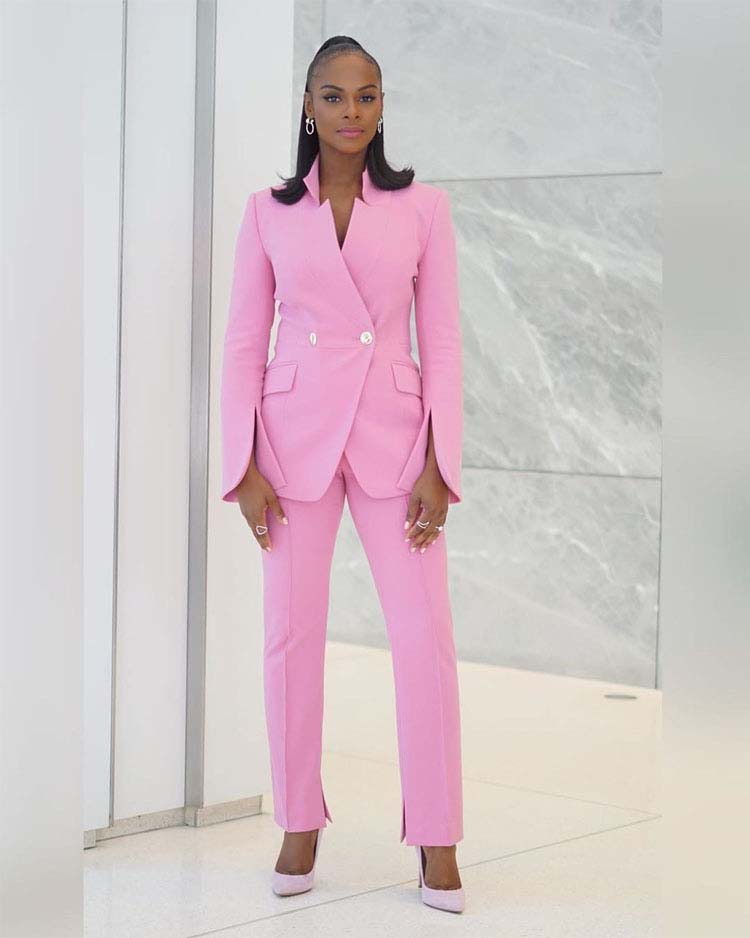 Has Tika Sumpter won any awards?

Tika Sumpter has received nominations for her work in various films. But she has only bagged CIFCC Award for her film ‘Southside with You’ in 2017.

What is the Net Worth of Tika Sumpter?

Tika Sumpter is an outstanding actress who has received a good name, fame, and wealth. Moreover, her primary source of income comes from working in the entertainment industry. As of 2021, her estimated net worth is $6 million.