An American actress and model who is famous for becoming third in the reality television series 'America’s Next Top Model.'

Who is Analeigh Tipton?

Analeigh Tipton is an American actress and model who has worked in the entertainment field from 2008 to date. This actress initially started her career in modeling and then eventually landed roles in films and TV shows. She then participated in the reality television show ‘America’s Next Top Model’ and earned the third position in 2008. This show earned her huge fame and helped her to come into the limelight. Likewise, she officially started her acting career in 2011 and is best known for her role in the romantic comedy movie, ‘Two Night Stand’ where she played the role of Megan Pagano. Moreover, she has also been featured in the 2012 music video with Passion Pit named ‘Constant Conversations.’ 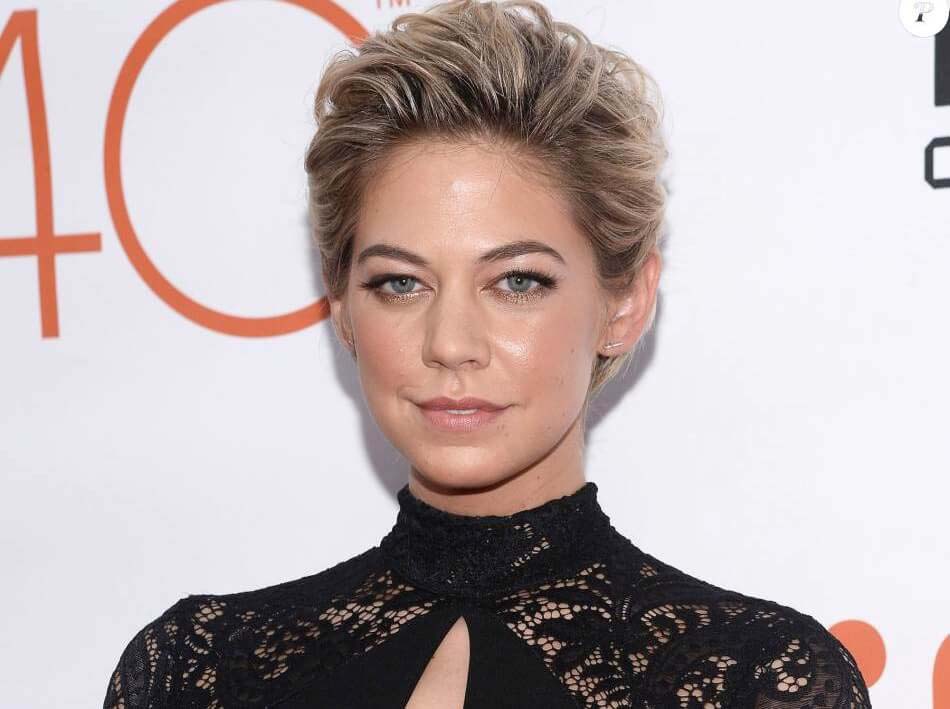 Analeigh Christian Tipton was born on 9 November 1988 in Minneapolis, Minnesota, United States. Her parent’s information is unknown to the internet. She also has an elder sister Whitney Tipton. Additionally, she is currently 32 years old with a Scorpio star sign.

Analeigh Tipton holds an American nationality and as per her ethnicity, she is White. Besides, she stands 5 feet and 9 1⁄2 inches (1.77m/177cm) tall and weighs around 58 kg (128 lbs). Her body measurements are 35-25-35 inches, respectively with a slim body type. Moreover, she has a pair of blue-colored eyes with light brown hair color.

Analeigh Tipton attended St. Francis High School and did homeschooling for her primary and secondary education. She then enrolled at Marymount College and took the course in films. Moreover, she also took acting skills at New York Film Academy.

Talking about her childhood days, Tipton was very good at ice skating. She even participated in local competitions and won a few of them. However, she discontinued playing that at the age of 16. After some time, she had an interest in filmmaking and also studied it. But her fate had other plans for her and she joined modeling.

Analeigh Tipton started dating Aaron McManus at the end of 2007. They engaged in December 2013 but after six years of togetherness, they broke up in August 2014. She is currently dating actor Jake McDorman. They are together since 2014 after her previous relationship didn’t work out. 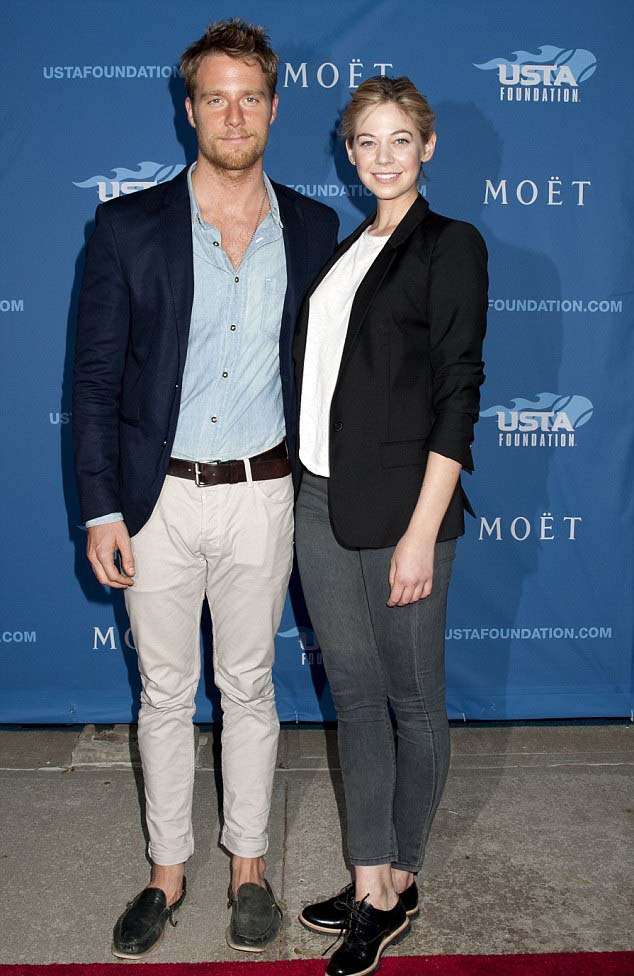 Analeigh Tipton was 19 years old when she participated in ‘America’s Next Top Model’ in 2008. Initially, she had low confidence but as she grew in the show, she became more confident and earned the third position in the show. Before ANTM, she worked with ‘I Model & Talent’ and also did ramp shows with well-known designers. Following her success, she was signed by different agencies like Ford Models, Abrams Artists Agency, etc. Moreover, she also featured on the cover pages of famous magazines like Vogue, Maxim, Seventeen, and Marie Clair. Analeigh even did campaigns for clothing brands like Guess and Forever 21. This actress also walked at the ramp at the ‘Los Angeles Fashion Week’ for the popular designer David Alexander. After this, she received more fame and also modeled the pre-fall collection of Geren Ford.

Deep down, Analeigh always wanted to pursue a career in acting and writing. So she retired from modeling and focused her way out in an acting career.

Analeigh Tipton first landed her acting role in the 2008 series ‘The Big Bang Theory’ as herself. She then appeared in episodes of different series like ‘Hung’ in 2011, ‘The Power Inside’ in 2013, and ‘Manhattan Love Story’ in 2014. In 2015, she played in ‘Limitless’ as Shauna and also starred as Vanessa Bennett in ‘The Big Bang Theory.’ She shared the screen alongside stars like Johnny Galecki, Sara Gilbert, Jim Parsons, Kevin Sussman, Kaley Cuoco, Laura Spencer, Mayim Bialik, etc. Likewise, her next television role came in ‘Murphy Brown’ in 2018 and ‘Why Women Kill’ in 2019.

Talking about her movies, she landed her debut film role in ‘The Green Hornet’ in 2011. The same year, she also played in ‘Crazy, Stupid, Love’ as Jessica Riley and in ‘ Damsels in Distress’ as Lily. Likewise, she next appeared as Nora in ‘Warm Bodies’ in 2013 and as Caroline in ‘Lucy’ in 2014. She is also well-known for her lead role in ‘Two Night Stand’ where she played the role of Megan Pagano. Similarly, she then appeared in ‘Mississippi Grind’ as Vanessa in 2015 and in ‘Between Us’ as Veronica in 2016. Tipton also played three different other films in 2016 named ‘Viral,’ ‘In Dubious Battle,’ and ‘Compulsion.’

Furthermore, in 2017 she became one of the casts of ‘Golden Exists’ as Jess and in ‘All Nighter’ as Ginnie. She also had a role in ‘Better Start Running’ in 2018 alongside Alex Sharp, Edi Gathegi, Karan Soni, Maria Bello, and Jeremy Irons. Her last played film is ‘Summer Night’ in 2019 and her upcoming film is ‘The Long Home.’ 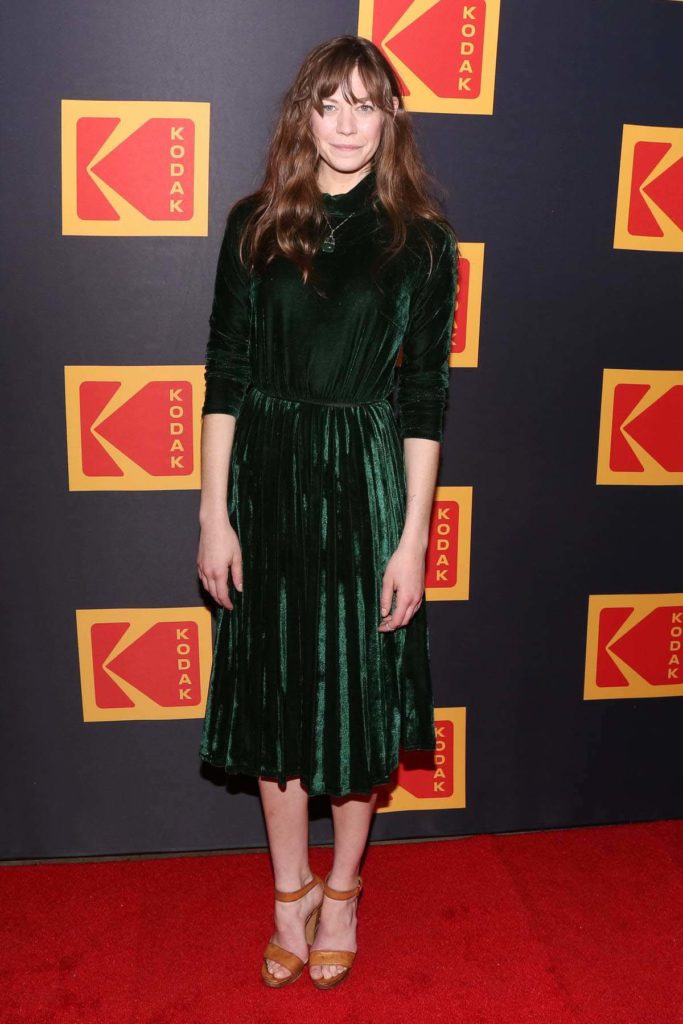 Analeigh Tipton is yet to receive awards for her acting roles.

Net Worth of Analeigh Tipton

Analeigh Tipton earns from her professional career. As of 2021, her estimated net worth is $1.5 million.