Ronnie Coleman is an American retired professional bodybuilder. He has won Mr. Olympia’s title for eight years straight. Coleman is also known as one of the greatest bodybuilders of all time. He also held the record for most wins as an IFBB professional with 26 titles, but now it has been broken by Dexter Jackson.

His nickname is ‘GOAT’ (greatest of all time). Between 1992 to 1994, Ronnie failed to win a single trophy, but he came back strong to cement his name in the history books. 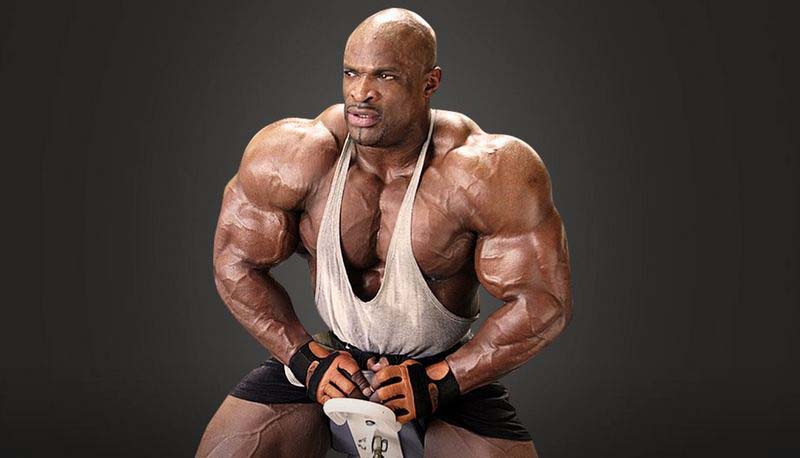 Where was Ronnie Coleman born?

Ronnie Dean Coleman was born on 13 May 1964 in Monroe, Louisiana, United States. He was raised by a mother, Jessie Benton, who also has a muscular physique. Likewise, he grew up along with his four siblings; two sisters and a brother.

Furthermore, he is a Former Police Officer for the Arlington police and also a professional bodybuilder. He is retired now. He is settled in Arlington, Texas, United States. Ronnie is currently 57 years old with a Taurus sun sign.

Where did Ronnie Coleman receive her education?

Ronnie Coleman completed his schooling at Bastrop High School in 1982 and graduated from Grambling State University (GSU) with a BSc in accounting in 1984. While at the university, he played American football as a middle linebacker with the GSU Tigers under Coach Eddie Robinson.

Due to his growing reputation in football, Ronnie became determined to stay more robust than his peers. Therefore, he worked tirelessly to gain strength and size in the gym. Ultimately, this is what motivated him to begin lifting weights and set out on his fitness journey.

What are Ronnie’s distinctive features?

Ronnie Coleman holds an American nationality, and as per ethnicity, he belongs to the black race. His religious view is Christianity.

How was Ronnie’s early life?

After earning his degree in Accounting, Ronnie moved to Texas, believing that more job opportunities would be in the neighboring state. However, he struggled to find a job as an accountant and delivered pizzas for a food company Domino’s Pizza instead. He also got to eat complimentary pizzas every day due to being so weak that he could barely afford to eat outside of work.

Likewise, during his hunt for other jobs, Ronnie found an opening at the Arlington, Texas police station in the newspaper. Soon after, he’d applied and successfully gained his new career at the age of 25. From 1989 to 2000, he worked as a police officer in Arlington, Texas, and a reserve officer until 2003. Ronnie continued to train in the gym. Fortunately, the police station was equipped with a private gym, so he managed to fit his weight-lifting schedule around his new lifestyle in the police force.

How did Ronnie Coleman begin his career?

After growing too strong for the limited equipment available at the police station, Ronnie signed up to the Metroflex gym down the road, where he was introduced to Brian Dobson’s owner. Brian realized Ronnie’s potential to succeed as a bodybuilder, so he took a keen interest in him as a promising athlete and offered Ronnie a lifetime free membership if he allowed Brian to train him for the upcoming ‘Mr. Texas Bodybuilding competition that year. This was enough to convince Ronnie, the future champion, to enter his first show. He then began his intense preparation, getting ready to step on stage for his debut. A few months under the guidance of gym owner Brian Dobson, Ronnie was in a prime condition to start his competitive bodybuilding career. Ronnie won first place in both the heavyweight and overall categories. He also defeated his coach Brian himself. 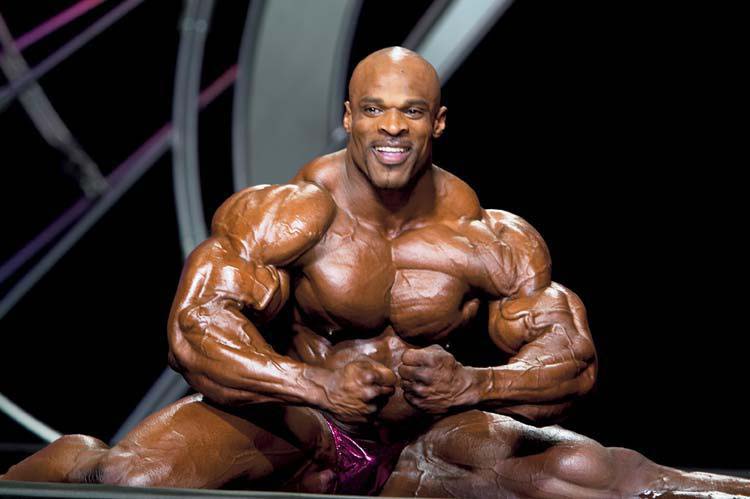 Ronnie riding high from his victory, wasted no time and entered another contest the same year, ‘1990 NPC Texas Championship’. Ronnie stood in third behind the likes of Jerry Rodgers and Edgar Fletcher. He convinced himself to take time away from the stage to further develop his physique from this competition. After taking a break and resting away from the limelight in 1990, he made his return with more experience than before. He was naturally gifted with a muscular body and managed to build formidable arms. With this encouragement, Ronnie entered the ‘1991 World Amateur Championships’. The judges there became impressed by Ronnie’s physique. He overshadowed his competitors and won the first-place trophy. He won the award and earned the prestigious Pro Card- becoming a professional bodybuilder at 27.

Talking more about his career, Ronnie didn’t have an easy start. His first show was the ‘1992 Chicago Pro Championships’, which featured Bob Paris, Kevin Levrone, and Milos Sarcev. He was placed eleventh, which set the tone for his next three years. Furthermore, between 1992–1994, Ronnie entered ten more competitions, and the highest he managed to win was third. He earned his first competition as a professional in the ‘Canada Pro Cup’ in 1995. The following year, he won the contest again and then went on to win the 1997 Russian Grand Prix. He also participated in powerlifting competitions in the mid-1990s.

Likewise, he wrote his name into the record books. Ronnie matched Lee Haney’s record by winning the prestigious Mr. Olympia show eight times. By consistently beating Flex Wheeler, Shawn Ray, Kevin Levrone, Lee Priest, and Jay Cutler – Ronnie became known as one of the greatest bodybuilders in the sport’s history. In addition to his success as a professional bodybuilder, it led to many product endorsements and other opportunities in his career. He has visited places like Brazil, Austria, China, and Australia. He has also made many guest appearances at gym openings all around the United States.

Ronnie was keen to stay involved in the fitness industry even after his retirement. So, he decided to create his own supplements company, which markets a range of fat burners to pre-workouts.

When did Ronnie Coleman retire?

After a record-breaking 15 years spent competing at the highest level, Ronnie decided to retire after 2007, Mr. Olympia. He left the sport as a legend beating Arnold’s Mr. Olympia record and cementing his name, among other idols.

Who is Ronnie Coleman’s wife?

Ronnie, after his retirement, did seven operations on his back, including a grueling eleven hours surgery. In addition, he damaged his body due to heavy lifting during his intense training session. As a result, he had to cope with living in a wheelchair for a specified period. 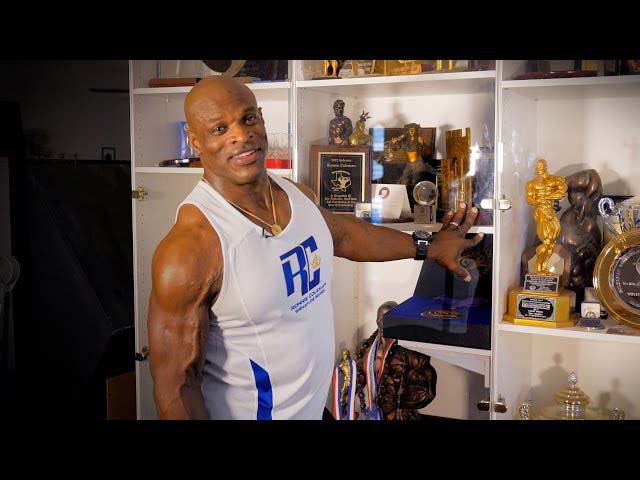 Is Coleman active in social media?

What are Ronnie’s achievements?

What is the net worth of Ronnie Coleman?

Ronnie has made a lot of money from his professional bodybuilding career over the years. His net worth is approximately $12 million as of 2021.