Who is Lily Collins?

Lily Collins is an English-American model and actress who have been active in this show business since 1992 and is still actively working. She has been associated with acting and modeling when she was just two years old in small babies’ roles. She is also a writer who wrote popular teen magazines like ‘Teen Vogue’ and ‘Seventeen.’

After this, she ventured into hosting shows and eventually stepped into acting. Though she acted in various other movies, the movie she rose in prominence was ‘Mirror Mirror’ in 2012. She is also an aspiring activist who speaks against anti-bullying topics and helps non-profitable charitable organizations. 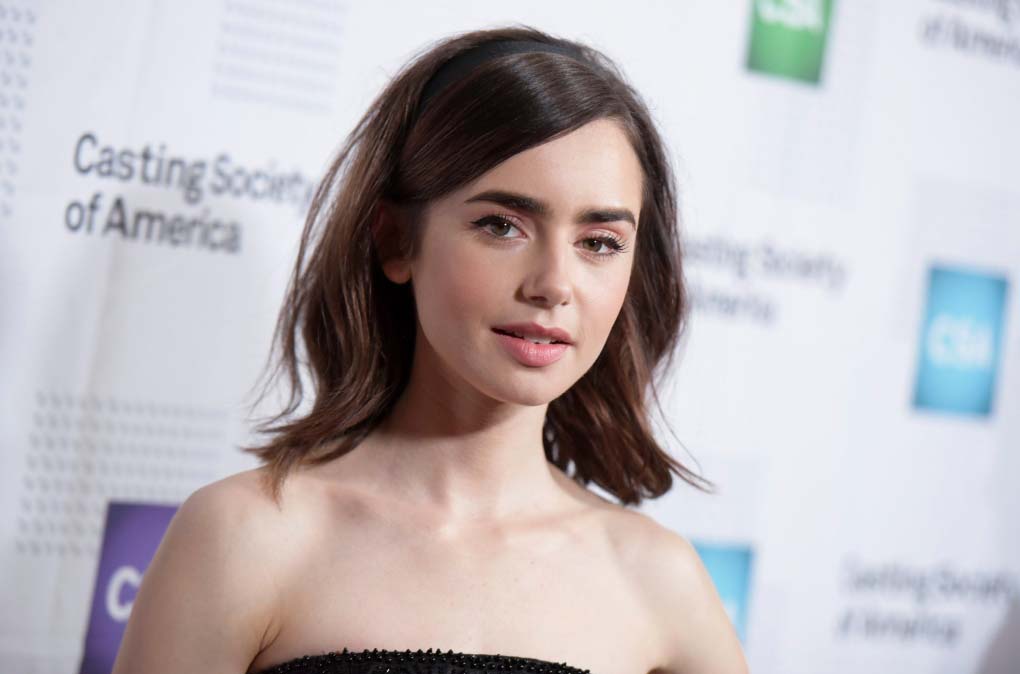 Lily Jane Collins was born on March 18, 1989, in Guildford, Surrey, England. Her father is a famous English musician Phil Collins, and her mother is Jill Tavelman. Lily has an older sister and two half-younger brothers from her father’s another marriage. She is currently 31 years old with a Pisces sun sign.

Lily Collins holds British and American nationality. She belongs to white ethnicity and is a devoted Christian. Her ancestry is American, and her descent is Russian, Jewish, English, and German. Besides this, she stands 5 feet 5 inches (1.67m/167cm) tall and weighs around 51 kg (112lbs). Lily has a slim body complexity with 32-24-33 Inches, respectively. Moreover, she has a pair of hazel brown colored eyes with dark brown hair color.

Lily Collins was just two years old when she appeared in a series named ‘Growing Pains.’ She was seven years old when she moved to Los Angeles with her mother due to her parents divorced. There she attended Harvard-Westlake School. She was interested in journalism, which led her to enroll in the University of Southern California, taking a degree in broadcast journalism.

Lily Collins is currently in a relationship with Charlie McDowell since 2019, and recently in September 2020, they got engaged. Previously she dated many other guys like Taylor Lautner, Zac Efron, Chris Evans, and Nick Jonas. 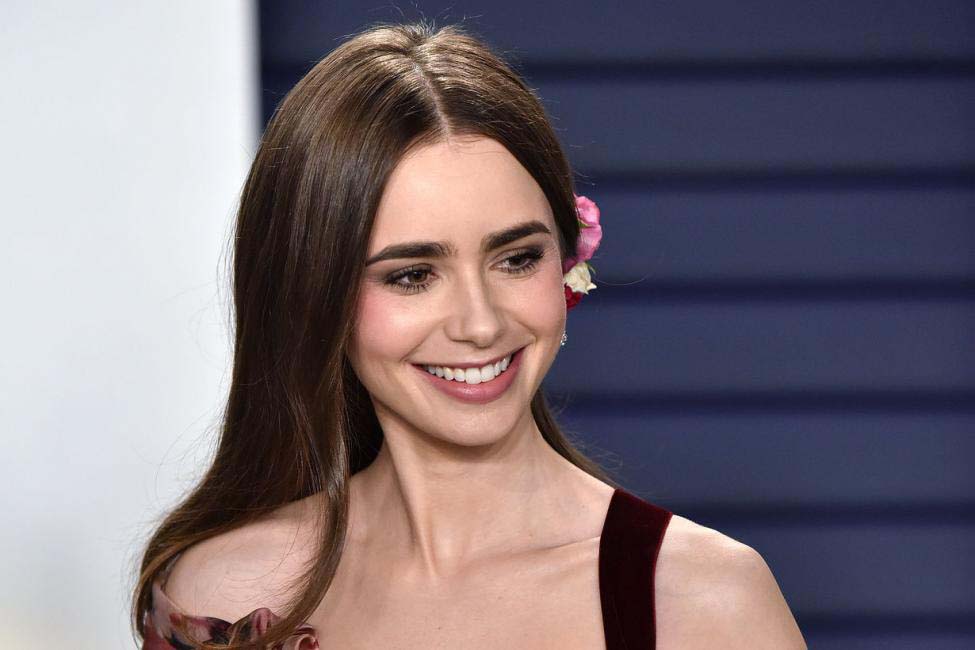 Lily was interested in writing during her teenage days which led her to be the writer of certain magazines like ‘British magazine,’ ‘Teen Vogue,’ and ‘Seventeen.’ She has also modeled for the famous brand called Chanel in 2007 at ‘Bal des débutantes’ in Paris. Likewise, she also hosted the Nickelodeon show called ‘Kids Pick the President.’ In 2009, she featured in the film ‘The Blind Side,’ where she acted as Collins Tuohy.

The same year, she appeared in a teen drama TV series ‘90210’ in two episodes. She also got a chance to share the screen with Paul Bettany in the 2011 film ‘Priest’ as Lucy. She came in the limelight and rose in prominence when she cast in the 2012 film ‘Mirror Mirror’ as Snow White. This film was based on the story of ‘Snow White and the Seven Dwarfs.’ She also appeared in the movie ‘Stuck in Love’ the same year.

In 2013, Lily appeared in two films, ‘The Mortal Instruments: City of Bones’ and ‘The English Teacher’ and a music video named City of Angels. In 2014 and 2016, she appeared in films like ‘Love, Rosie’ and To the Bone. Likewise, she starred in a drama film ‘Okja’ under Bong Joon-ho, produced by Netflix in 2017.

The same year, she was cast in ‘Les Misérables,’ a six-syndic British series where she portrayed a young lady named Fantine. Similarly, in 2019 she played a dark drama biographical crime film ‘Extremely Wicked, Shockingly Evil and Vile’ opposite of Zac Efron, and her role was Elizabeth Kendall. Recently, in 2020 she was seen in Vaughn Stein directed thriller film ‘Inheritance’ alongside Simon Pegg.

Lily Collins has received nine total nominations for her acting role, out of which she has bagged four of them. To name them, they are the Young Hollywood Awards in 2008, the Hollywood Film Awards in 2016, the Alliance of Women Film Journalists Award, and the Costume Designers Guild Award in 2017. Likewise, in 2012 she has also been listed in number four by ‘People’ magazine under World’s Most Beautiful Women.

Lily Collins is an amazing actress who has a massive fan following all across the world. She earns from her acting career, and her current net worth is $8 million.