Will Arnett is a Canadian-American actor, comedian, and producer who has been associated with this show business since 1996. He was interested in acting from his childhood days, and his mother also encouraged him to learn acting. Moreover, Will is a self-established actor who is regarded as one of the world’s talented actors.

Beginning his acting career in a film as a supporting role, he eventually became lead roles in movies and television series. Will is well-known for his acting role in ‘BoJack Horseman’ as a titular role, the Netflix series. Likewise, he is also a comedian and a voice actor who has lent voice to various characters. 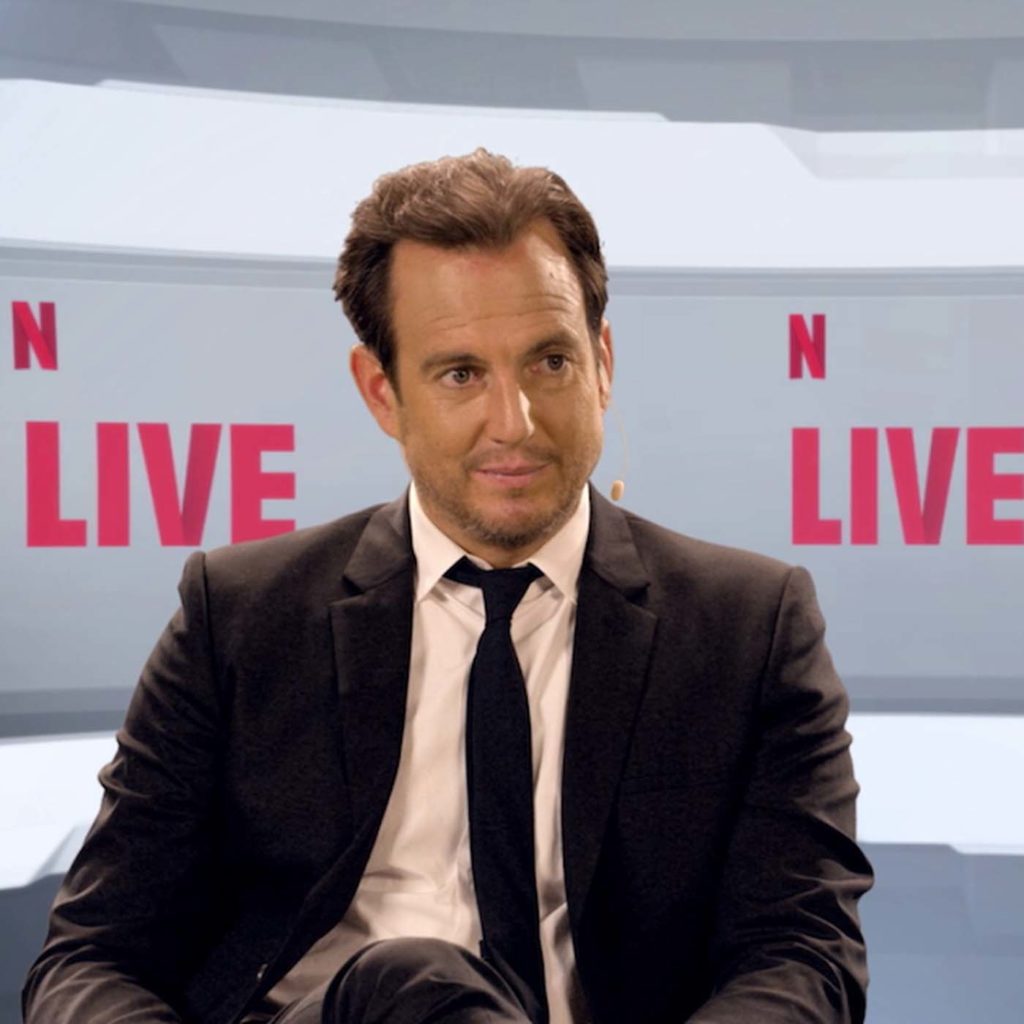 Where was Will Arnett born?

Will’s full name is William Emerson Arnett, born on 4 May 1970 in Toronto, Ontario, Canada. He was born as a third child to his parents Edith Alexandra and Emerson James. His father worked as a corporate lawyer and a brewer. Arnett grew alongside his two elder sisters and a younger brother. Moreover, he is currently 51 years old with a Taurus sun sign.

What is Will’s educational detail?

Will Arnett changed three schools to complete his schooling education. He attended Lakefield College School, Subway Academy II, and Leaside High School. Meanwhile, he also enrolled at Tarragon Theatre because he had an interest in acting. Later, he enrolled at Concordia University, but he dropped out after a semester to pursue his acting career.

What is the distinctive feature of Will Arnett?

Will Arnett holds the citizenship of two countries, Canada and America. As per his ethnicity, he belongs to White. Likewise, he has not disclosed anything about his religious background and beliefs. 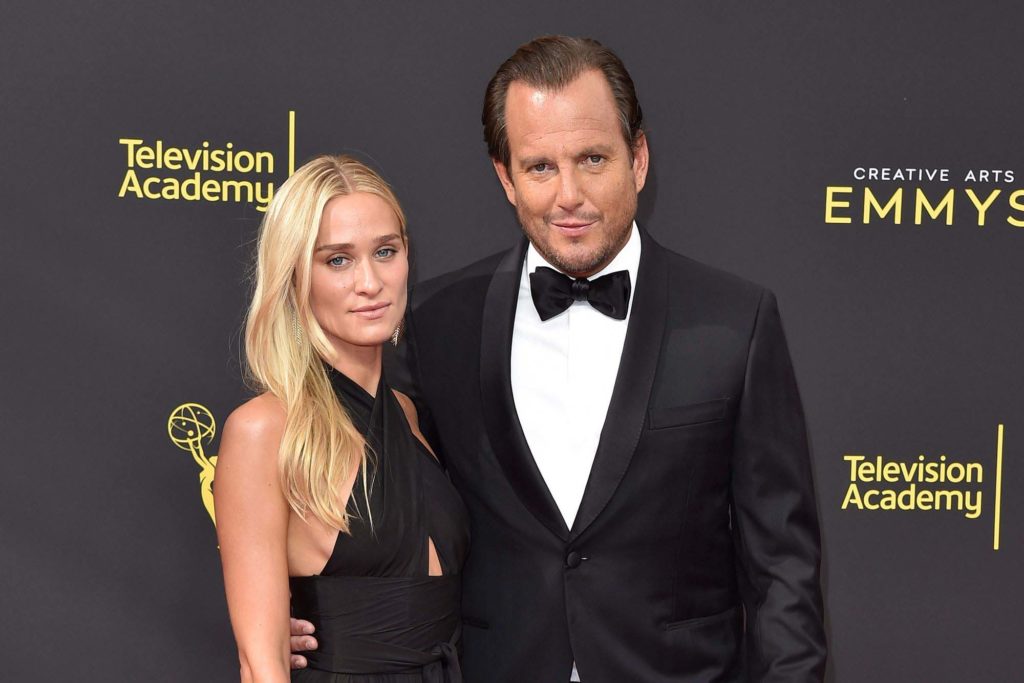 Who is Will Arnett’s wife?

Will Arnett has married twice. His first marriage happened in 1994 with Penelope Ann Miller. Sadly they separated in 1995. Similarly, he then married an actress Amy Poehler on 29 August 2003.

Amy and Will together have two children; both are sons. The first son was born in October 2008, and the second one was born in August 2010. Unfortunately, Will and Amy also separated in 2012.

Currently, he is in a relationship with Alessandra Brawn, and they recently gave birth to a son on 27 May 2020.

Is Will Arnett socially active?

Will Arnett is active in his social media accounts. His official Facebook page has 180.9 thousand followers and 72.9 thousand likes. Likewise, his Twitter handle has 498.8 thousand followers. He does not have an official Instagram account though there are lots of fan accounts in his name.

How did Will Arnett begin his career?

Will Arnett landed his debut acting role on big-screen in the 1996 film ‘Close Up’ as Dave. The same year, he also played in ‘Ed’s Next Movie,’ directed by John Walsh. After he did two films, he did not play in any other films for two years. In the movie, he appeared playing the role of Ezra Caton in ‘The Broken Giant’ in 1998. Till 2005, he appeared in five different films, and in 2006, he received his significant breakthrough role. Will made a cameo voice role in ‘ Ice Age: The Meltdown’ as Lone Gunslinger. The same year, he appeared in other films like ‘RV,’ ‘The Great New Wonderful,’ ‘Let’s Go to Prison,’ and ‘Wristcutters: A Love Story.’

Likewise, in 2007 and 2008, he was cast in various films like ‘The Brothers Solomon,’ ‘Ratatouille,’ ‘Semi-Pro,’ ‘Grindhouse,’ and many more. Moreover, Will was mostly known for his voice, acting because of his raspy, deep-throated voice. This earned him lead voice roles in various movies. He voiced over in the films like ‘Monsters vs. Aliens,’ ‘Despicable Me,’ ‘The Lego Movie,’ ‘The Lego Batman Movie,’ and ‘The Nut Job 2: Nutty by Nature.’ He also served as a producer in ‘Teen Titans Go! To the Movies.’

Recently, in the past three years, he played as a voice actor in the films like ‘The Lego Movie 2’ where he reprised his old voice role, ‘Dolittle,’ and ‘Rumble.’ During these cinemas, he shared the screen with very renowned actors like Rami Malek, Elizabeth Banks, Chris Patt, Charlie Day, Jessi Buckley, Terry Crews, Bridger Everett, Tom Holland, Alison Brie, Ben Schwartz and many more.

Talking about Will Arnett’s television roles, he has appeared in many series. His first played series is ‘Sex and the City in 1999, and the same year, he also appeared in ‘The Mike O’Malley’ as Jimmy. Between 2000 to 2005, he starred in different series, out of which ‘Arrested Development’ was a turning point for his career. He portrayed George Oscar “Gob” Bluth II, which gained him a huge success. Moreover, he appeared in 82 episodes from 2003 to 2006, 2013, and 2018- 2019. Meanwhile, in 2005 and 2006, he gained more voice roles in ‘Odd Job Jack’ and ‘Danny Phantom’ in 2005 and ‘Freak Show’ and ‘O’Grady’ in 2006. Furthermore, he also appeared in 13 episodes of ‘Sit Down, Shut Up’ in 2009. The same year he also featured in the television particular program ‘Monsters vs. Aliens: Mutant Pumpkins from Outer Space.’

In 2010- 2011, he appeared in his own produced series ‘Running Wilde’ as Steve Wilde. Moreover, he was also a co-creator of this series. Apart from acting, he has also hosted many TV programs like ‘Minecon Earth 2017,’ ‘Netflix: LIVE,’ etc. Likewise, in 2014 he produced the Netflix series ‘BoJack Horseman .’ He has a titular role. This series has a central role throughout his successful career, which ran till 2020.

Similarly, in 2017 he again produced a show called ‘Hot Date,’ which is still running. It starred Emily Axford and Brian K. Murphy in the lead roles. His recently played series is ‘The First Team .’ He has yet produced another competition TV show, ‘LEGO Masters,’ where he is the host. It has already aired its 10 episodes as the first season of the show. 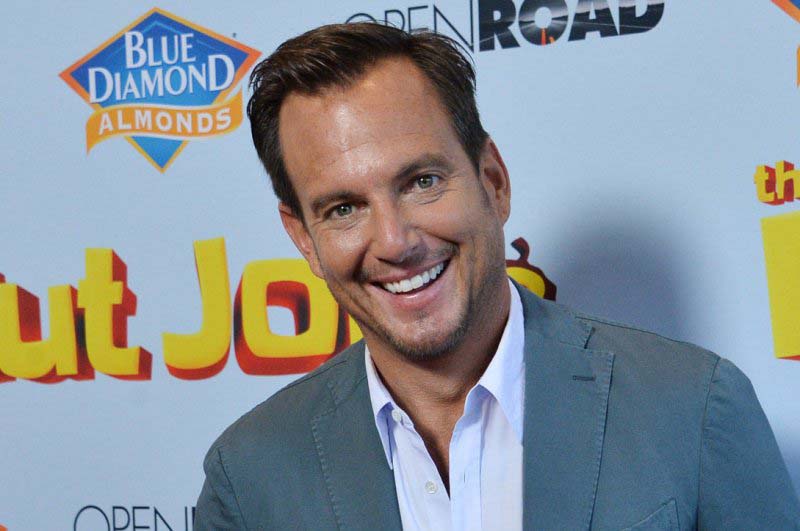 What are the awards won by Will Arnett?

Will Arnett has received many honorable nominations for his contribution to this entertainment field. He won the Future Classic Award in 2004 for his work in ‘Arrested Development.’ Similarly, he has won Annie Awards for his work in ‘BoJack Horseman’ in 2019.

What is the Net Worth of Will Arnett?

Will Arnett is one of the talented actors and a voice actor in the film industry. He has earned fame and name and made a massive amount of money through his acting career. His estimated net worth as of 2021 is $20 million.